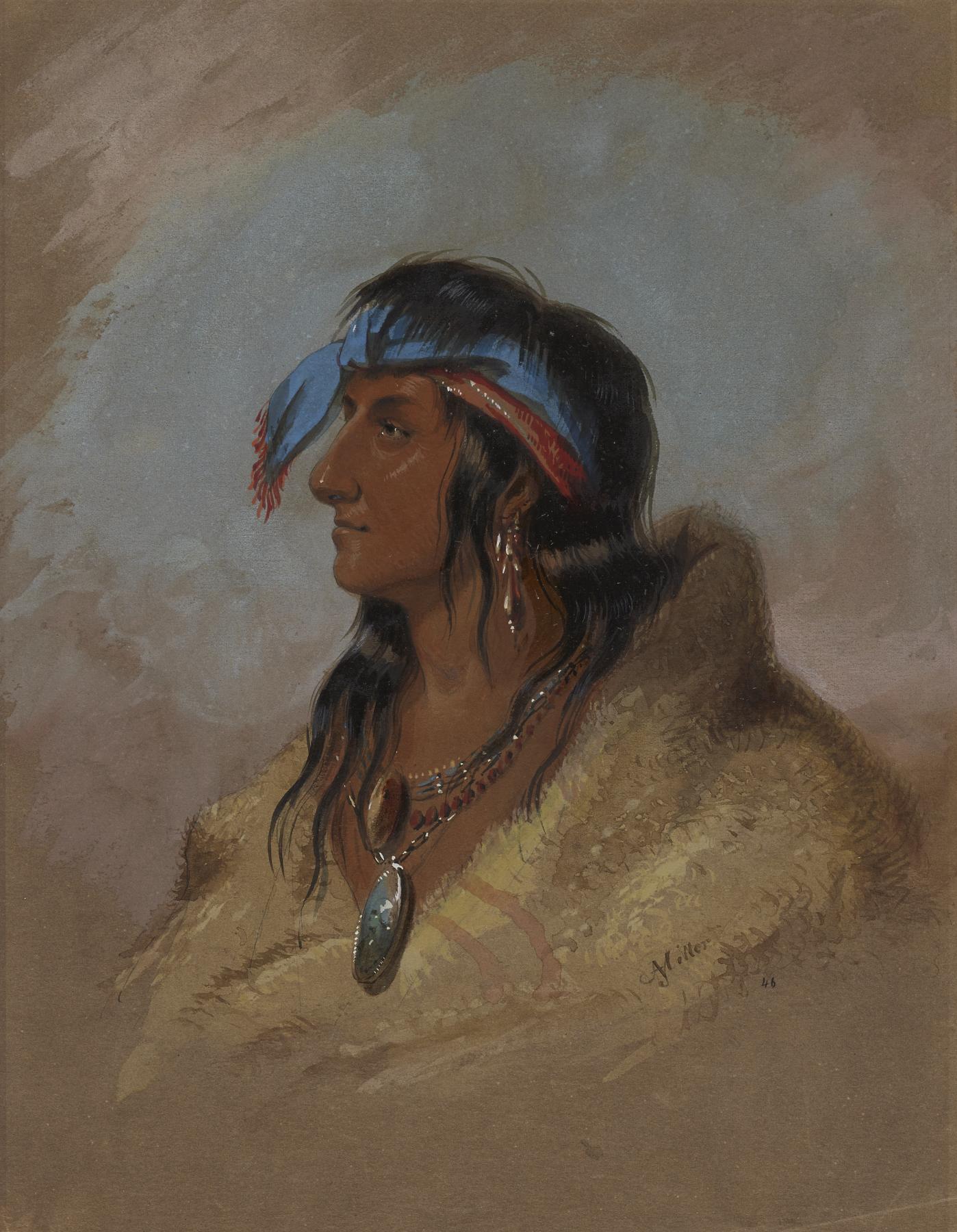 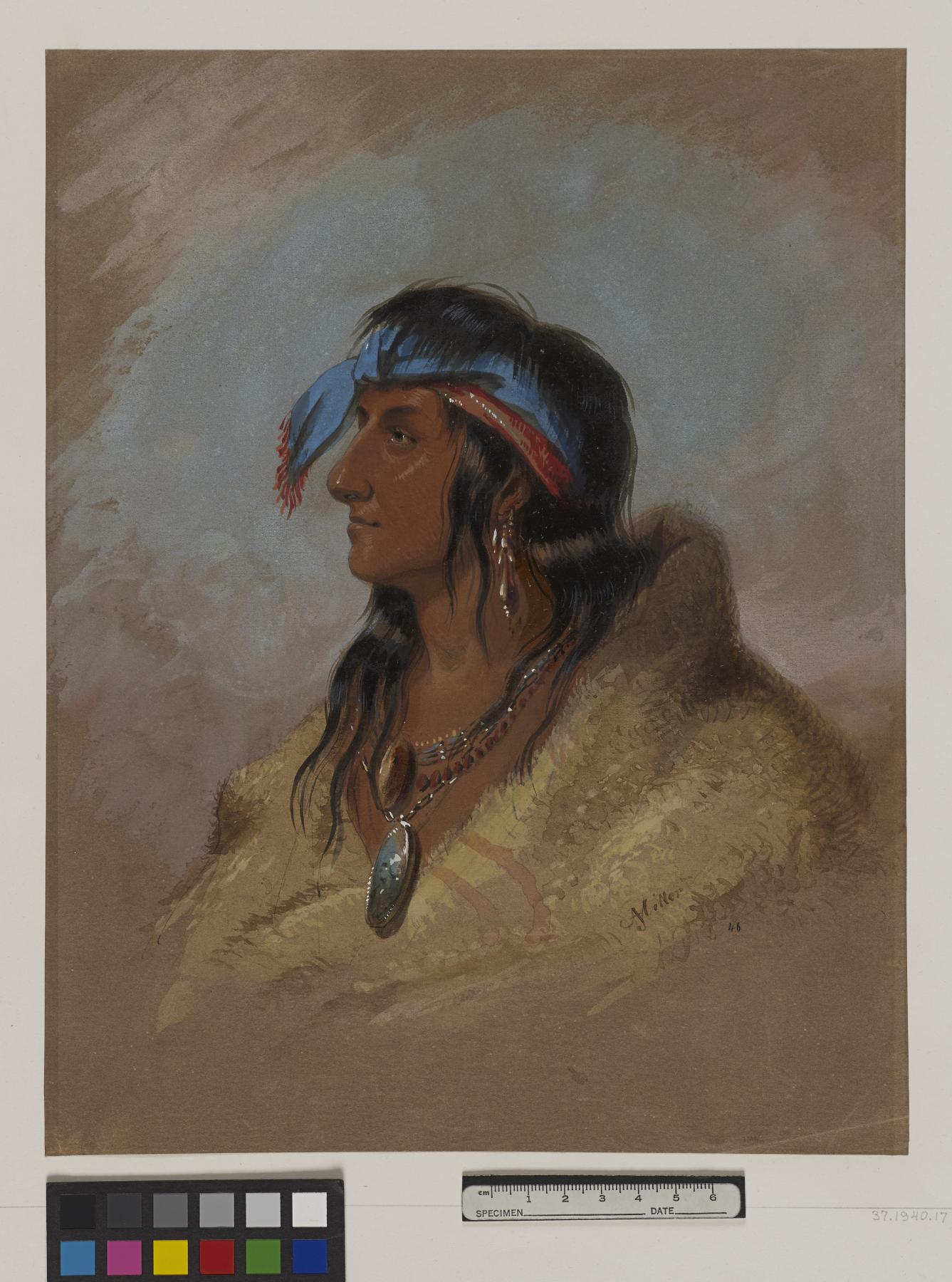 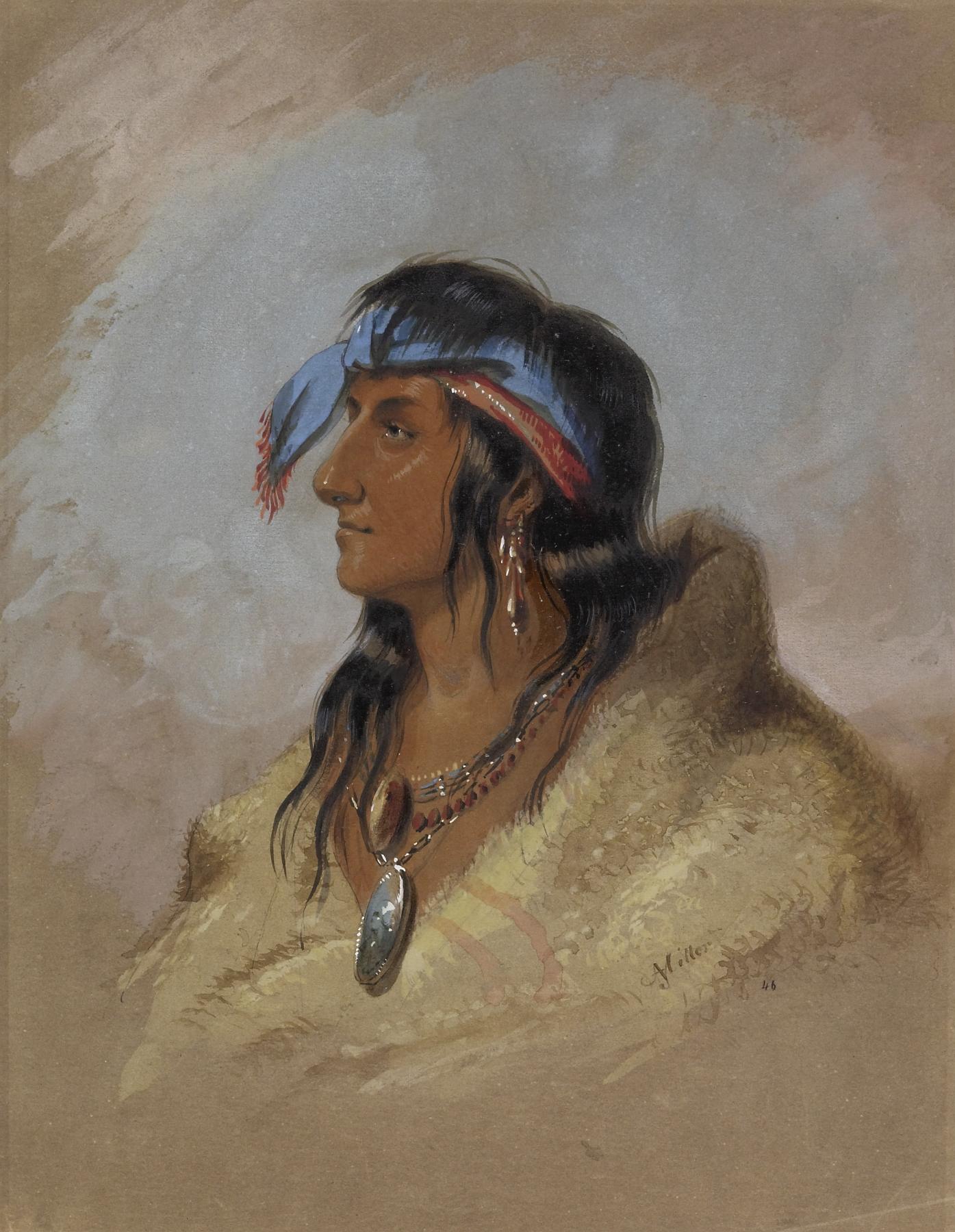 " A chief of the Kansas. These have become poor and reduced in numbers. The Buffalo on which they depended for their food having long ago migrated West, leaving them but a sparse supply of deer, wild turkeys, and prairie-hens to subsist on" A.J. Miller, extracted from "The West of Alfred Jacob Miller" (1837).