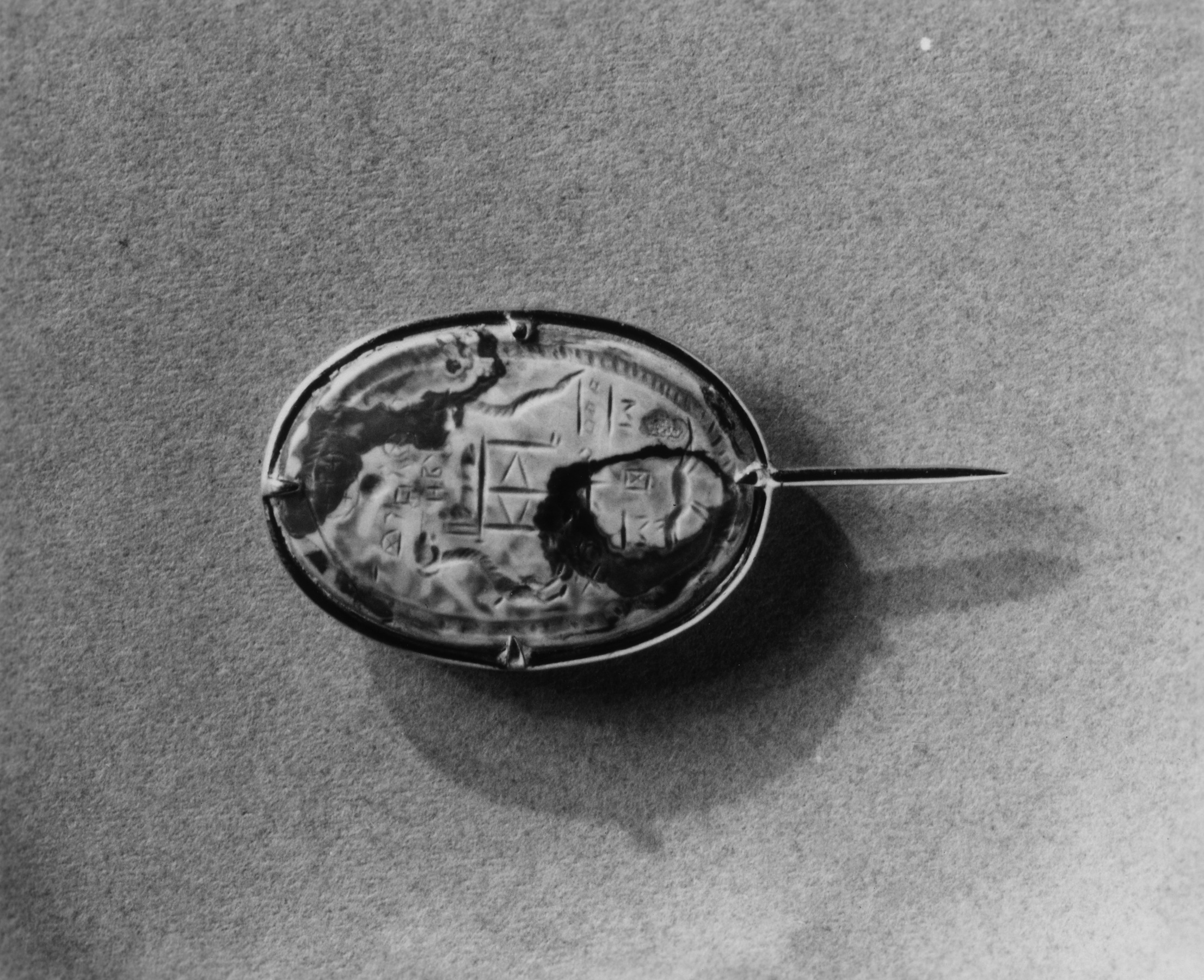 Intaglio with Animals and an Ouroboros Set in a Pin

This intaglio depicts a bundle, possibly a representation of Amon, lying on a table or couch. On the right is an ox-headed serpent, and on the left is a monster formed from the head of a ram, the neck of a snake, and the body of a goat. Characters are above and below. On the very top is a oval enclosing five stars, and on the bottom is a four-legged animal, perhaps a jackal or a fox. The entire image is sorrounded by an ouroboros (a snake eating its own tail). The intaglio is mounted in gold as a stick pin. The reverse is plain.