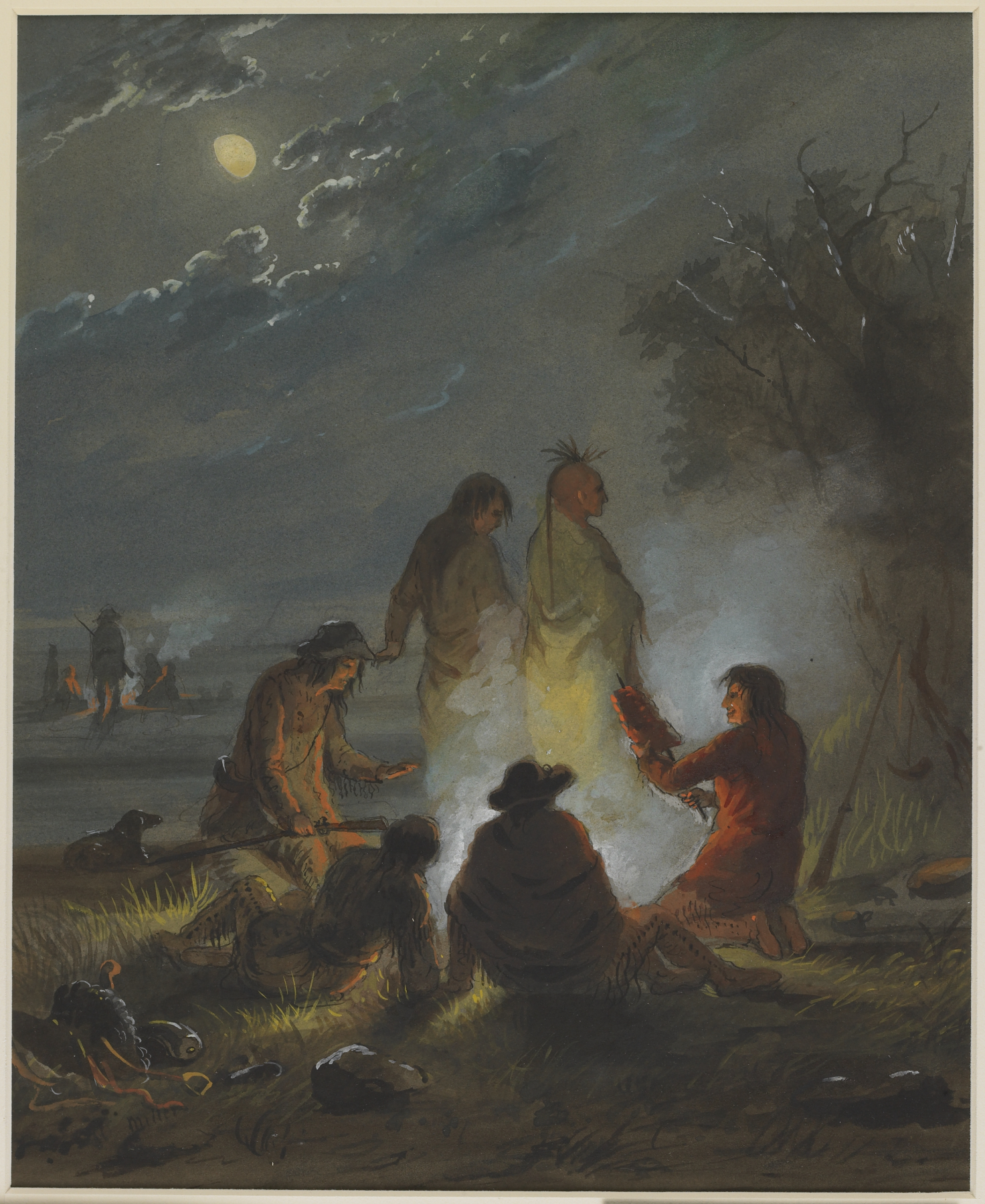 "A Trapper is here preparing that most glorious of all mountain morsels, 'a hump rib' for supper. He is spitting it with a stick, the lower end of which is stuck in the ground near the fire inclined inwards. ... The guard for the watch of night is seated to the left. His duty expires at 12 o'clock when he is relieved by another, who continues the guard until 5 o'clock A.M., when the horses are unloosed to feed preparatory to starting. Breakfast is ready at sunrise, and when finished the tents are struck, luggage packed, horses caught up, and another day's journey commenced." A.J. Miller, extracted from "The West of Alfred Jacob Miller" (1837).