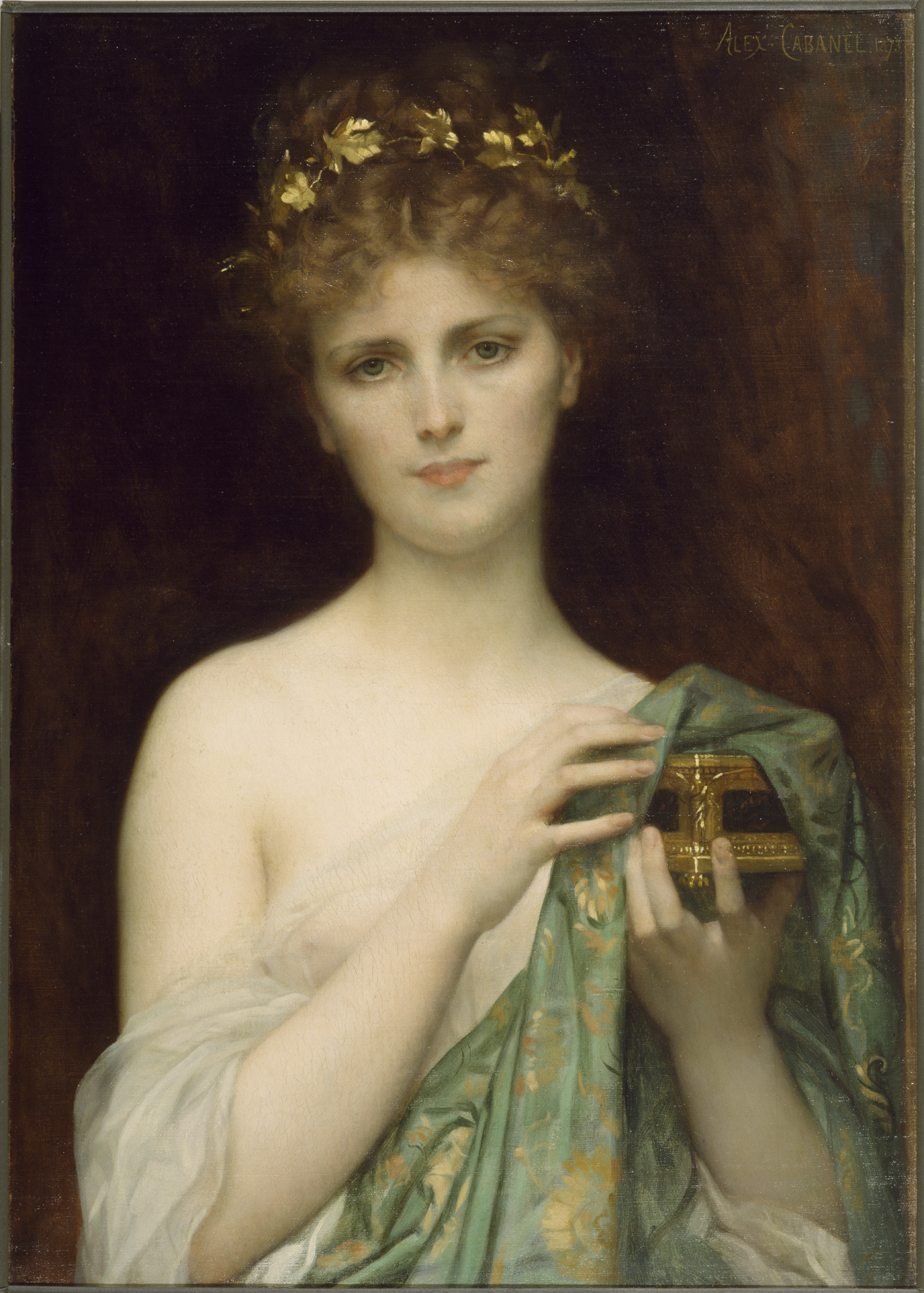 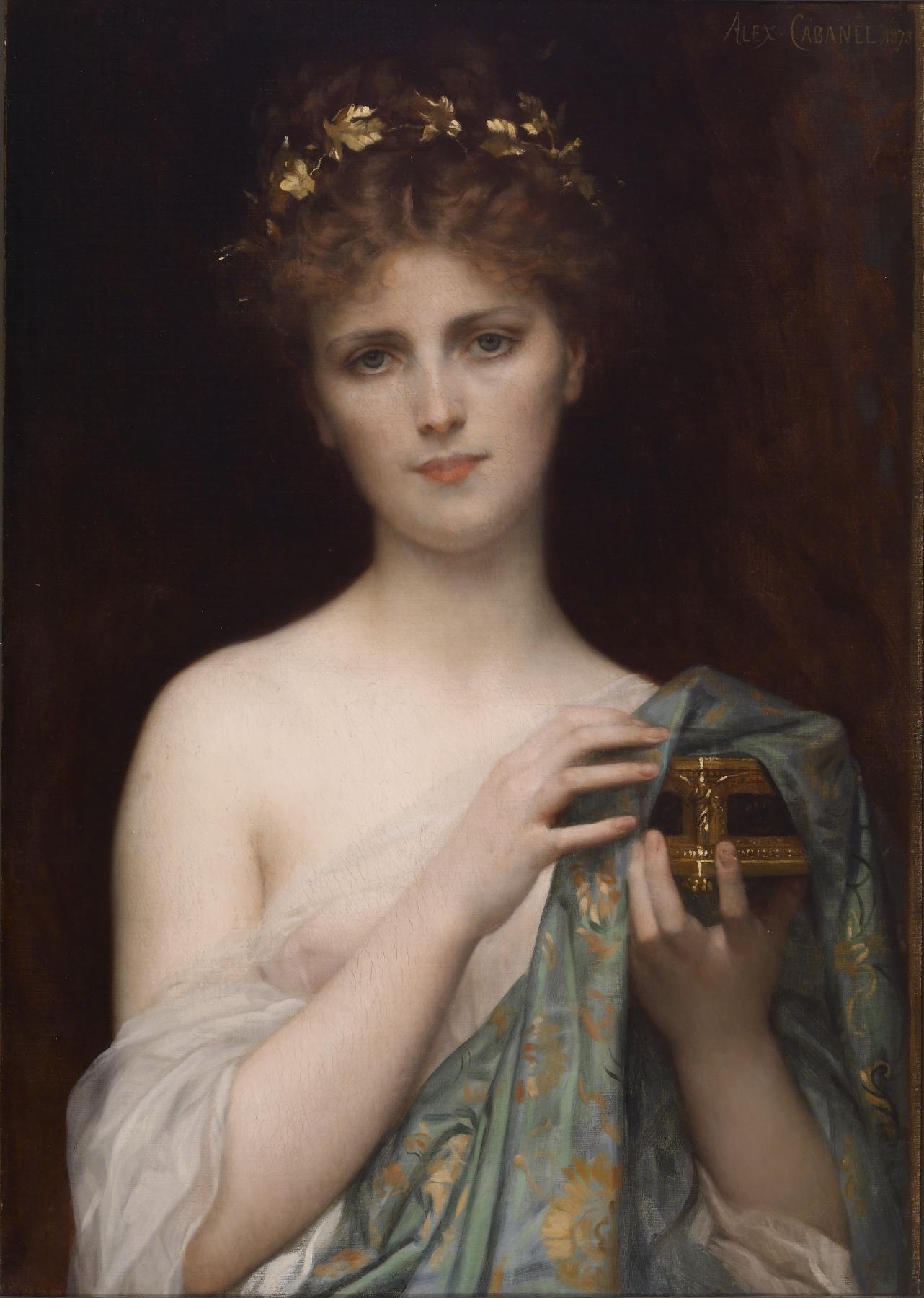 Cabanel, a professor of painting at the École des Beaux-Arts in Paris, specialized in portraits of "High Society." Here, he depicts the Swedish soprano Christine Nilsson as Pandora, the woman in Greek mythology who opened a forbidden box, releasing all the troubles that afflict humanity.