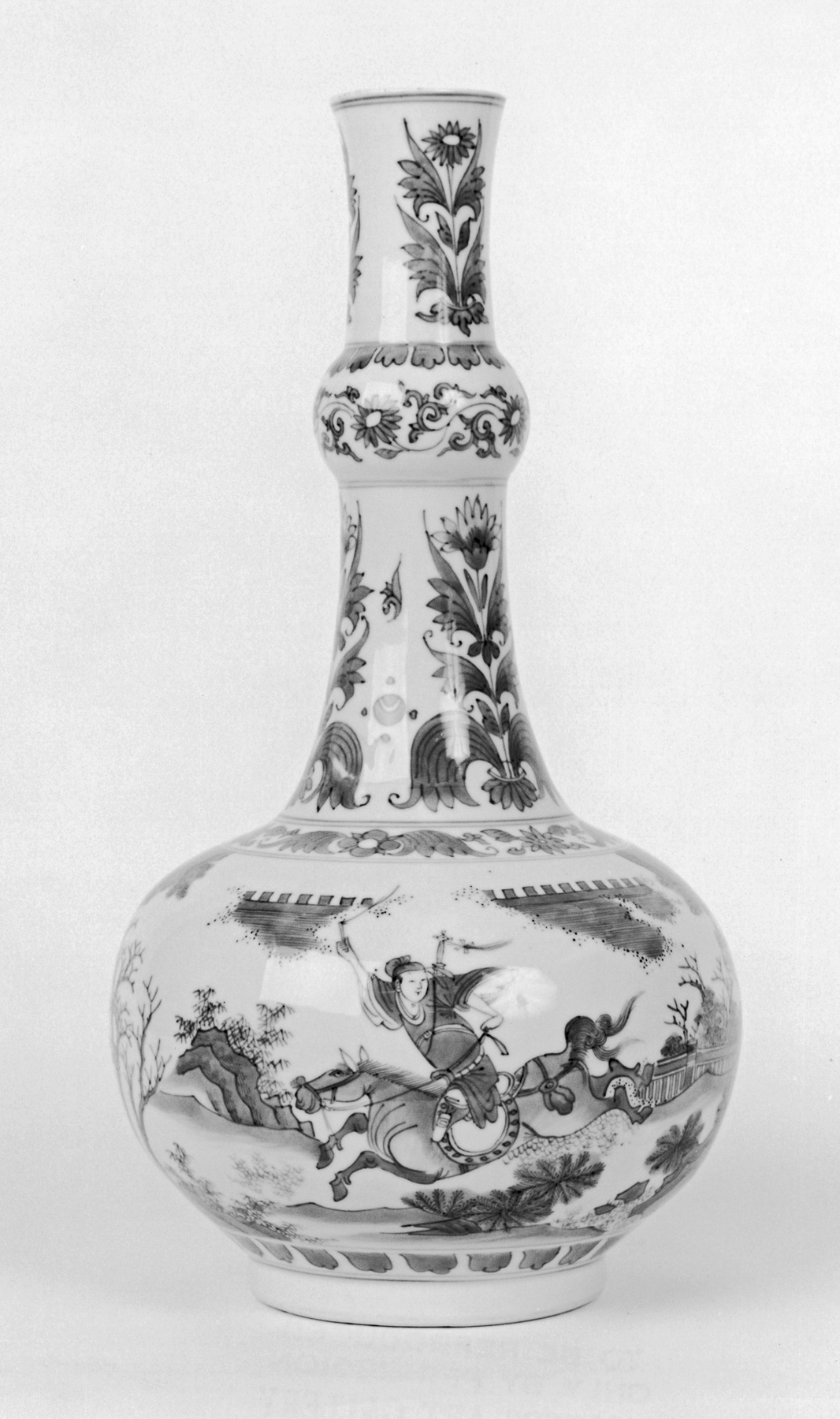 Blue and White Bottle with Scenes from a Novel

This bottle shaped vase with a bulge in the neck is an example of export porcelain to Holland. It represents both domestic and foreign designs and tastes, including Chinese images and decorations that cater to a Dutch market. The body is painted with a scene from the Chinese novel "Romance of the Three Kingdoms". The character Liu Bei is depicted at the moment his piebald horse vaults him over the River Tan to safety. Pursing him are the conspirators that have planned to kill Liu Bei during a banquet. The landscape of trees and a crenellated wall obscured by a white mist set the scene for the chase. The neck of the vase is decorated with Arabesque tulip motifs, a response to the Dutch attraction to tulips.