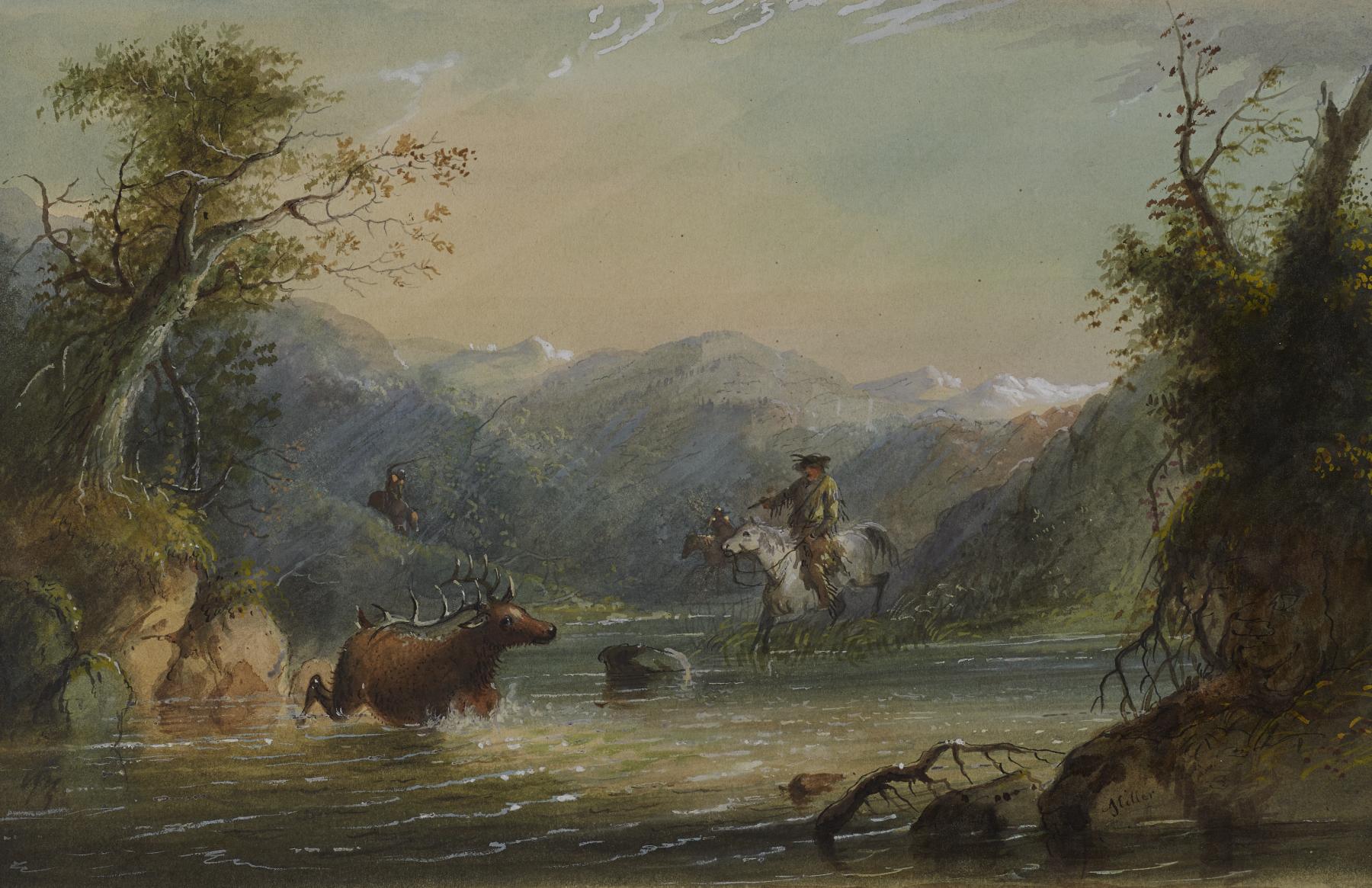 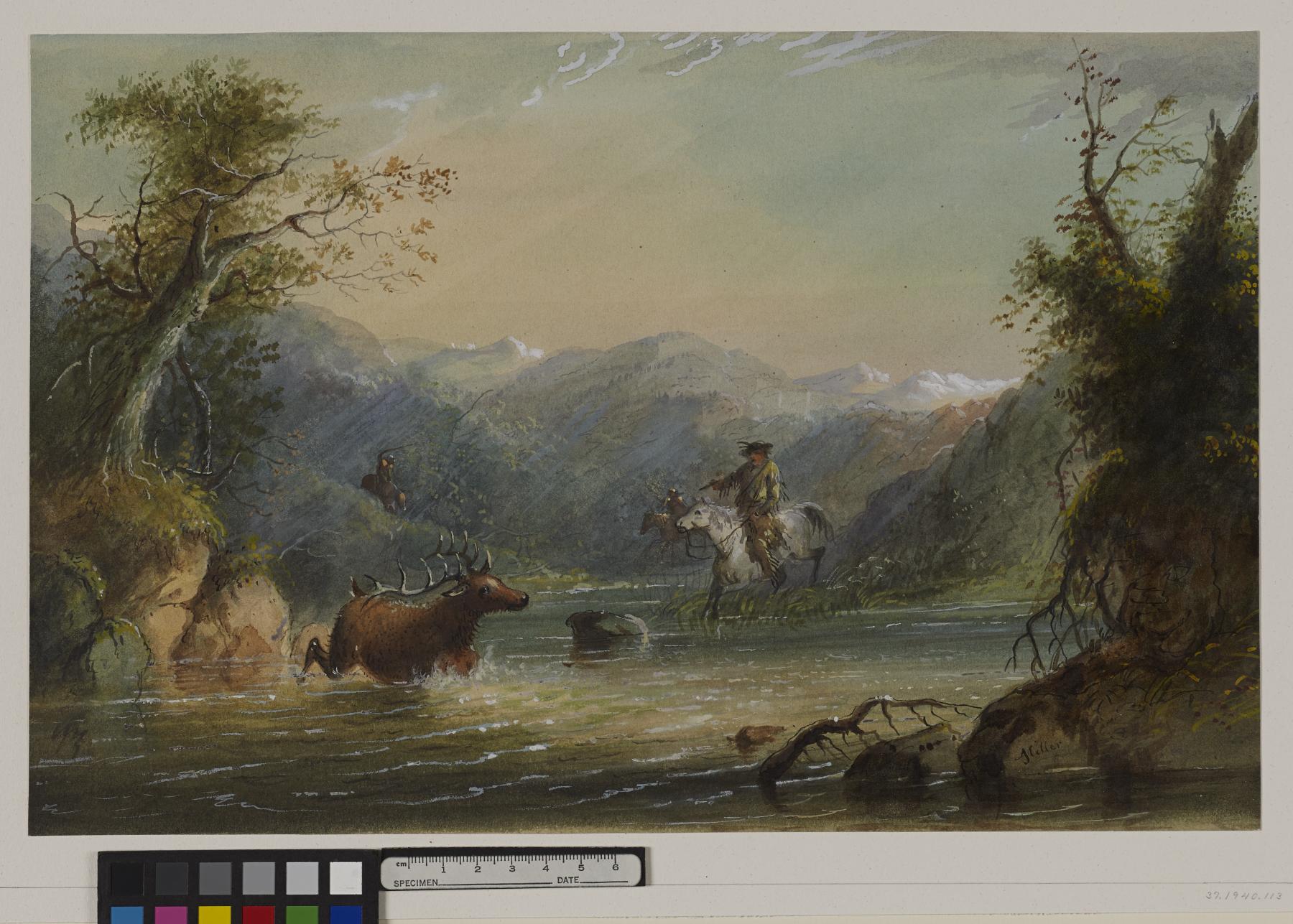 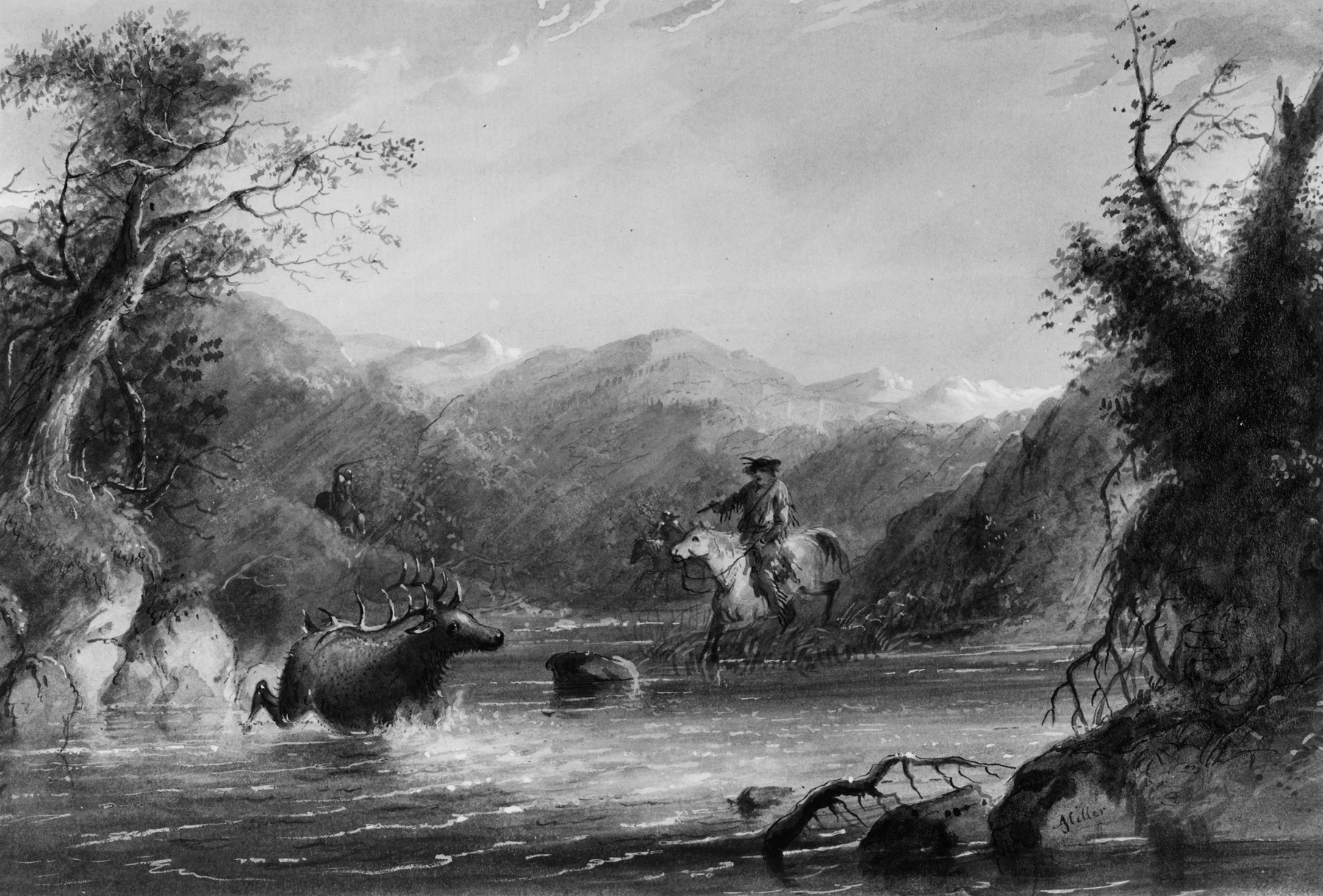 "Pressed by the hunters after a hard run, the Elk almost dead beaten has as a last resource leaped into a stream too shallow for him to swim, and this seals his fate;- the hunters evidently thinking that nothing but gunpowder will save their bacon. One is about to give him a Coup de Pistolet,- others are in the back ground, hurrying on with a ball in reserve if required. In comparison with the deer and antelope this animal is a little sluggish, but has a most noble presence, often carrying ten antlers on his head, and is extremely graceful. In size, about that of a large-sized mule. In winter they congregate in large herds numbering several hundreds, and travel immense distances. In season, the venison of the Elk, although coarser than the deer, is a capital addition to the larder." A.J. Miller, extracted from "The West of Alfred Jacob Miller" (1837).