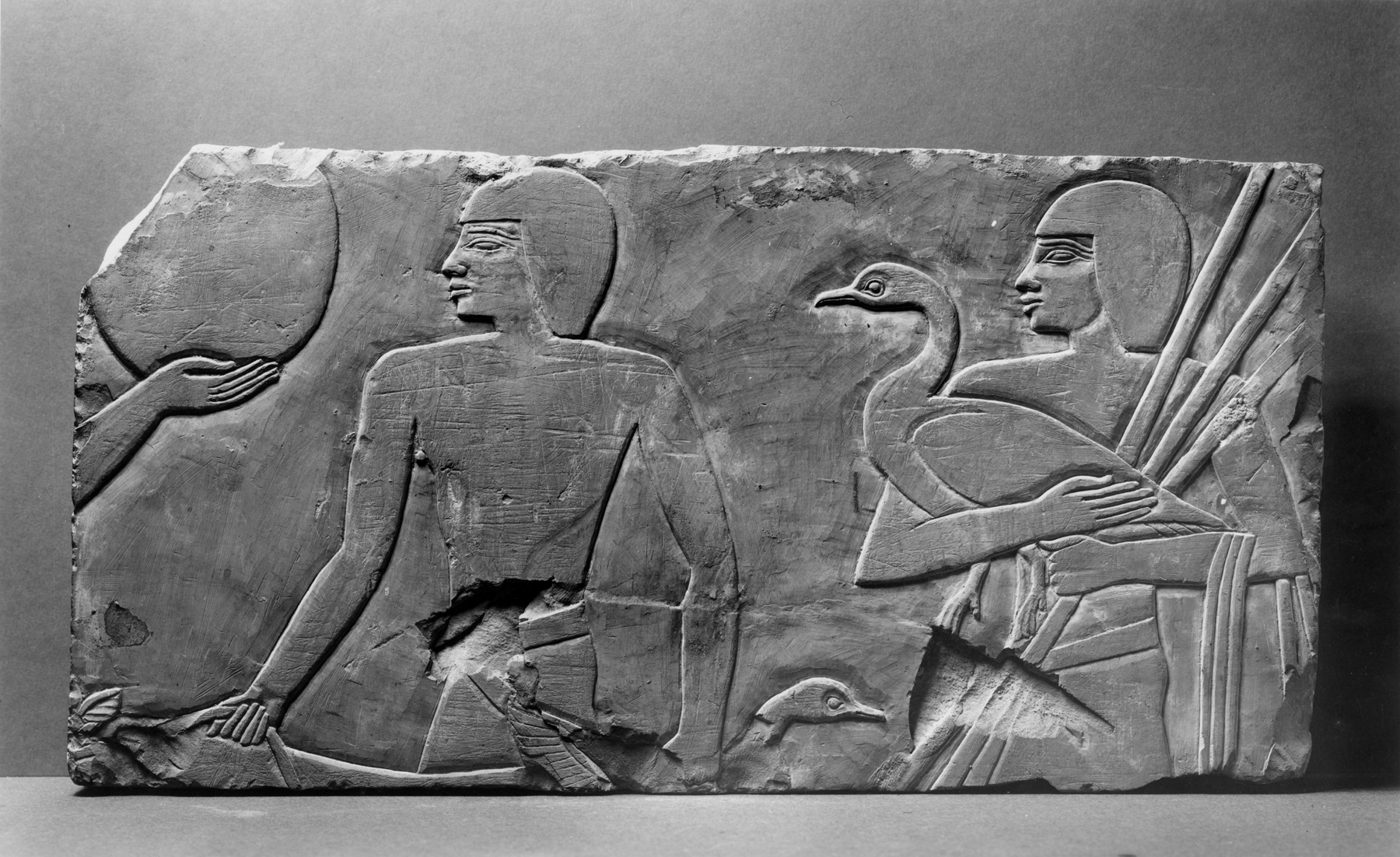 This wall fragment is carved in low relief and depicts parts of three servants. The servants carry a water jar, a duck, a goose, staves, and rope. This piece is probably from the same tomb as Walters 22.329, the Tomb of Nespeqashuty, 312, at Deir el-Bahri. 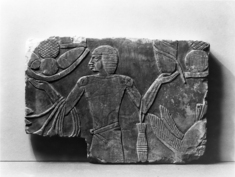 Wall Fragment with a Man and Offerings