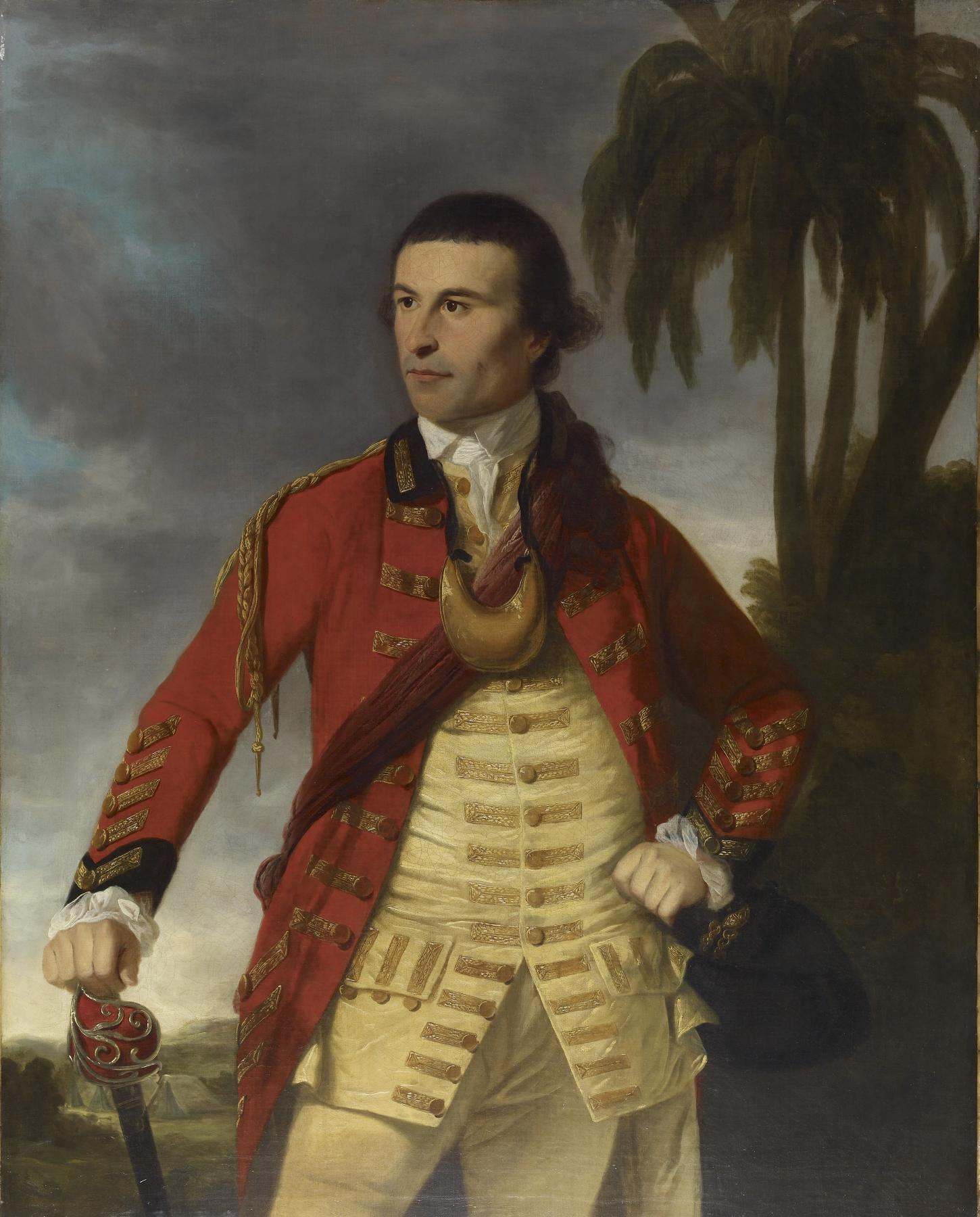 Portrait of an Officer

The subject has been identified as a subaltern officer below the rank of captain of the 2nd Infantry Bengal Brigade, Calcutta. From the subject's neck is suspended a gorget, an element of armour more traditional than functional worn by the duty officer. A line of tents can be seen in the backgroud.
Kettle prospered as a portraitist while residing in India from 1769 to 1776, the period at which it is believed this portrait was painted. He later pursued a less successful career in London. In 1786, he departed for a second stay in India, but died en route.

Formerly in the collection of the Duke of Norfolk. Anonymous donor; given to Walters Art Museum, 1976.