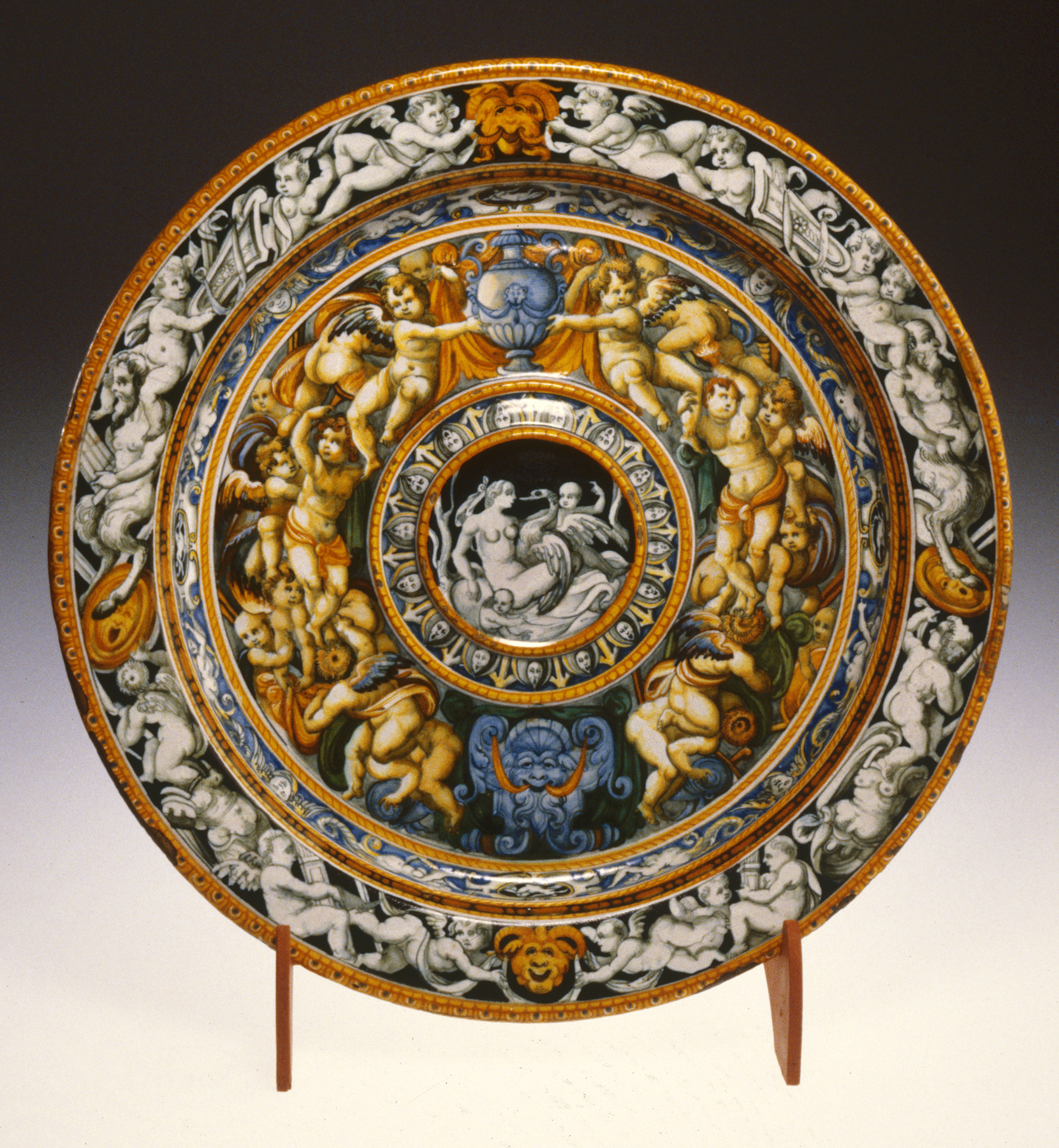 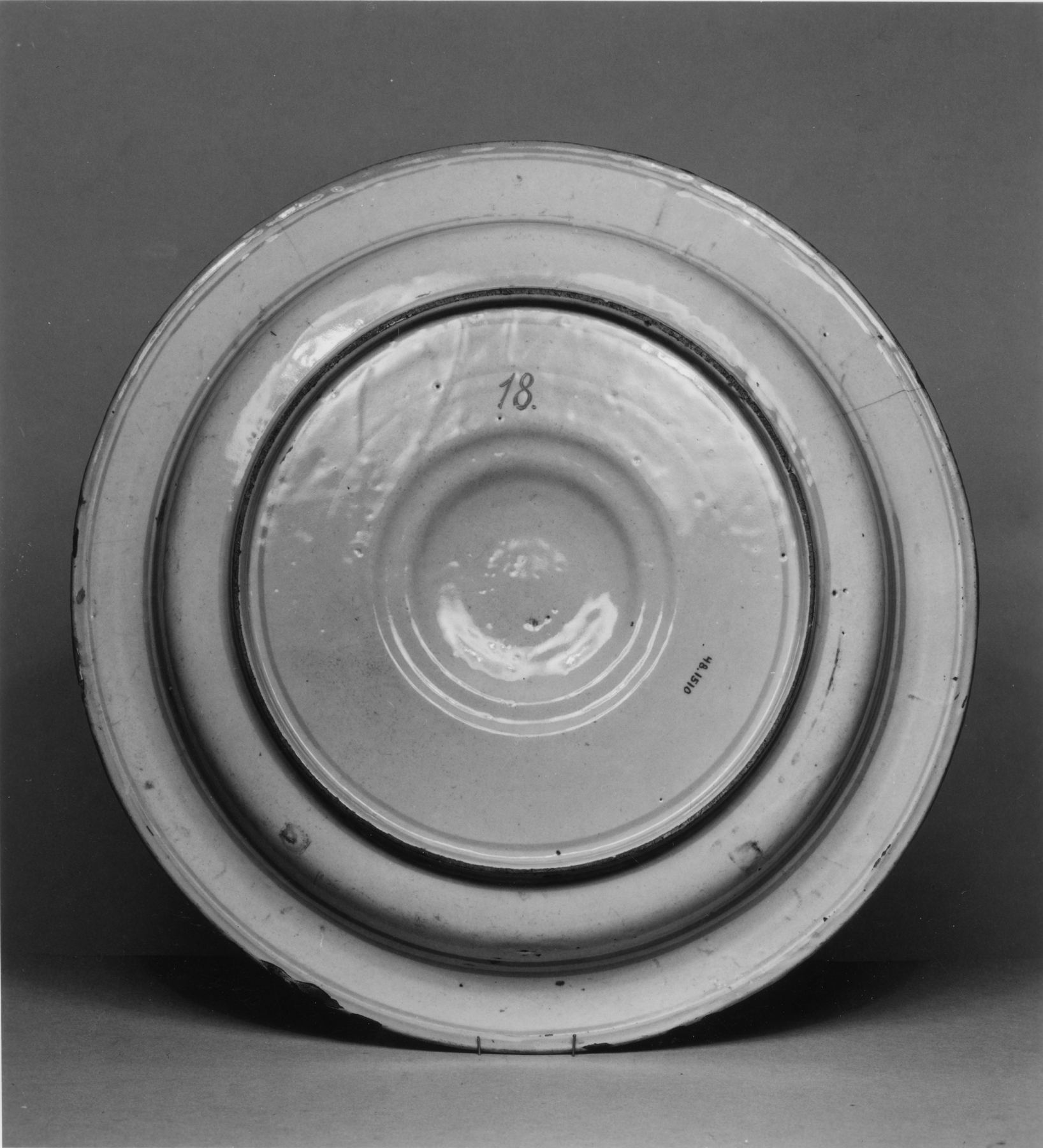 Ewer Basin with Leda and the Swan

In the center roundel of this basin Zeus, the king of the gods here disguised as a swan, makes love to the nymph Leda. As described in Ovid’s Metamorphoses (Book 6), Leda later gave birth to twin boys Castor and Pollux, also represented in the scene. One of the twins crawls out of a large egg beneath Leda, while the other sits behind the swan, looking towards his mother. This composition was based on that of an antique gem owned by the Medici family of Florence during the 15th century. The chubby putti (playful winged infant spirits), cupids, satyrs, and masks that decorate the encircling bands emphasize the lighthearted nature of the central image. The border design is almost a mirror image, suggesting that the painter used the same cartoon on both sides. The back is painted white with yellow-ochre concentric circles, and one raised circle at the rim.

Maiolica basins were used to rinse one’s hands between courses at banquets. As people often ate with their fingers during the Renaissance period, hands were washed repeatedly, using water scented with rose petals, rosemary, or chamomile. This basin was produced by the Patanazzi family workshop—a highly successful maiolica workshop in Urbino. For more works by the Patanazzi family workshop, click on the name in the creator field; for additional examples of maiolica basins, see 48.2112, 48.1509, 48.1320, 48.1322, and 48.1501; for more information on “maiolica,” see 48.1336

The roundel at center shows the nymph Leda making love with Zeus, the king of the gods, in the shape of a swan. This resulted in the birth of twin boys Castor and Pollux, also included in the scene. One of the twins is crawling out of a large egg. This light-hearted treatment of an amorous adventure of the ancient gods is enhanced by the encircling bands of decoration consisting of the antique egg-and-dart motif combined with little faces, then hosts of chubby putti (playful winged infant deities). Such a display of multiple figures in different poses was characteristic of the late 16th-century love of complexity.