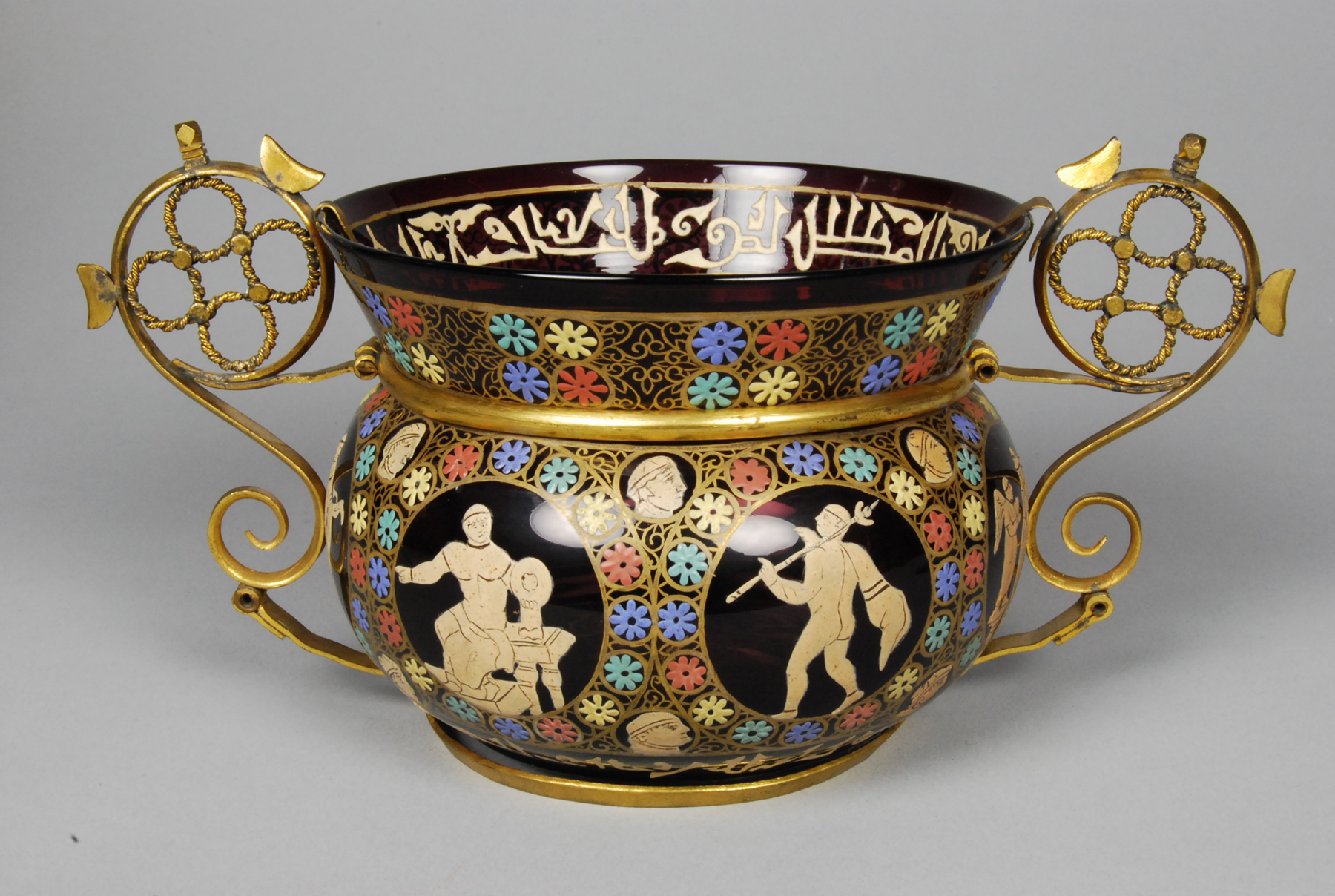 The Societa Salviati e Compagni, founded in Venice by Antonio Salviati about 1866, was noted for reproductions of ancient glass, but the firm also produced examples of modern design. This is a copy of the famous, eleventh-century, Byzantine painted enamel cup in the Treasury of San Marco, Venice. It is one of several pieces of Salviati glass purchased by Henry Walters in 1911. The museum now owns ca. 30 pieces by the Salviati firm.