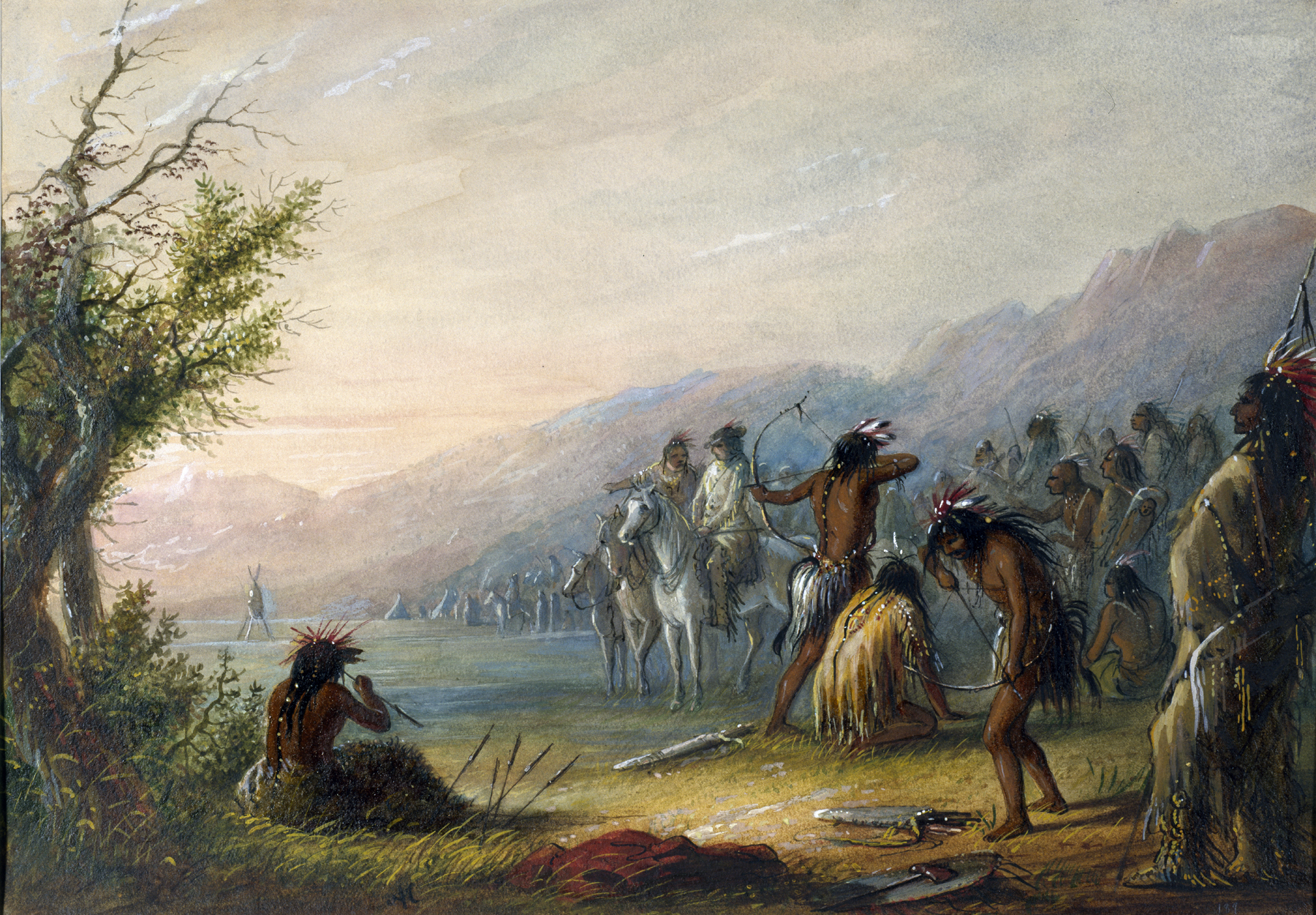 Extracts from Miller’s original text are included below for reference, as they served as the original context for these watercolors, shaping how they were viewed. His words reveal the racist and sexist viewpoints of 19th-century travelers and colonizers of the western part of what is today the United States.

"While at 'Rendezvous' we were summoned at intervals to see the Indians perform their dances, engage in ball play, and test their bows and skill in shooting at a mark, the subject of our present sketch. In order to give free action, they throw off their robe, retaining a cloth around thier hips, which they ornament in various ways with feathers &c. sometimes a bull's tail is secured to the belt as if they thought nature had omitted this appendage;- and it is possible that Lord Monboddo founded his wild theory that people existed who had tails from some such savage trick as this. The Lexicographer (Dr. Johnson) attacked the philosopher with great fury and put him to rout;- but not before the latter had made some converts. To the left in the sketch is seated an arrow maker, busily engaged in preparing and pointeing shfts, made usually from the Cotton-wood tree, on account of its lightness, and being easily worked;- great care is taken in having the arrow well balanced, straight, and uniform thoughout;- as on this depends the directness of its flight and aim." A.J. Miller, extracted from "The West of Alfred Jacob Miller" (1837).