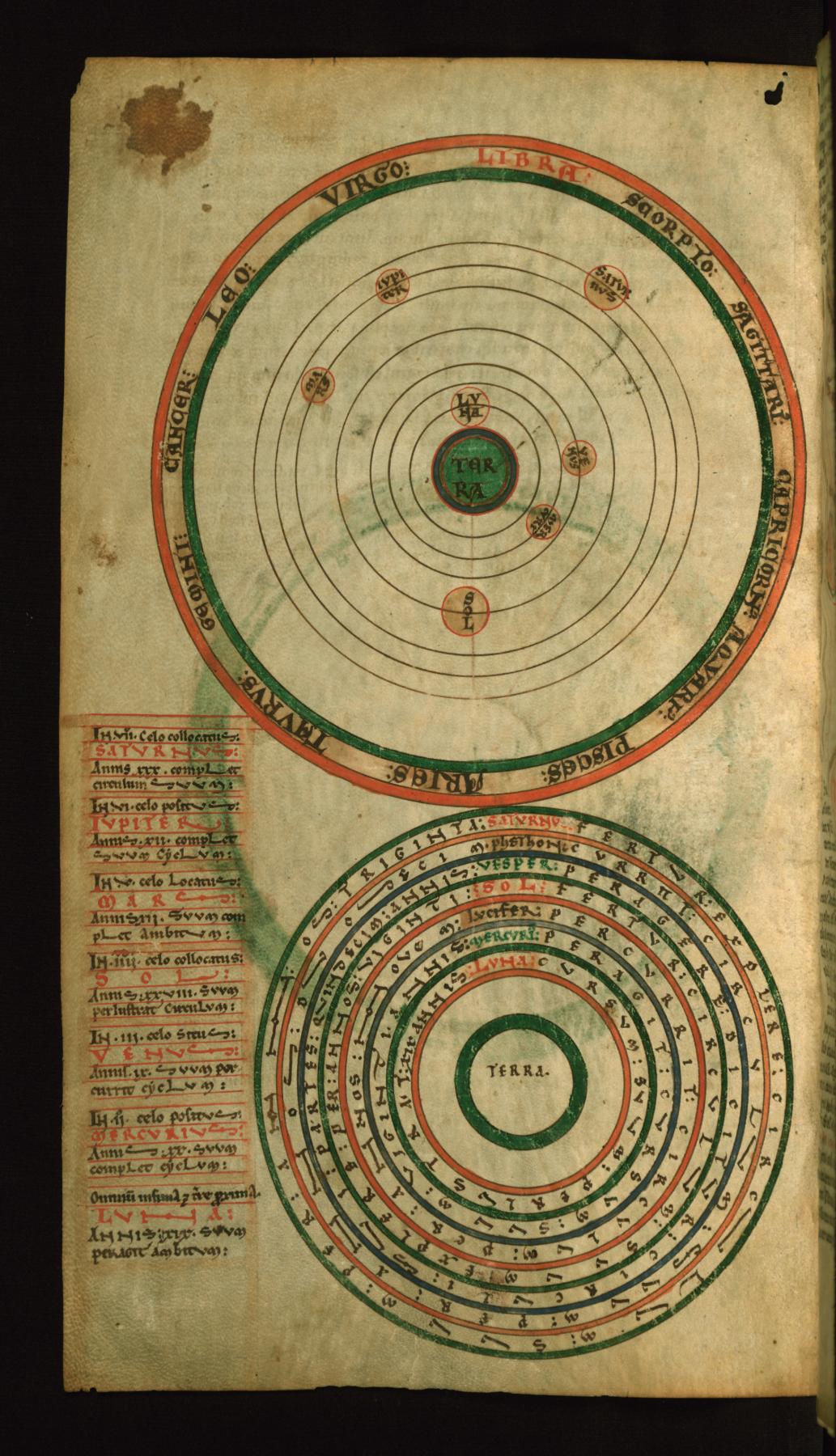 The wheel diagram at the top of the page shows the Earth at center, with the seven heavenly bodies--the Moon, Mercury, Venus, the Sun, Mars, Jupiter, and Saturn--orbiting in concentric rings. The zodiacal names are given in the diagram's frame. As had the ancients, medieval authorities believed that the Earth lay at the center of the universe, and that the Sun, Moon, and planets circled it. Also following ancient writers, medieval authors called the planets "wandering stars" because of their eccentric orbits: the word "planet" derives from the Greek "planetoi," for "wanderers." Their orbits were calculated according to the length of time it took them to complete one circuit of the zodiac. In the wheel diagram in the bottom half of the page, the Earth at center is surrounded by concentric bands containing the names of the heavenly bodies and the intervals of their orbits. 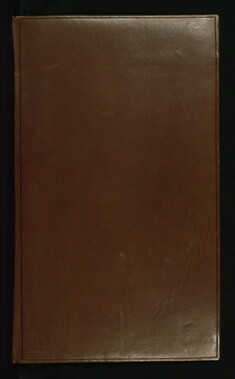