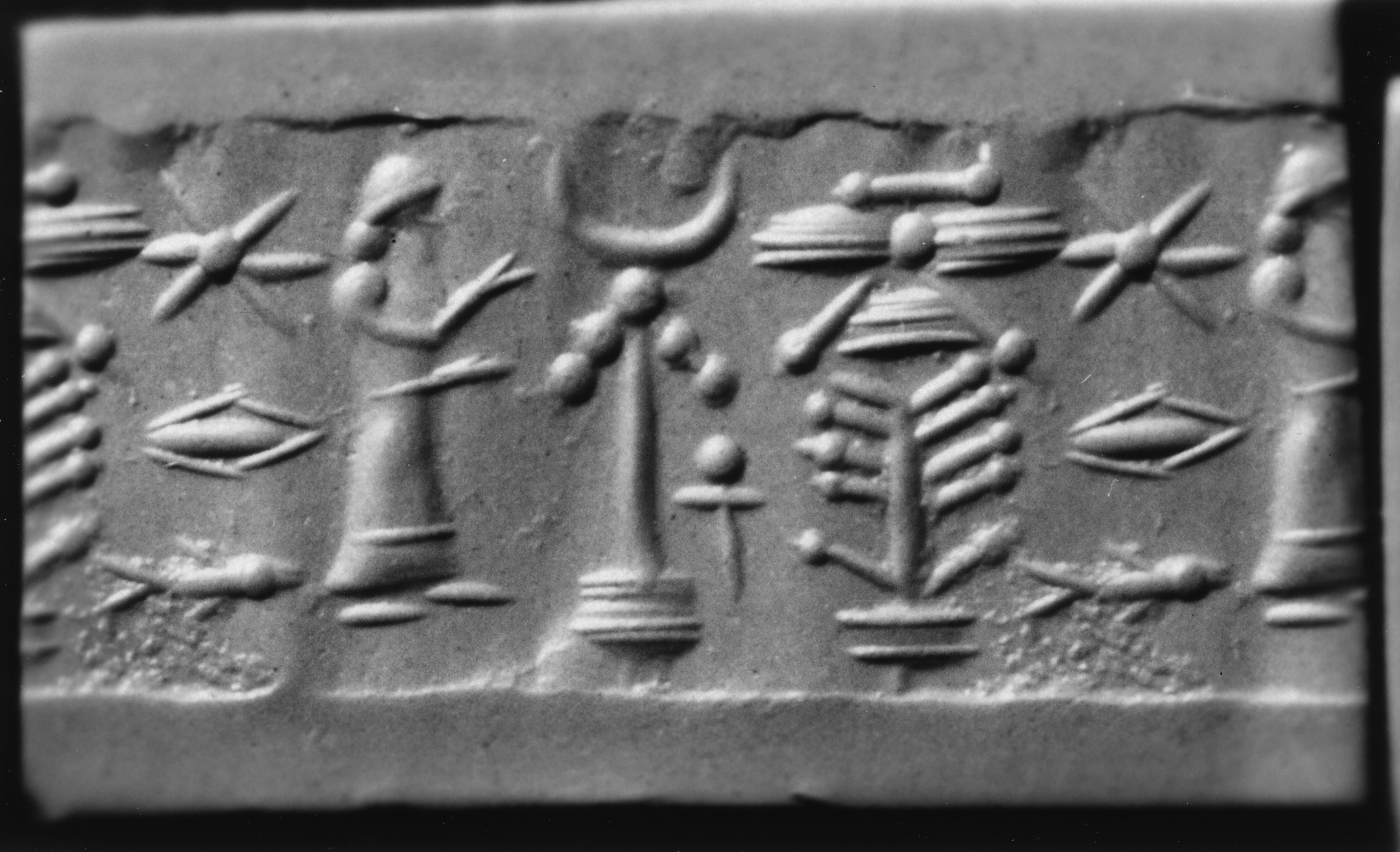 This seal depicts a king or deity worshipping at an emblem or altar topped by a crescent moon. A winged disc and stylized tree, a rhomb, and a fish also decorate the scene.