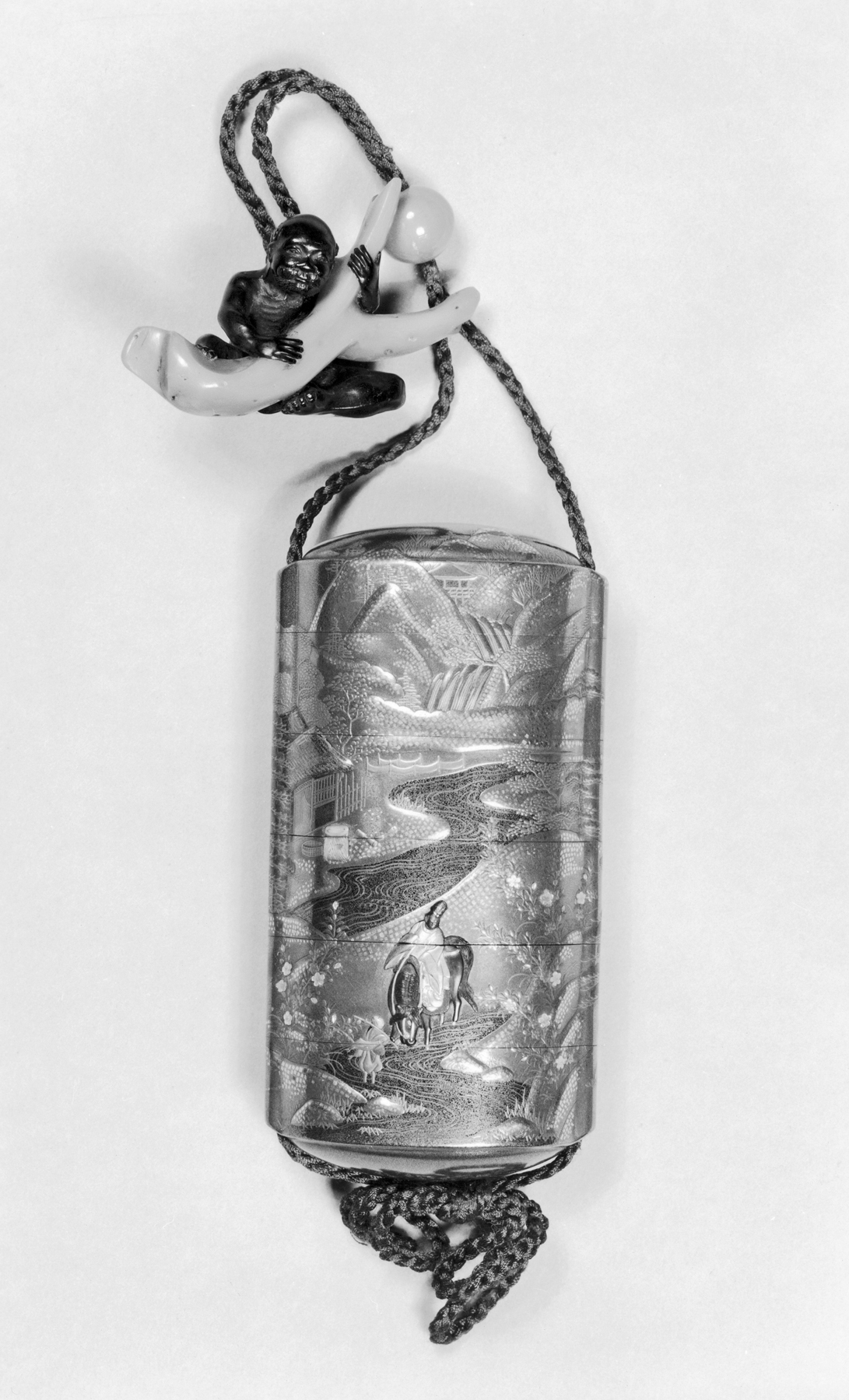 Inro of Nobleman Stopping by a River, with Netsuke

A standard five case gold lacquer inro. Decorated on one side with a man riding a horse drinking water led by an attendant (in the foreground), as described in a 12th-century poem. Mountains, a house, flowers, a waterfall and a stream in the background. On the other side a stream with a woman seated and washing clothes, another seated woman in the front of a house near the stream. Flowers, mountains and flying birds. The design in "takamakie" with "okibirame" and "togidashi." Inlay of raden and ivory for the birds and flowers. Metal inlay for the man and woman. Background of "fundame" in gold. The interior of "fundame" and "nashiji." The cord channels are external. Together with a carved ebony with inlaid ivory netsuke of a South Sea island man ("namban") holding a piece of pink coral.