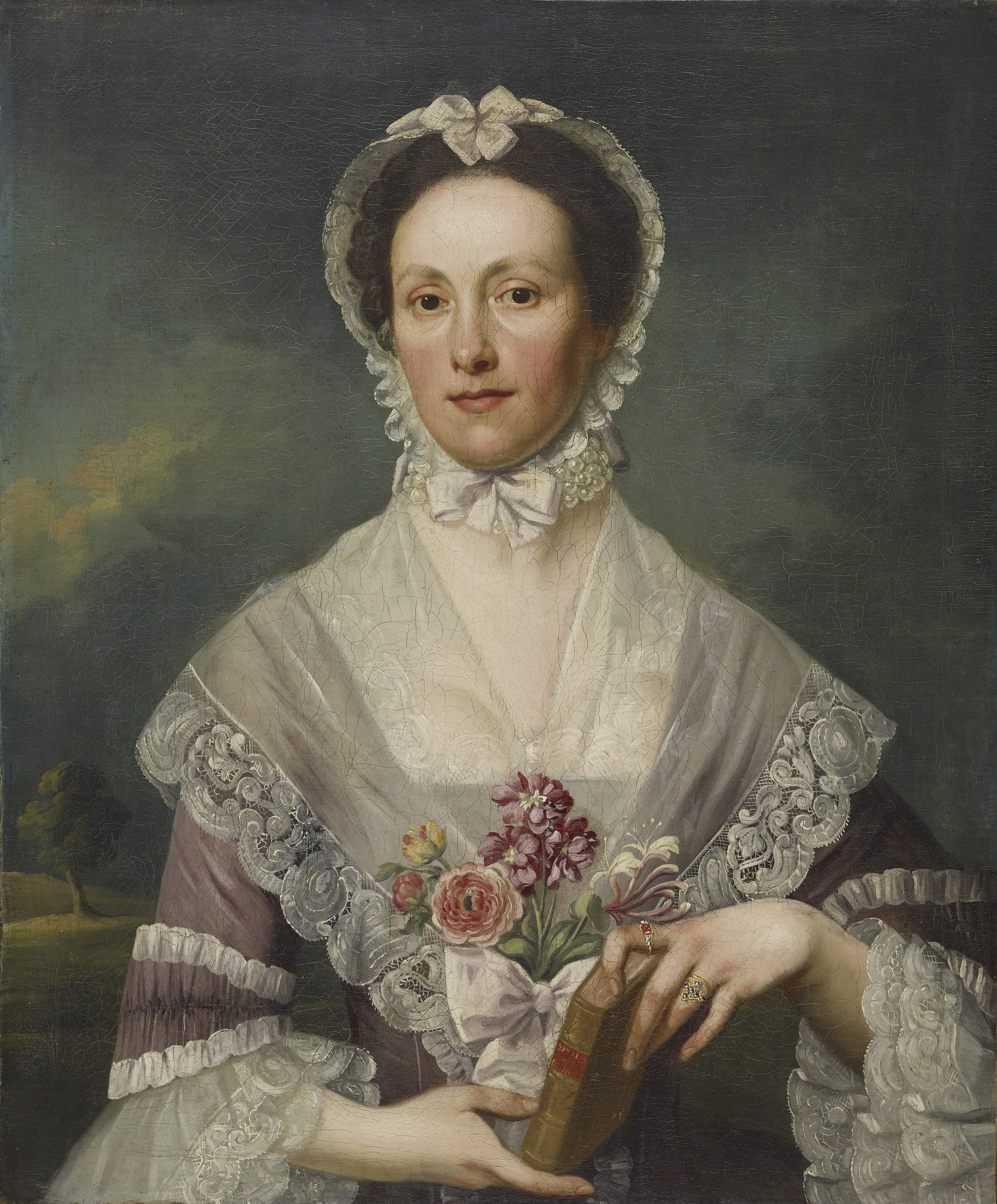 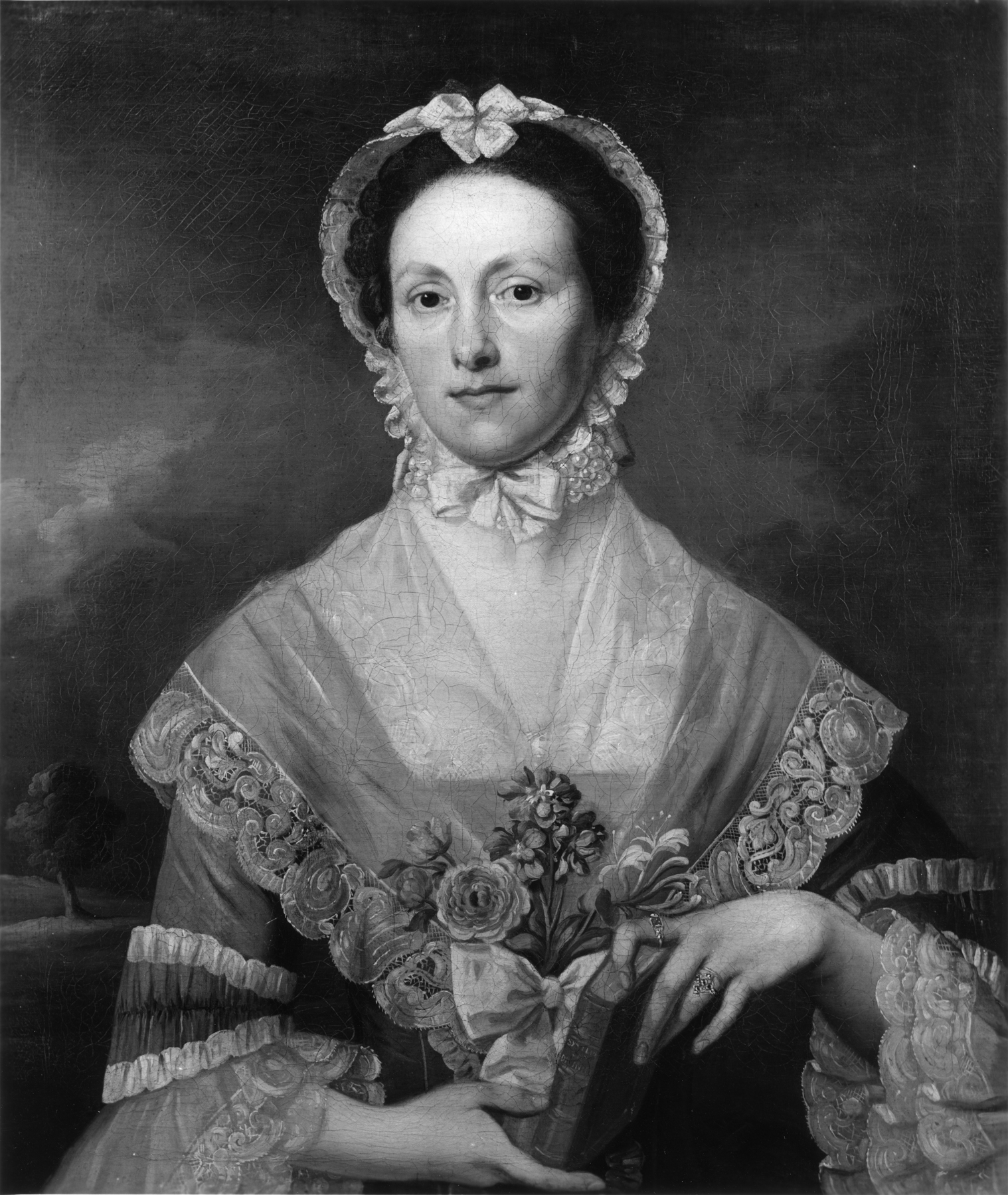 Portrait of a Lady Holding a Book

This fascinating portrait of an unnamed British woman perfectly balances restraint and luxury and is artful in its controlled display of the markers of material wealth: the pink dress could be flirtatious, but the woman’s torso is covered by a large kerchief; she wears several layers of lace, but it was made in Britain rather than imported from France. This painting is testimony to the existence of a prosperous merchant class outside London, a feature of the growth of trade in 18th-century Britain.

From 1745, the artist to whom this work is attributed, George Beare, worked in the cathedral city of Salisbury, located about 80 miles to the west of Britain’s capital. That he was able to gain a livelihood here, perhaps even employing a studio assistant, who may have painted all but the face in this work, shows the increased wealth of this ancient city—a center of the burgeoning cloth trade.
On her left hand, the woman wears an openwork cluster ring above a gold band as well as a garnet and diamond ring, but, as if to counter these worldly luxuries, she fingers a devotional book, possibly purchased locally: by the time this portrait was painted, Salisbury had a public library and several book shops. Also, it shows she could read, in common with around half the women of her day.

Acquired by Henry Walters, before 1929