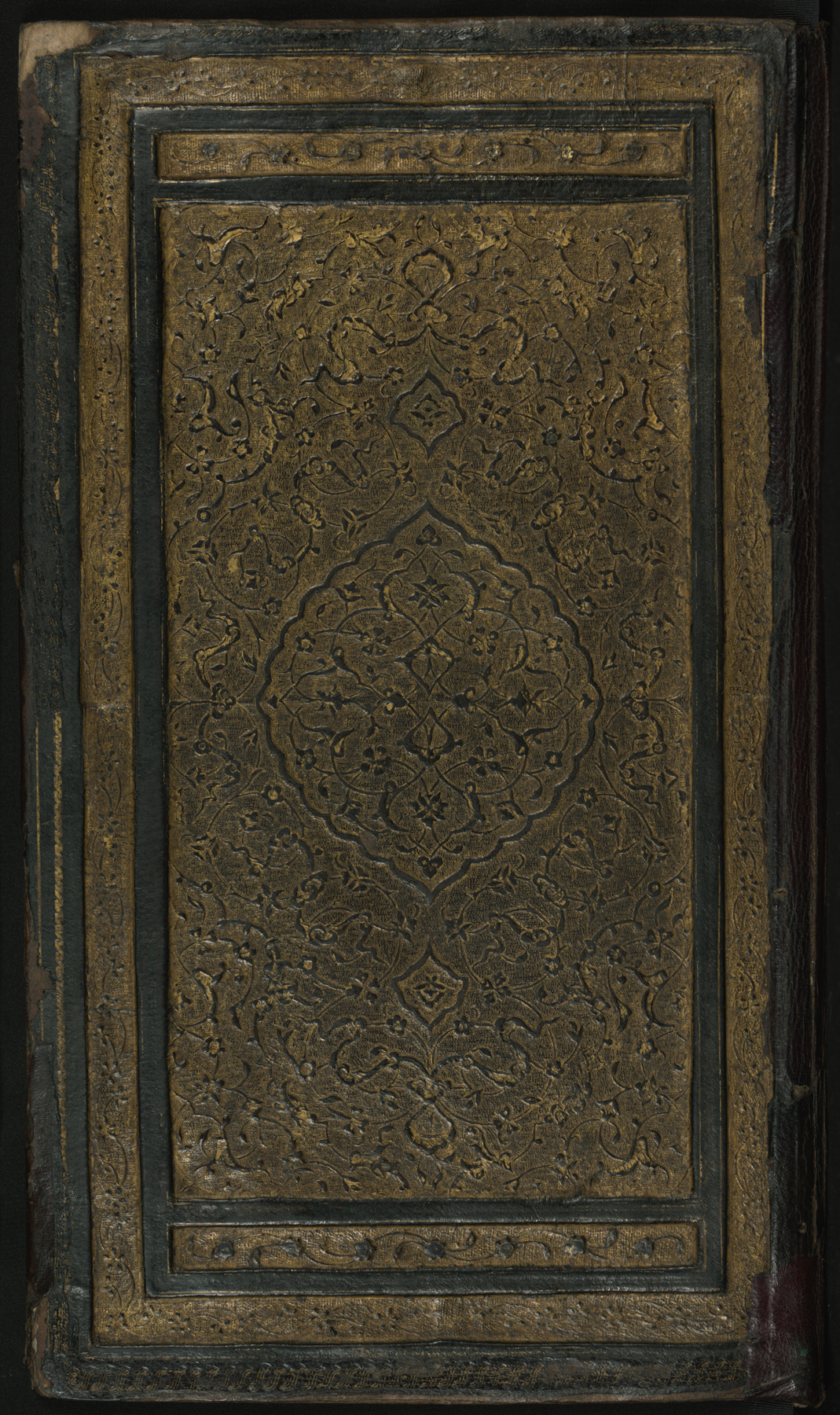 Walters manuscript W.631 is an illuminated and illustrated copy of the collection of poems (divan) by Shams al-Din Muhammad Hafiz al-Shirazi (flourished 8th century AH/AD 14th). The text is written in Nasta"liq script and is dated to the end of Safar 946 AH/AD 1539. The manuscript opens with a double-page illustrated frontispiece of an enthroned King Solomon (Sulayman) and Queen Sheba (Bilqis) (fols. 2b-3a), followed by an illuminated incipit with titlepiece inscribed Divan-i Hafiz. There are two additional illustrations of figures conversing and drinking in outdoor landscapes (fols. 114a and 150b). The dark brown leather binding, which is original to the manuscript, is panel-stamped in relief with a central lobed medallion with pendants and an allover floral and vine decoration. 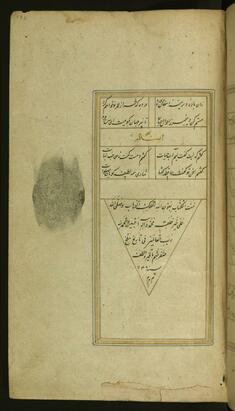 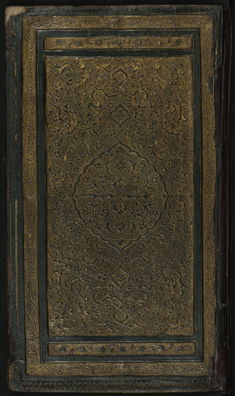 Binding from Collection of Poems (divan) 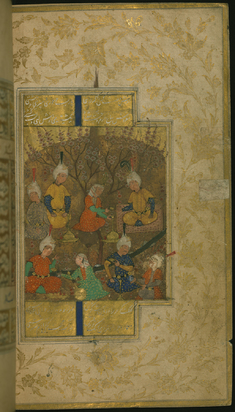 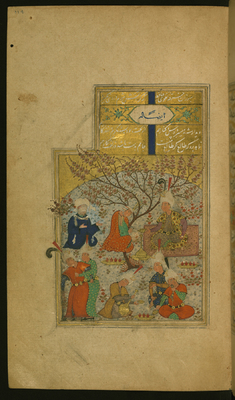 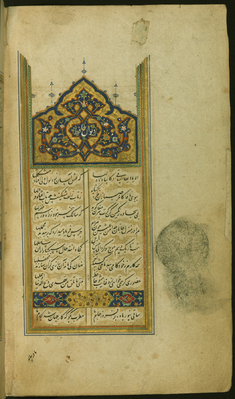 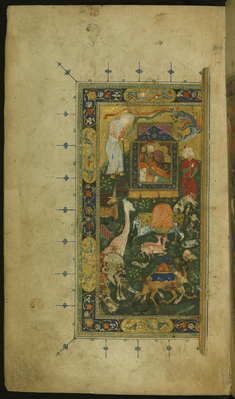 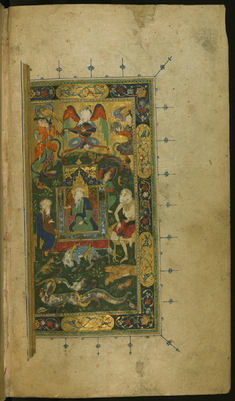