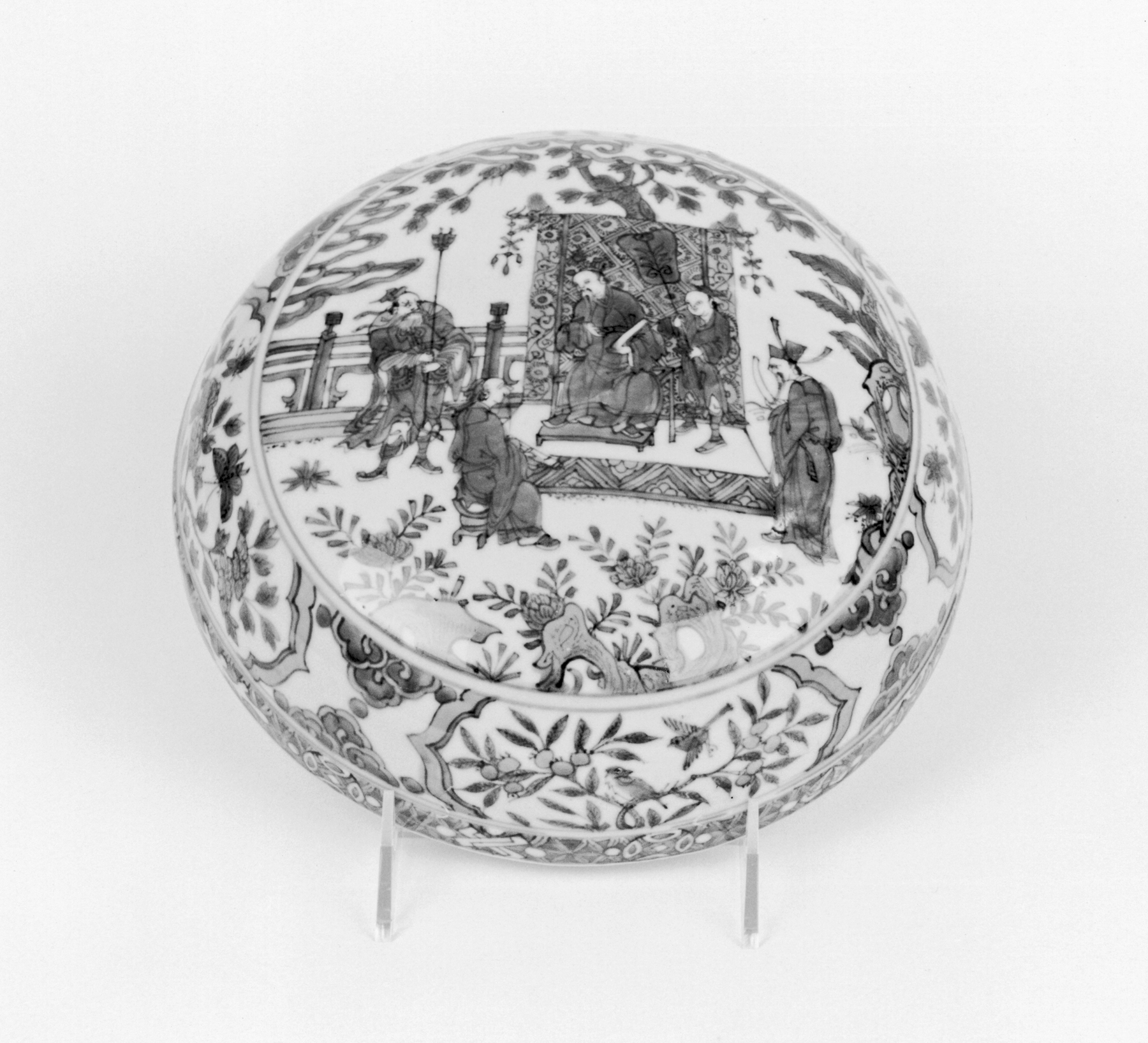 The scene painted on the lid of this covered bowl may depict a scene from a novel. An official figure seated under a pavilion is presented with a scroll by a second figure. A soldier stands on the left side of the scene while another figure on the right appears to be holding an elephant tusk. The final figure of the scene is a man that fans the seated figure. A tree overhangs the pavilion and the figure while the sides are decorated with persimmons on branches and small birds.