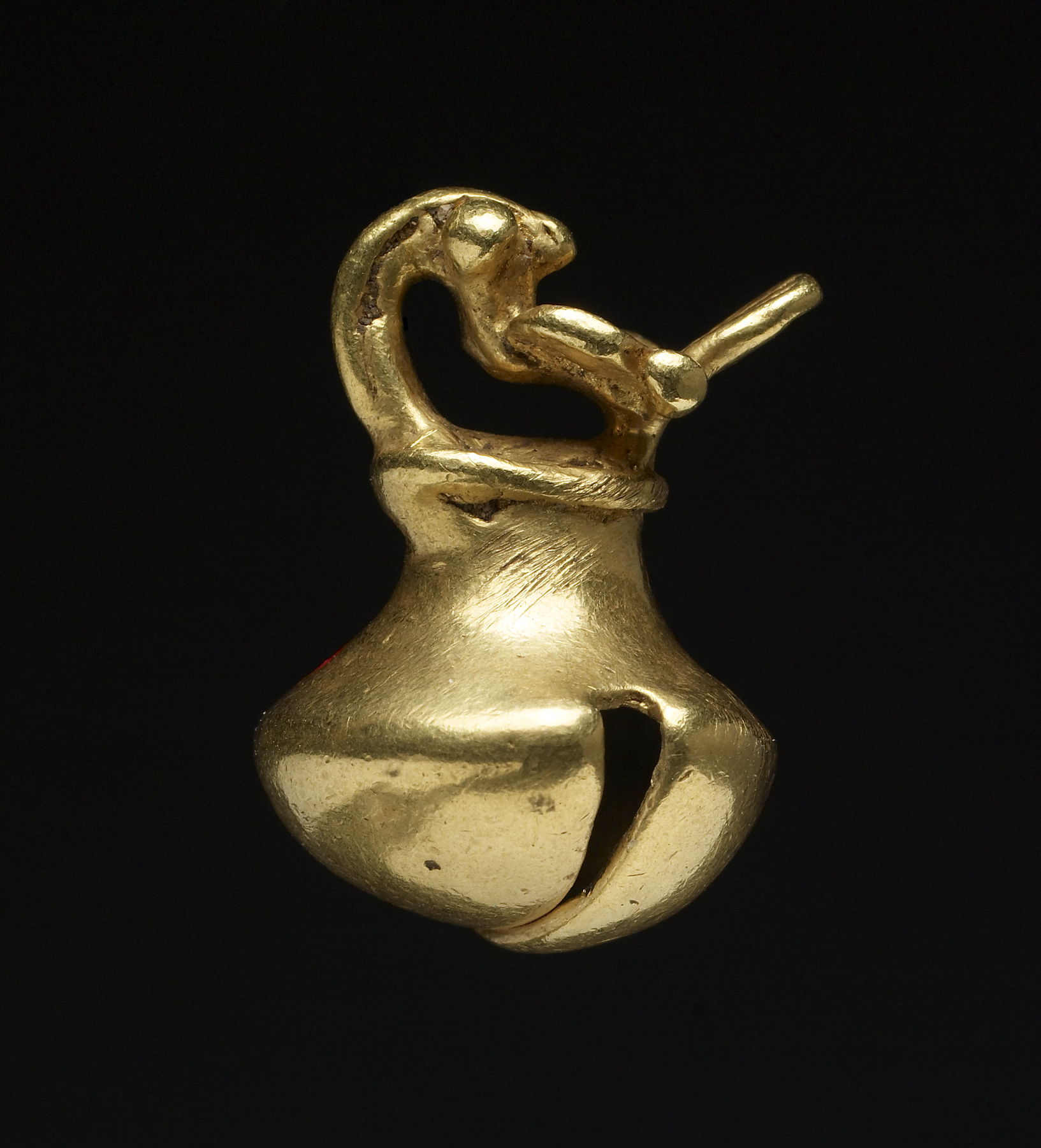 Bell Pendant of a Parrot

Bells played an important role in ritual activities, costume decoration, and burial offerings. This bell has a slot in the bottom, and a figure of a parrot on top. The loop for suspension is behind the parrot's body.