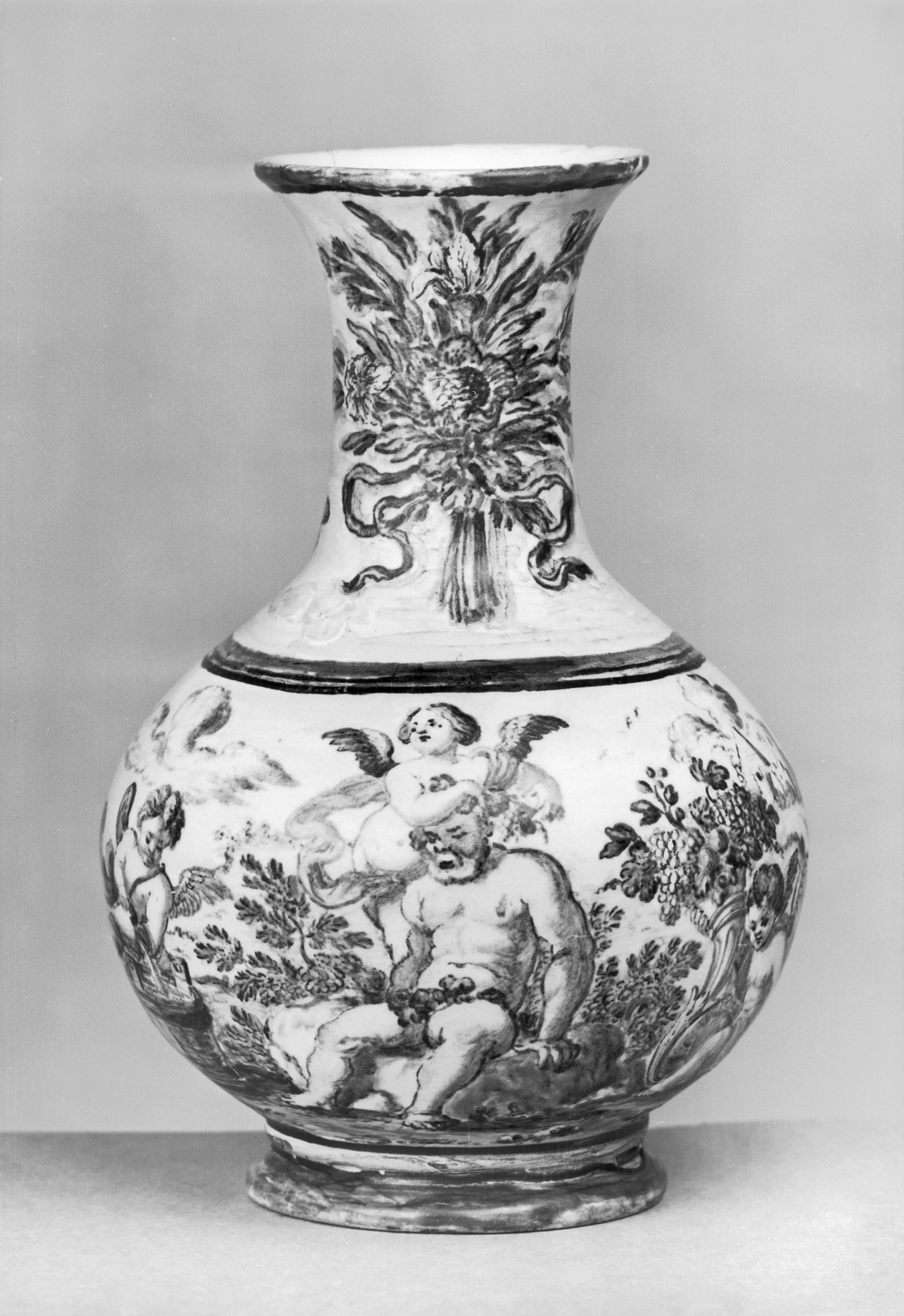 This urn for wine shows a drunken Silenus, the ribald companion of the wine-god Bacchus, with his attendants who crown him with garlands, carry cornucopias with grapes, and press wine, activities associated with Bacchic ecstasy. The scene was influenced by an engraving made ca. 1597 more than a century earlier by the well-known painter Annibale Carracci (1560-1609), inspired by an ancient carved gem in the collection of the Farnese family in Rome. This urn was painted in 1720 at Bussi or Castelli, by Francesco Antonio Grue, a member of the family who, since the seventeenth century, contributed to the prosperity of the maiolica trade in the kingdom of Naples. The bottle’s imagery exemplifies the revival of the “istoriato” (tells a story) genre, which was influenced by Classical narratives and flourished at Urbino during the Renaissance. The strong coloring used by Urbino workshops has been replaced here by a “Rococo” palette with its subdued yellows and grayish blues that set off the pale, dry green. To view other works by Francesco, click on his name in the creator field; to see wares produced by earlier generations of the Grue family, see 48.1751, 48.1752, 48.1753, and 48.1755.

said to be signed by Francesco Antonio Grue and dated 1720