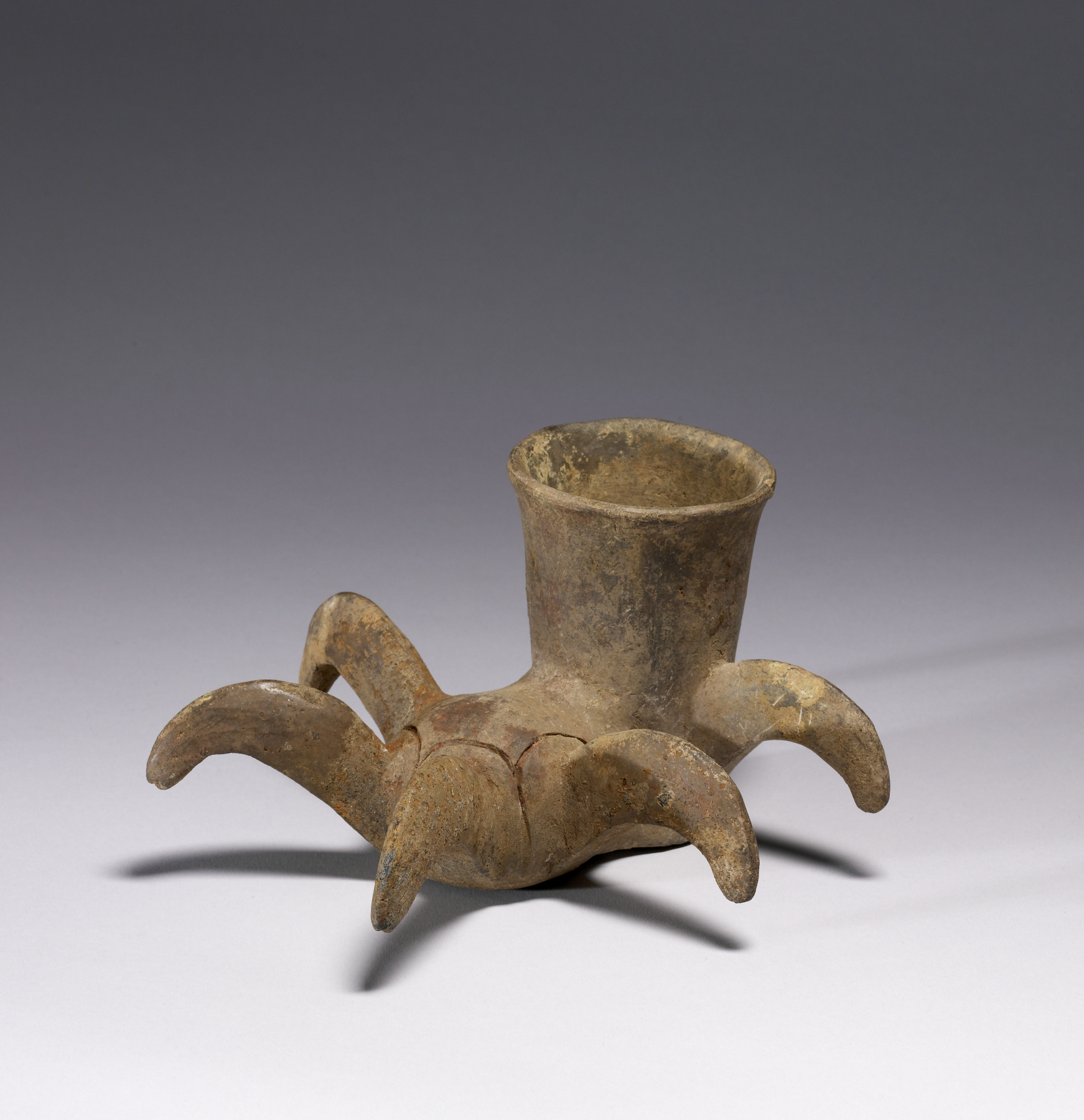 Vessel of a Bat Foot with Claws

The bat appears with notable frequency in the art of Monte Albán and other Zapotec cities in the Valley of Oaxaca, Mexico. Throughout Mesoamerica, bats were associated with death and sacrifice. In addition to figural funerary urns, forms of bat feet, such as this example, were also prevalent. The particularly long claws of this example are most similar to late variants of the form, leading to the chronological placement near the end of the Classic period of Zapotec culture.