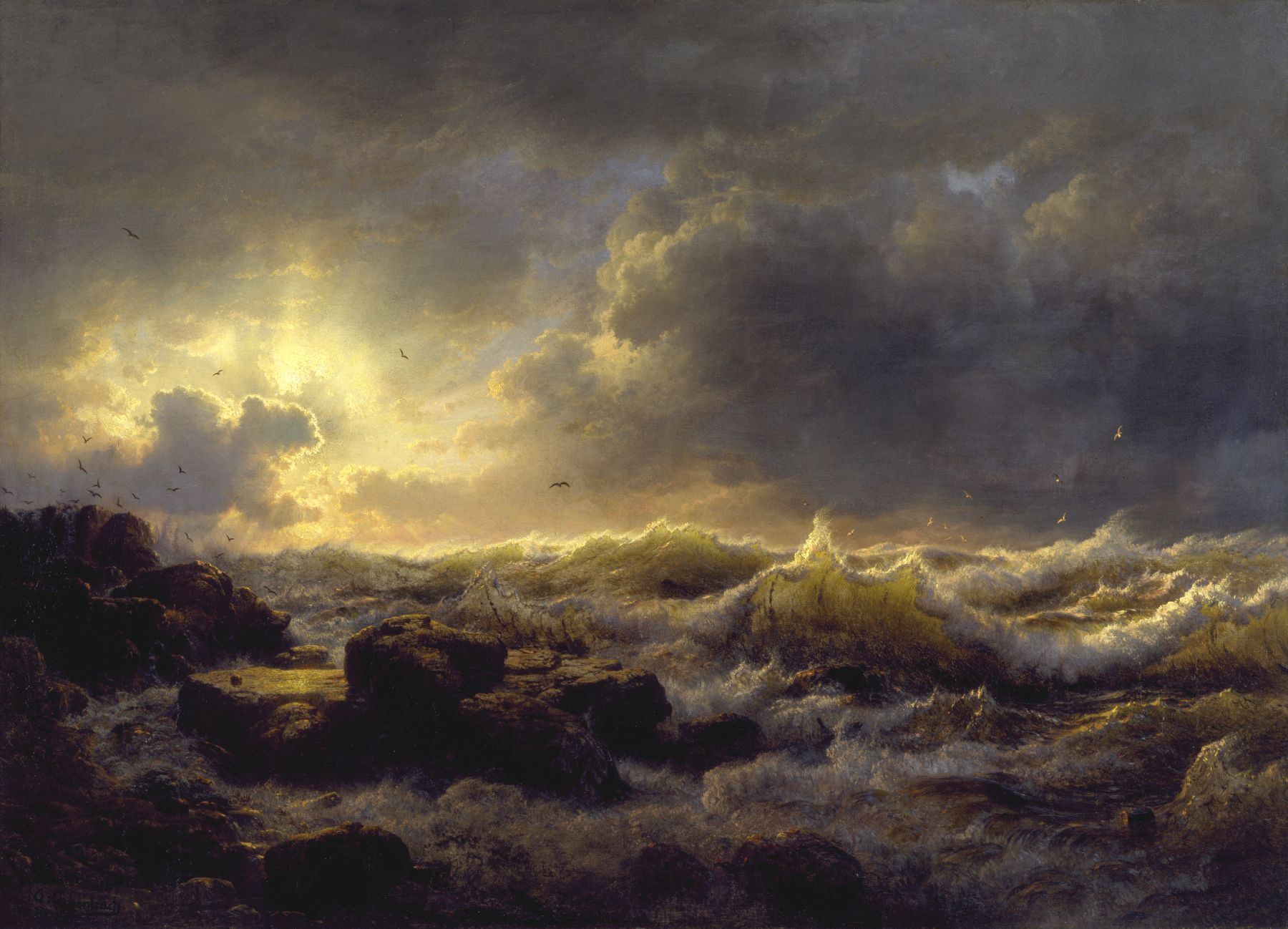 Beginning in the 1820s, the academy in Düsseldorf, a town on the Rhine River, began to attract artists from other German cities and from abroad. Achenbach, one of Düsseldorf's most influential painters in the mid-19th century, specialized in the "sublime" mode of landscape painting, in which man is dwarfed by nature's might and fury.

At the left the evening sunlight breaks through the stormy sky to illuminate the turbulent sea breaking against the rocky coast. Seagulls struggle to fly in the violent wind. The only signs of human presence are a spar embedded in the rocks, a wooden keg adrift at the right, and a barely discernible flag. The tattered American flag on the rocks in the foreground implies that there is a shipwreck just out of view.