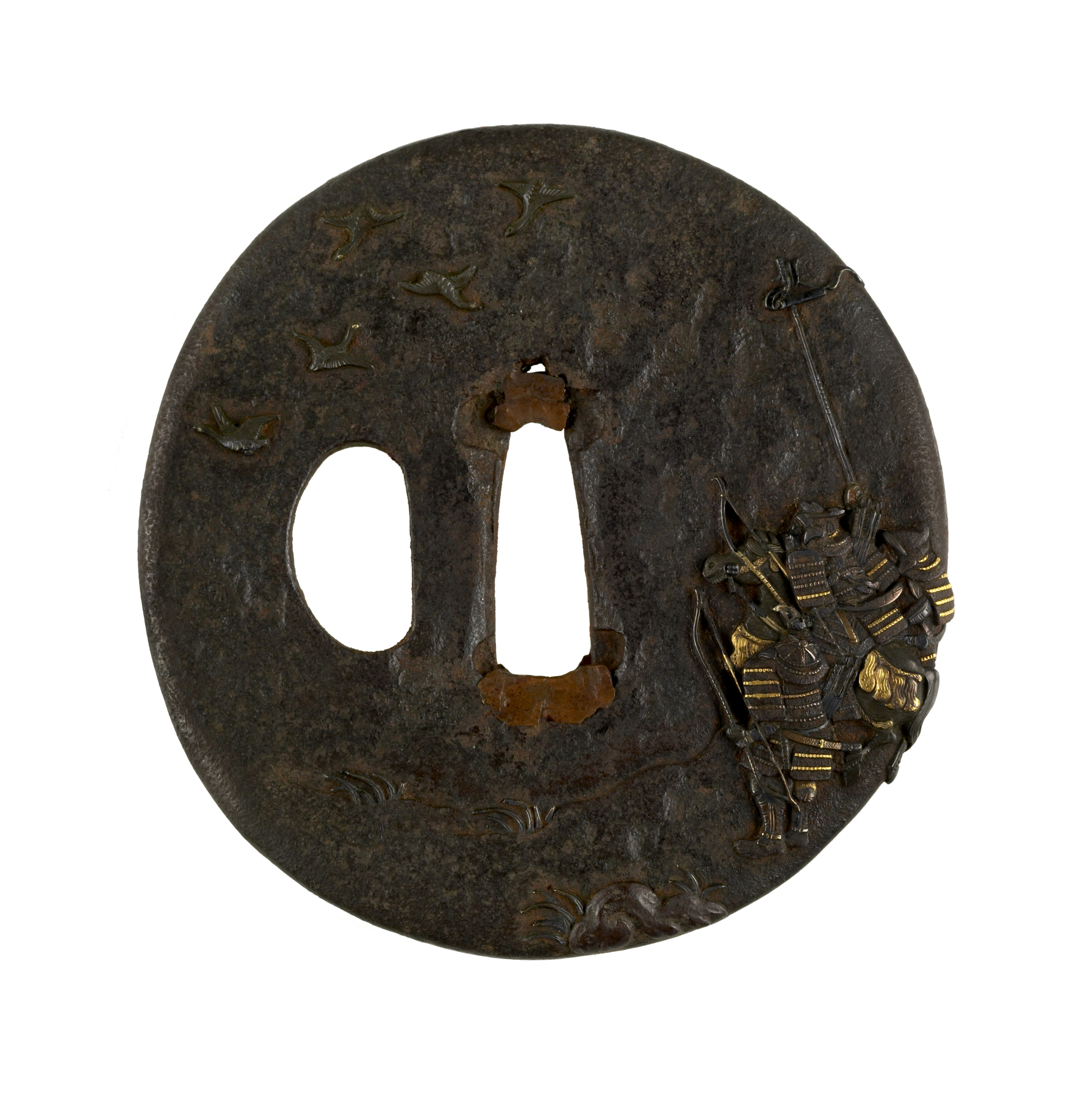 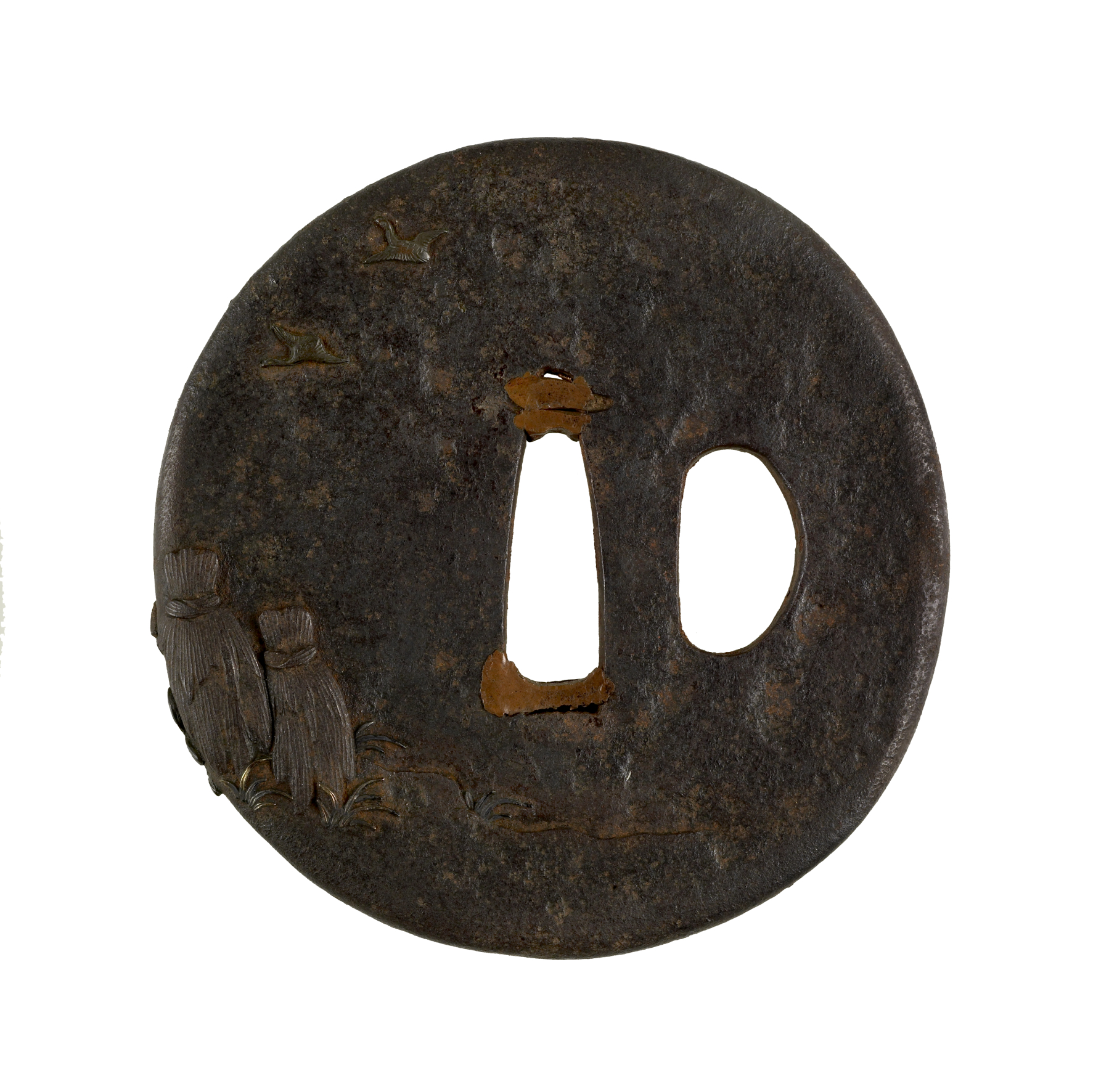 Tsuba with Samurai Warriors Watching the Flight of Wild Geese

The samurai shown on this tsuba are the troops of Minamoto no Yoritomo (1147-1199) at the battle of Fujikawa in 1180 against the troops of Taira no Koremori (1167-1183). A group of three samurai, including one on horseback, are on the right hand edge of the tsuba. In front of them, on the left, a group of geese fly through the air. At the battle of Fujikawa, Yoritomo's troops roused a large number of geese by the river bank. The noise was so great that Koremori's troops thought they were under attack and fled.