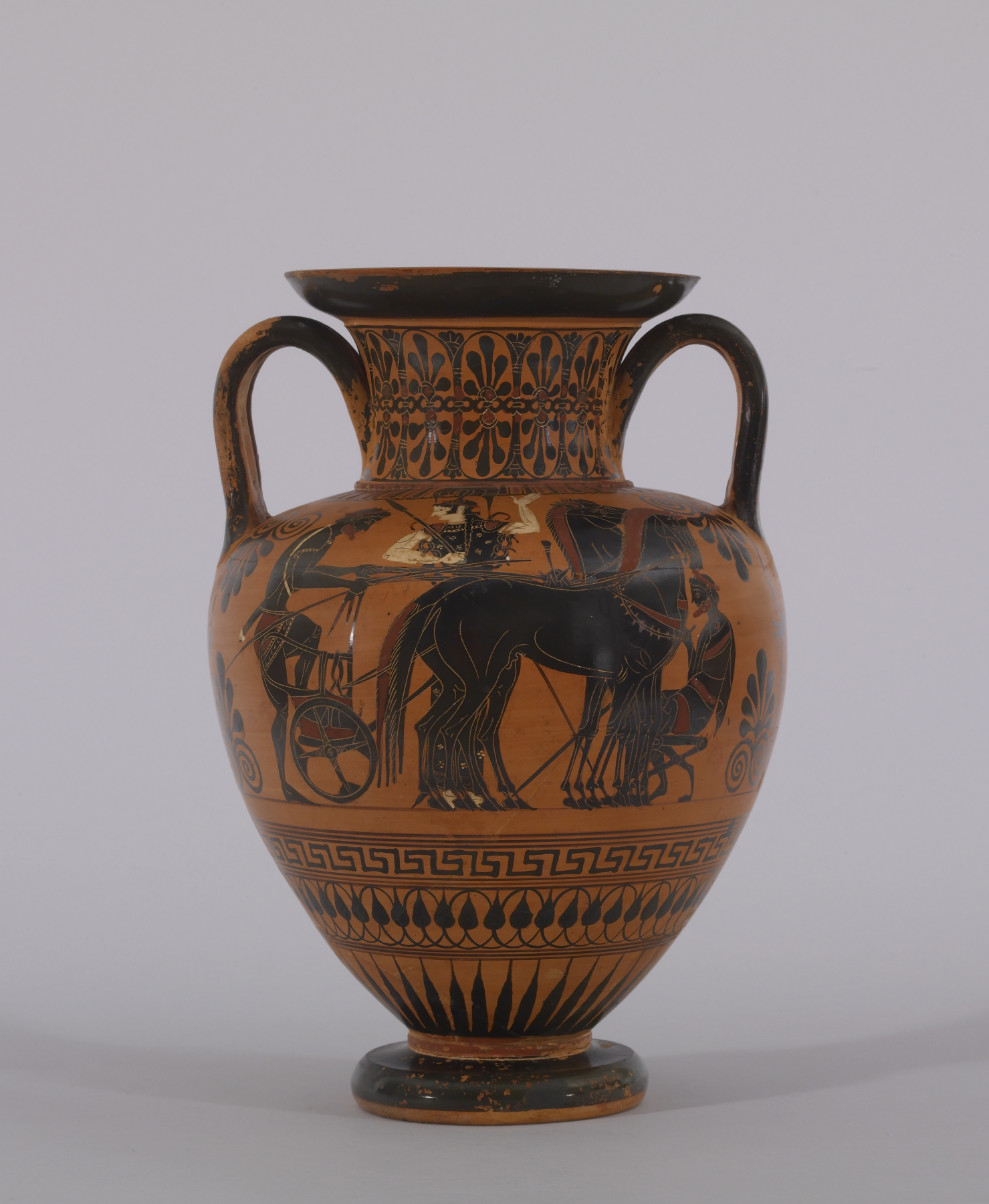 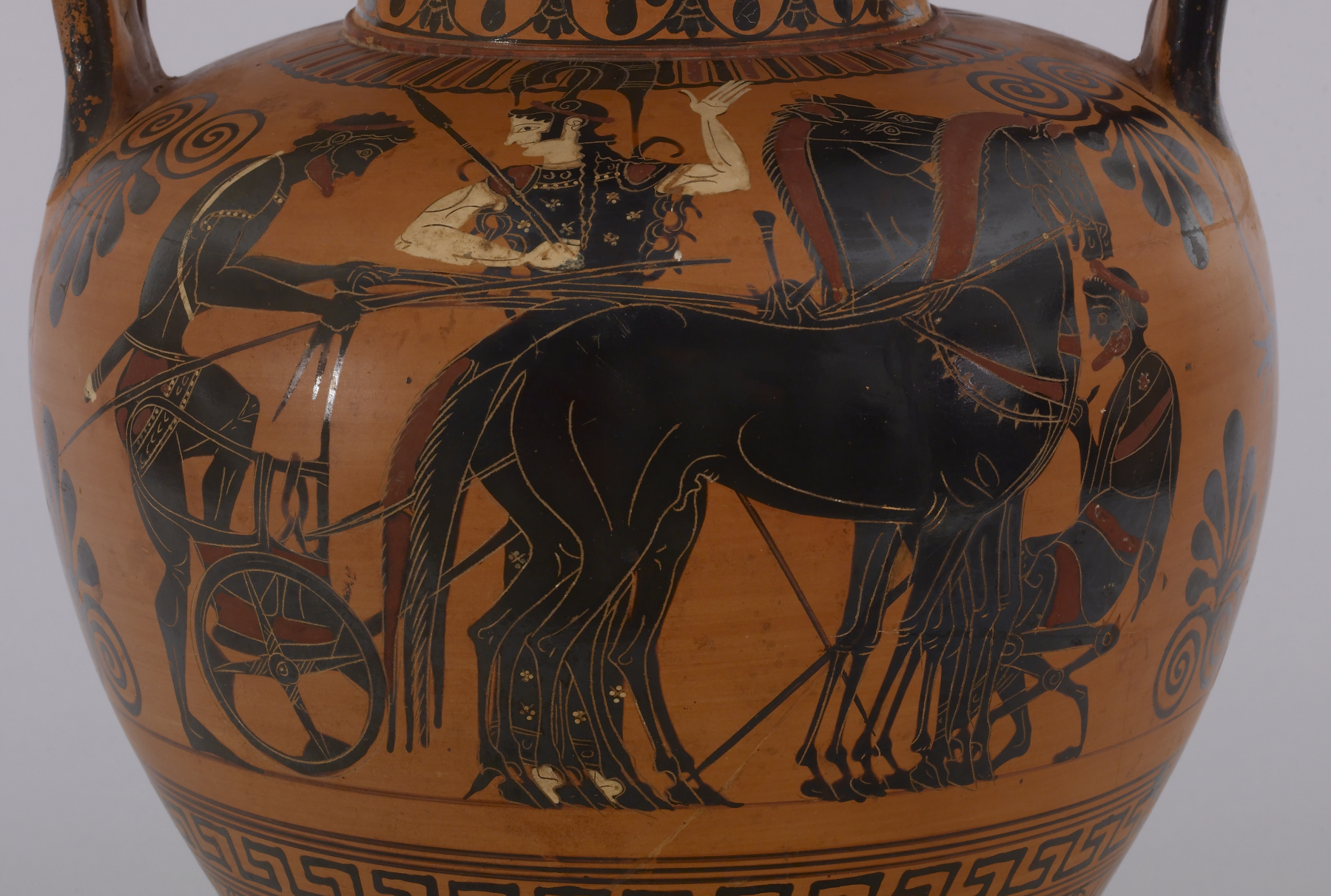 On one side of this black-figure amphora, a bearded man in a short chiton is mounting a chariot while grasping the reins of four horses. Though he has no shield or helmet, his sheathed sword and spear identify him as a warrior. In front of the chariot, another bearded man holding a staff in his right hand sits on a diphros. Behind the horses stands Athena, who turns her head toward the charioteer and holds a spear in her right hand. She wears a long, patterned peplos, a snaky aegis and a high-crested helmet.

The scene on the opposite side depicts a helmeted warrior, carrying a spear and shield flanked by two mounted horsemen. Below the figural scene are three bands of a meander pattern, a lotus bud chain, and black rays. Palmettes adorn the neck and the area below the handles.

The main side of the vase depicts a departure scene, in which the warrior prepares himself to enter the battlefield-a popular motif in Athenian vase painting. The scenes vary in their iconography; some include family members offering armor, libations, and farewell gestures (Shapiro 1990, 120-21). In black-figure examples of this motif, figures are sometimes labeled with the names of epic heroes (Matheson 2005, 26). On this vase, there are no inscriptions to identify the figures, allowing the viewer to draw comparisons between contemporary warriors and their heroic prototypes. Scenes of warriors departing tend to focus on the soldier taking leave of his family and frequently depict the soldier's father and wife or mother. The presence of Athena in this scene may refer to epic or may indicate that the warrior is protected by this armed goddess.