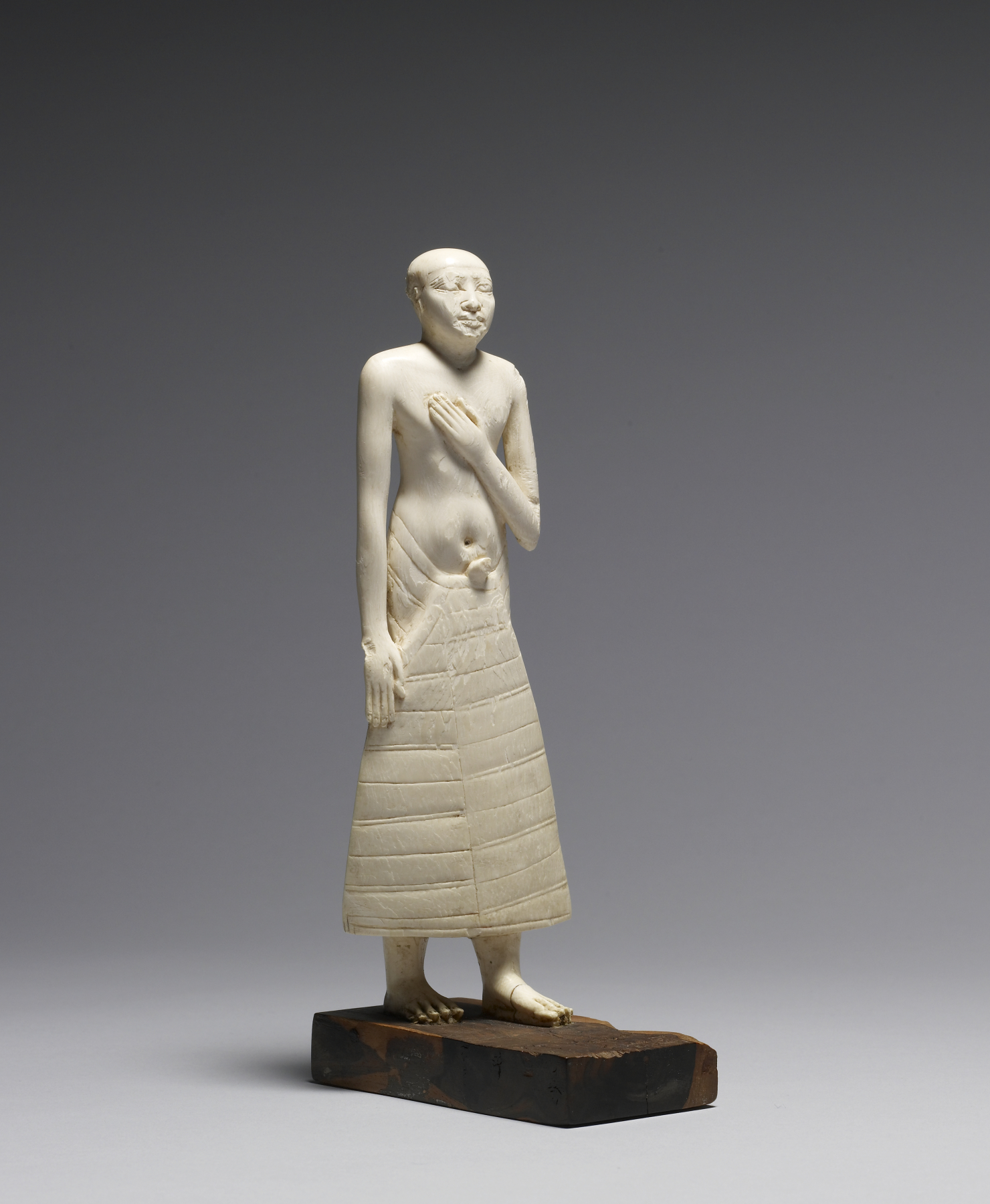 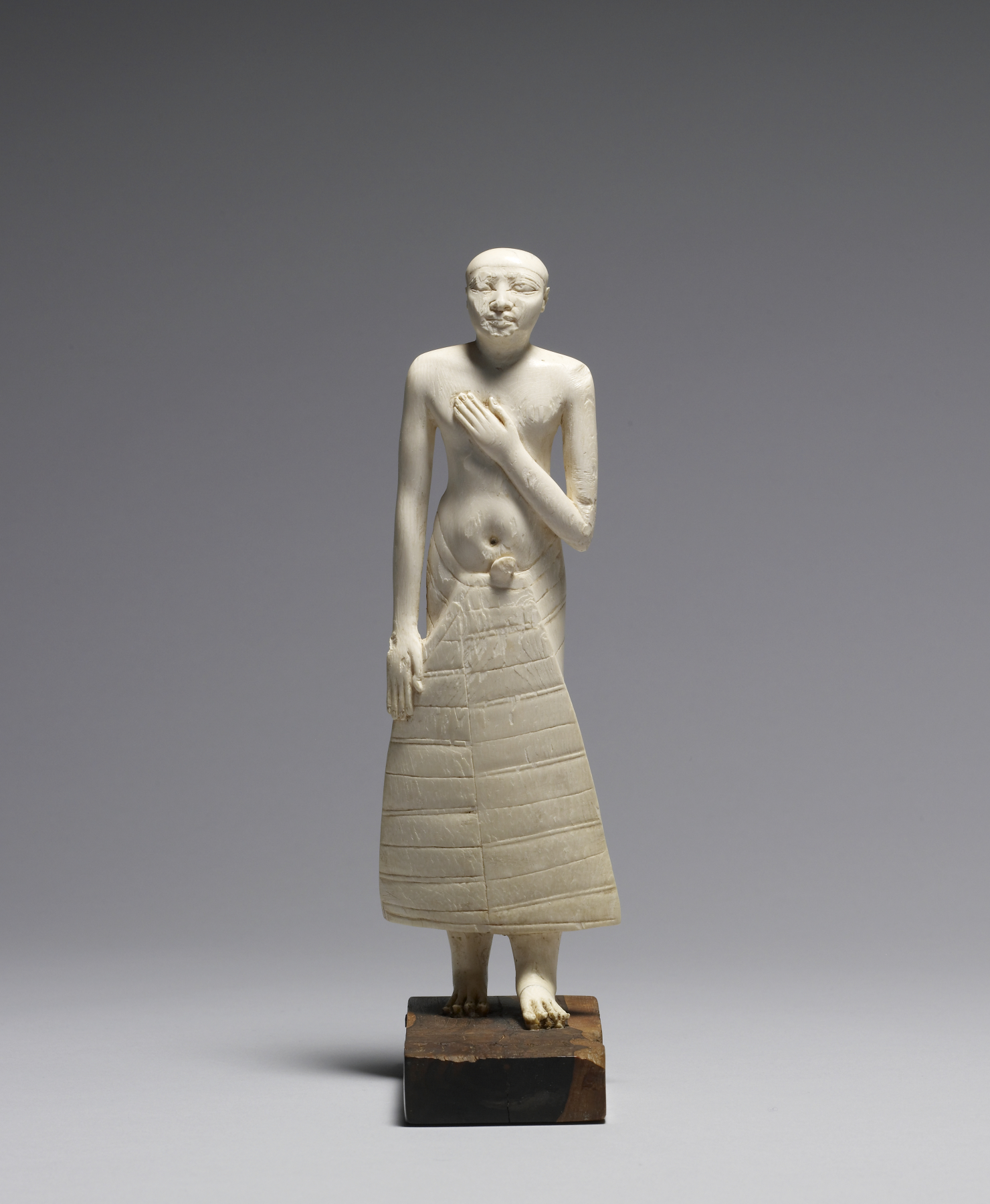 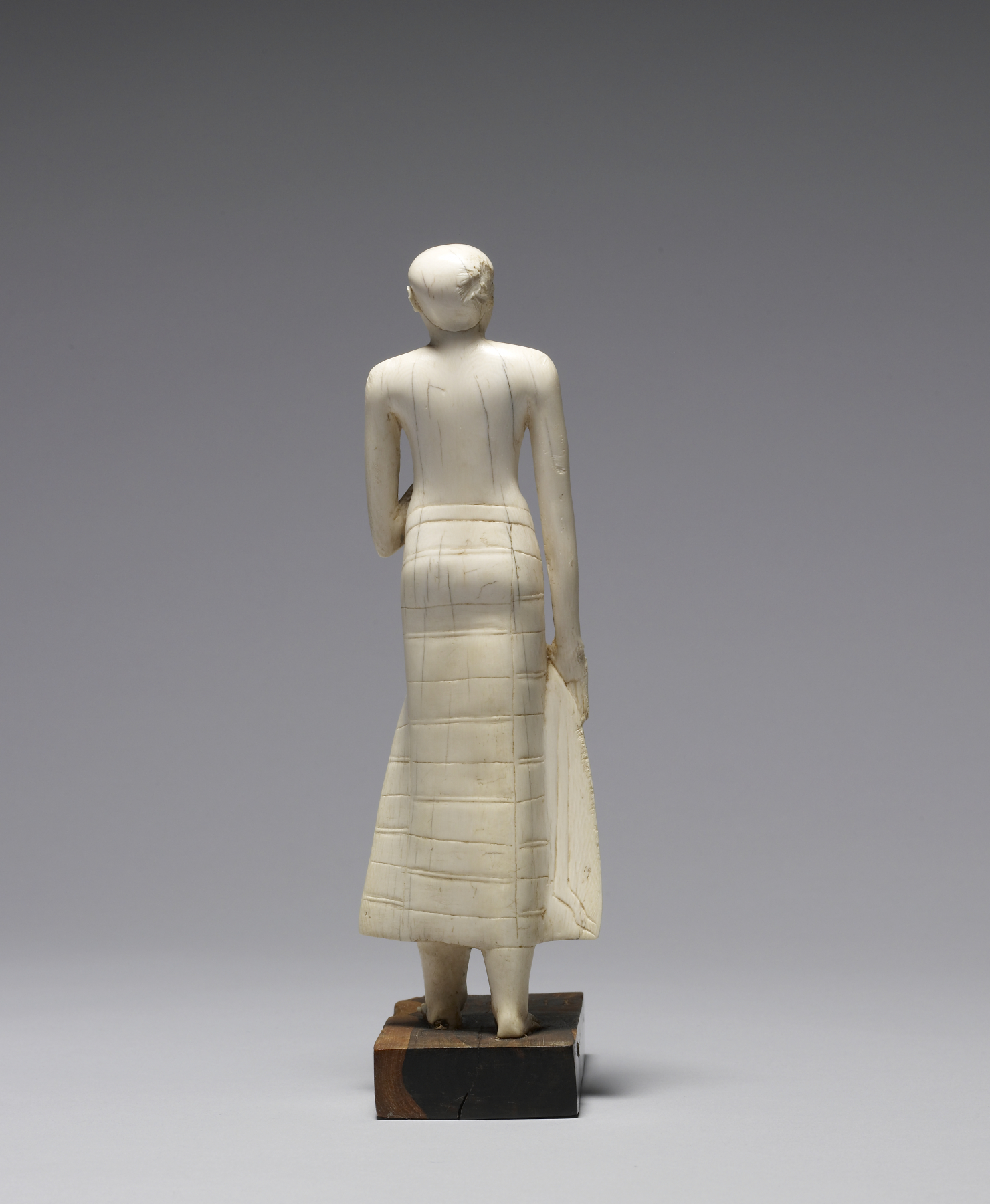 Standing Figure of a Male Dignitary

Sadly, this small figure of a standing official has lost its original base, which would have provided information on his identity, but the outstanding quality of its workmanship and the material used indicate that it was made for an individual of very high status.

This sophisticated, small figure displays several features typical of Middle Kingdom sculpture: prominent eyes; the significant gesture of his left hand placed upon his right breast, indicating an attitude of respect; elongated arms and hands; and the ankle-length kilt. The slight fleshiness of the body hint at the owner's desire to be seen as successful and, therefore, well fed.