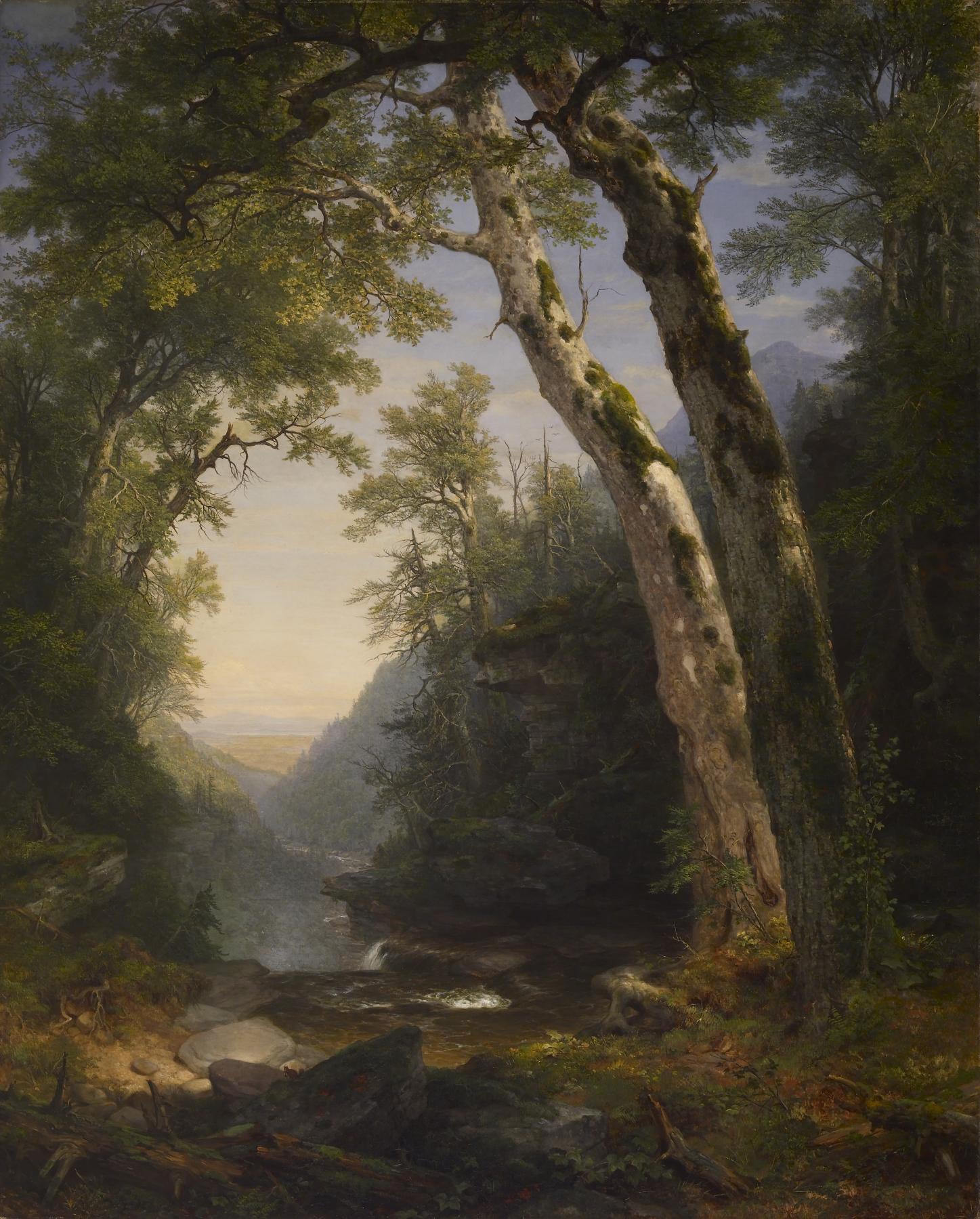 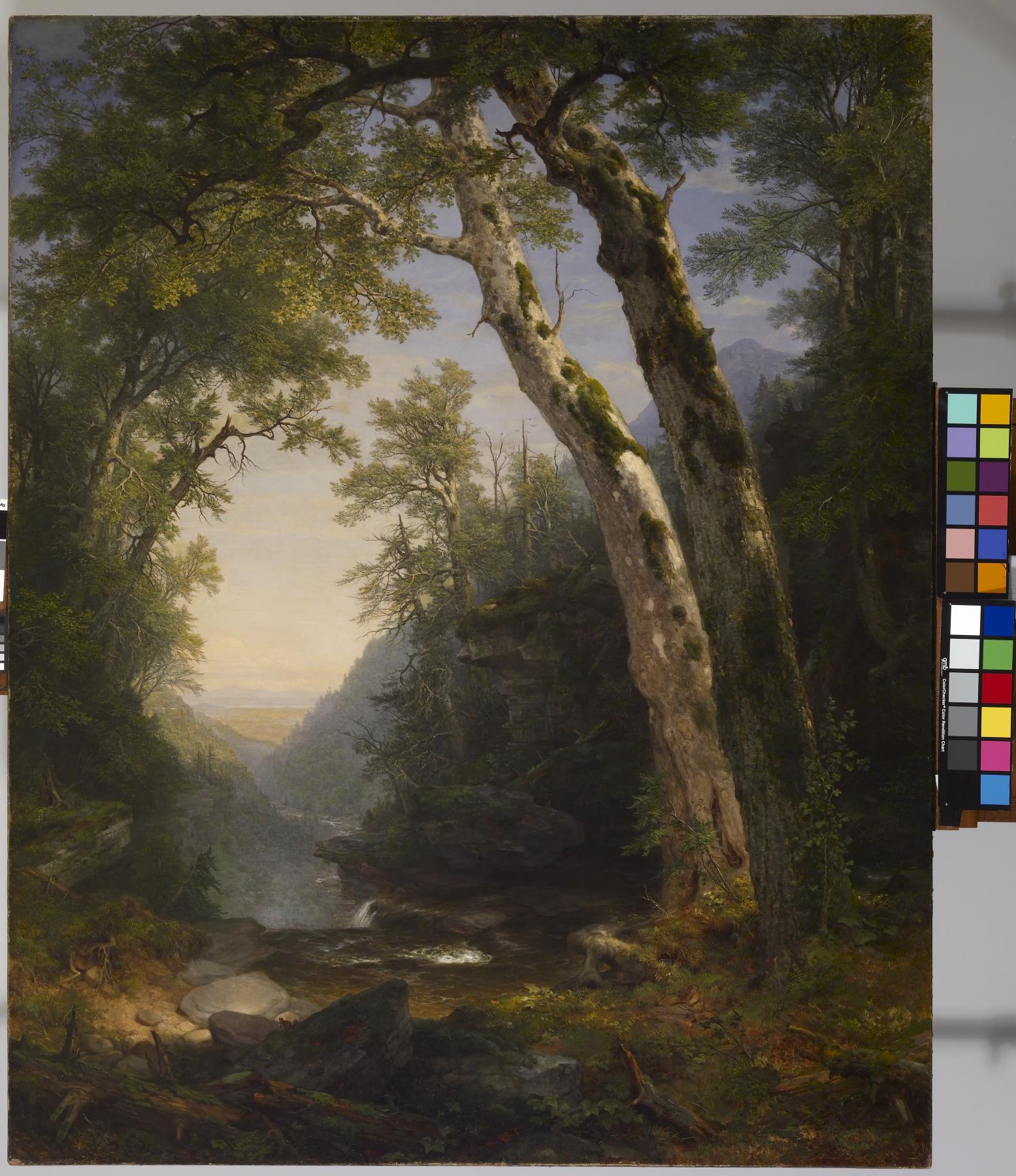 This painting was commissioned by William T. Walters in 1858, when the 62-year-old Durand was at the height of his fame and technical skill. The vertical format of the composition was a trademark of the artist, allowing him to exploit the grandeur of the sycamore trees as a means of framing the expansive landscape beyond.

Durand's approach to the "sublime landscape" was modeled on that of Thomas Cole (1801-48), founder of the Hudson River school of painting. The painters of this school explored the countryside of the eastern United States, particularly the Adirondack Mountains and the Catskills. Their paintings often reflect the Transcendental philosophy of Ralph Waldo Emerson (1803-82), who believed that all of nature bore testimony to a spiritual truth that could be understood through personal intuition.

[1] Commissioned June 8, 1858, payment made May 3, 1859. See letters from Walters to Durand in the New York Public Library, Manuscript Division