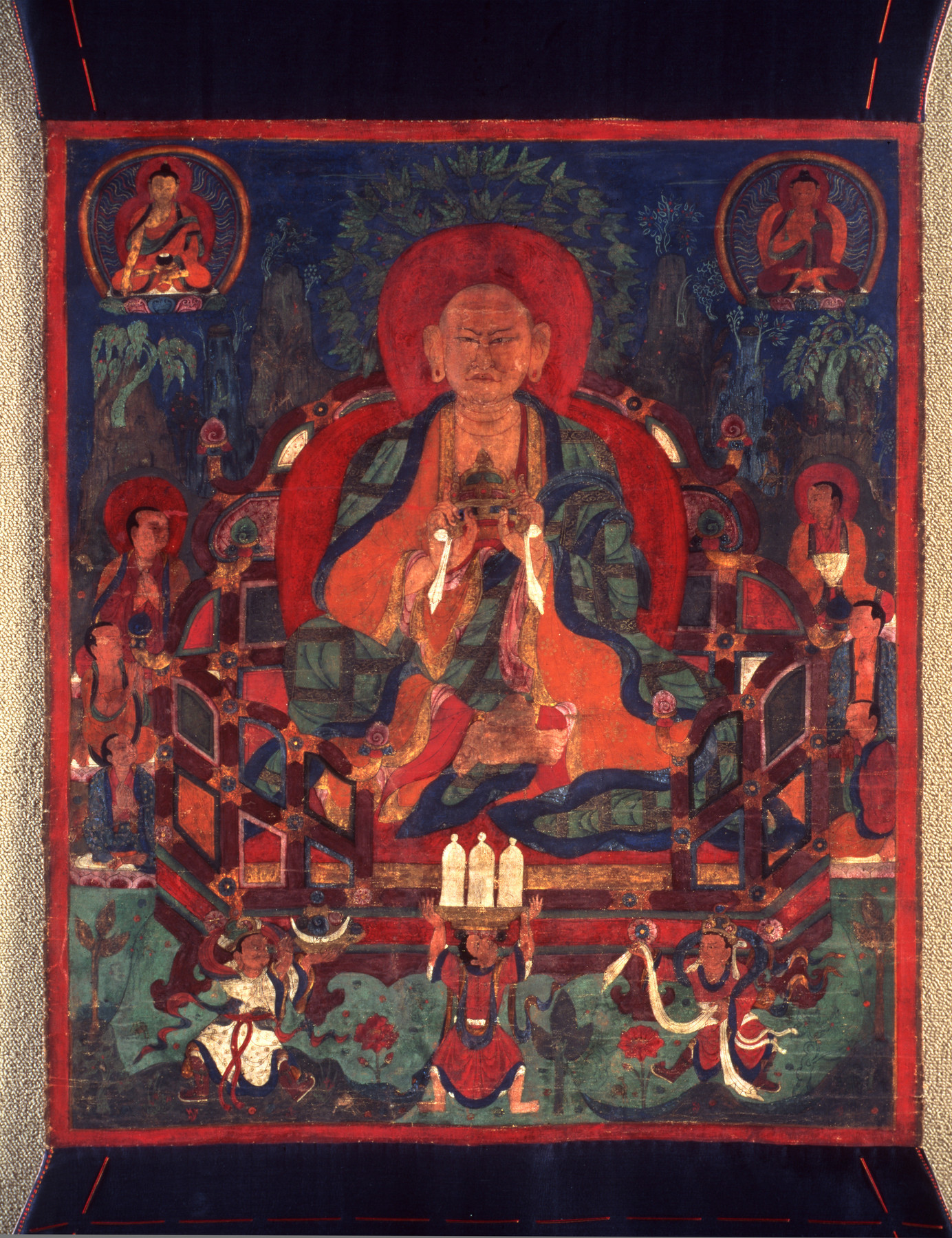 The Buddha Shakyamuni had a son named Rahula, who became a disciple of his father. Tibetan monks regard him as a spiritual ancestor. Rahula went to a Buddhist heaven to teach, and it was there that he was given the crown he holds in his hands. The style of the throne and the facial features suggest influences from China. The rocks and animated trees are of a sort found in Tibetan paintings for only a brief period.