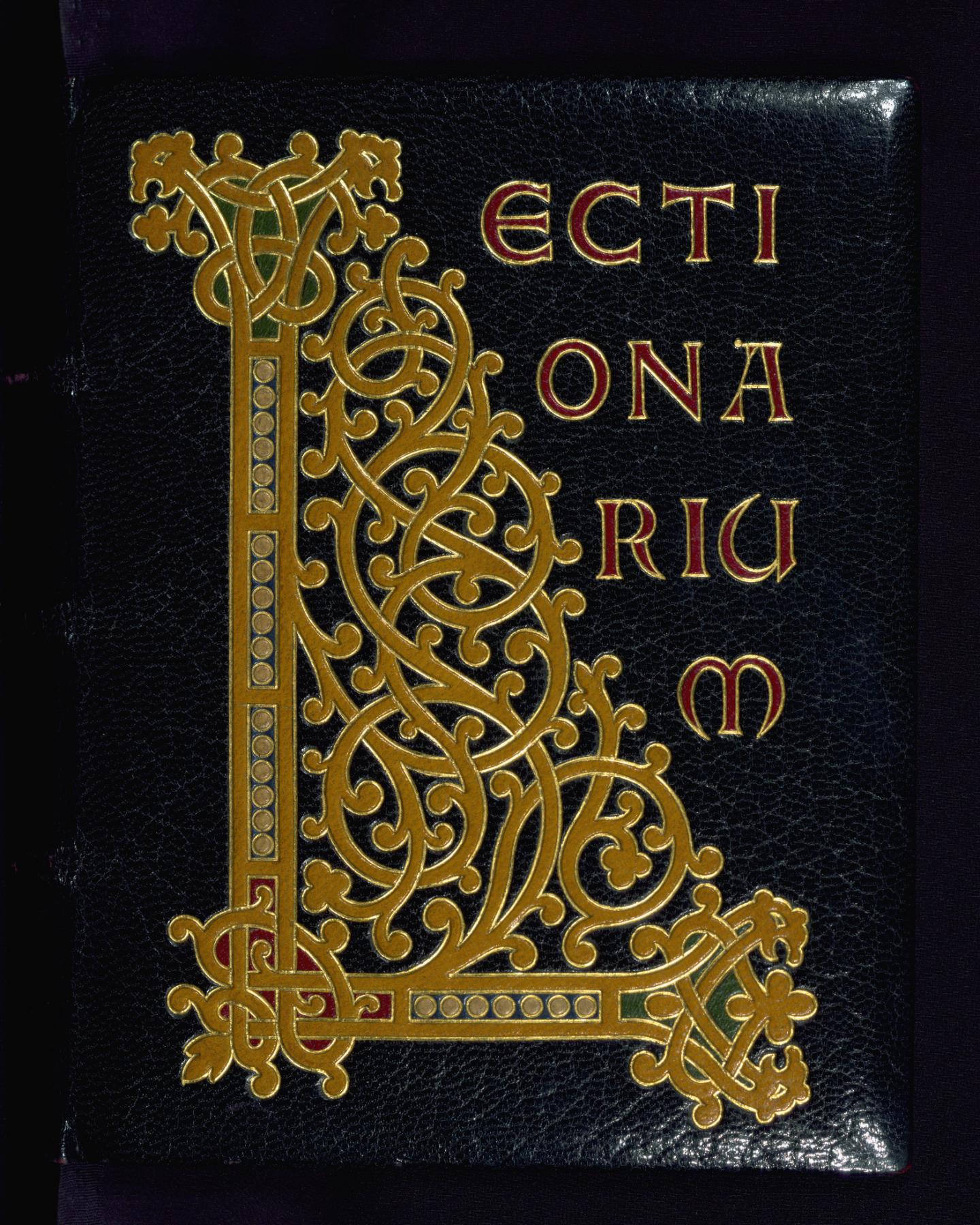 This Lectionary was created ca. 1000 in Trier. Written in a clear Caroline minuscule, it contains decorated initials at the openings of important readings. A set of illuminated letters marks the beginning of the Epistle and Gospel lessons for Easter; they display the hierarchy of scripts with capital letters decorated with gold leaf or drawn in red ink, followed by uncial and Caroline minuscule. Initials in orange, sometimes filled with gold, mark the divisions of the text. The book has been stylistically compared with Ottonian manuscripts, especially with a Psalter preserved in Trier (Stadtbibliothek, Ms. 7) illuminated by the so-called Master of the Registrum Gregorii. 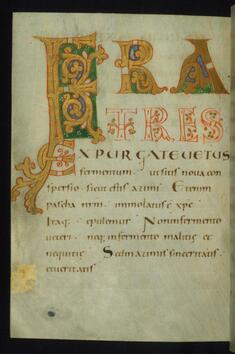 Fratres with Decorated Letters F, R, and A 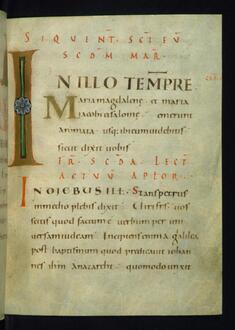 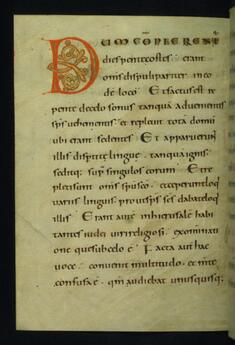 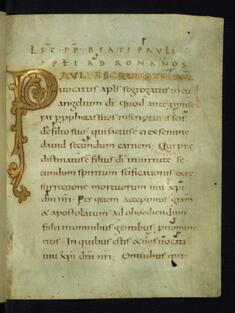 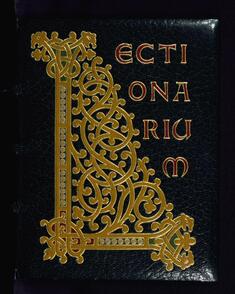