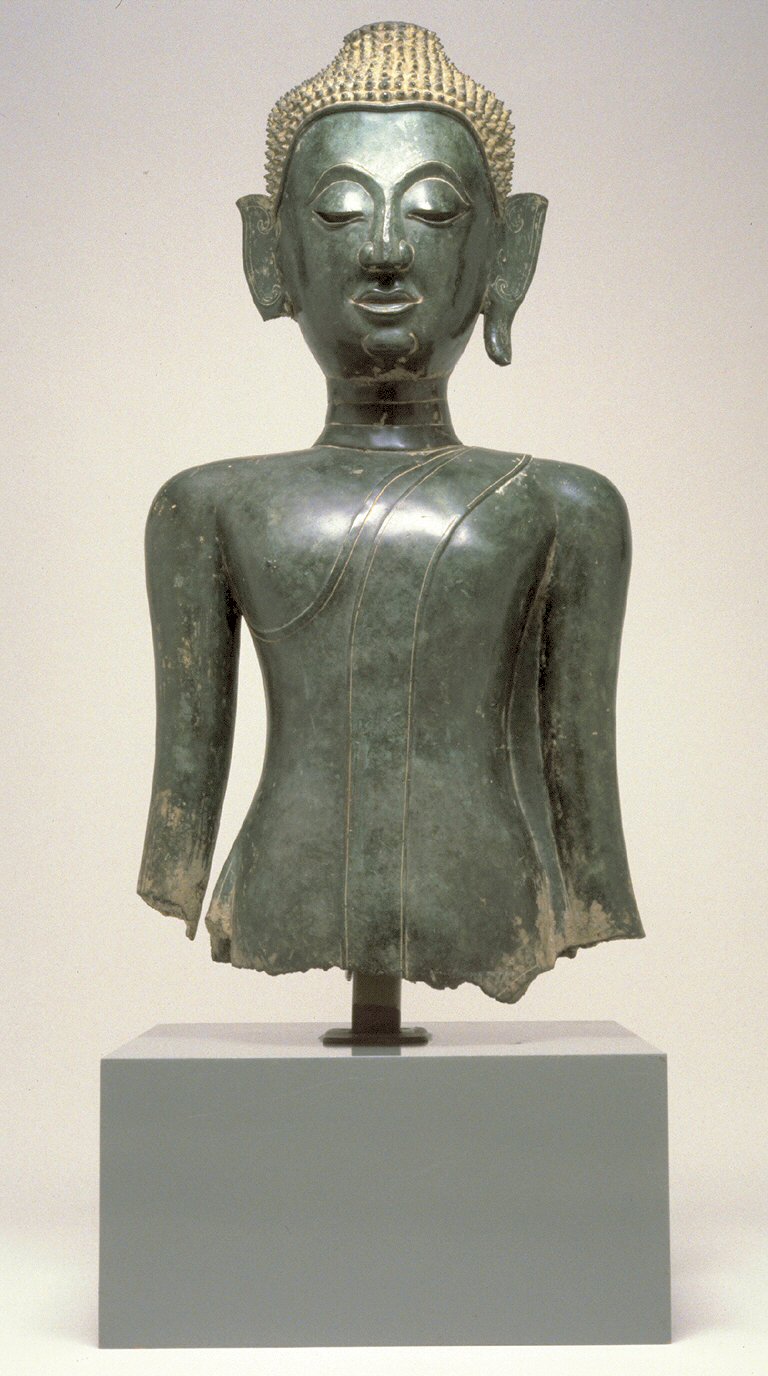 Head and Torso of a Standing Buddha

Originally the arms of this large and striking image fell at the side, and the sides of the robe flared outward at the bottom, possibly with an inflected outline that echoed the curves of the ears. In the 16th century, standing images of this type were made in various parts of Lan Na, but most later examples are much later (19th century) works in wood. As this bronze was acquired in Paris, an Indochinese- i.e. Lao- origin seems probable. Related images can be seen today in Vientiane.

Because of its scale, sophisticated finishing, and technical mastery, this sculpture can be assumed to have come from a workshop accustomed to producing significant objects. An attribution to the time of King Surinyavongsa of Vientiane (r. ca. 1637-1694) could be proposed.