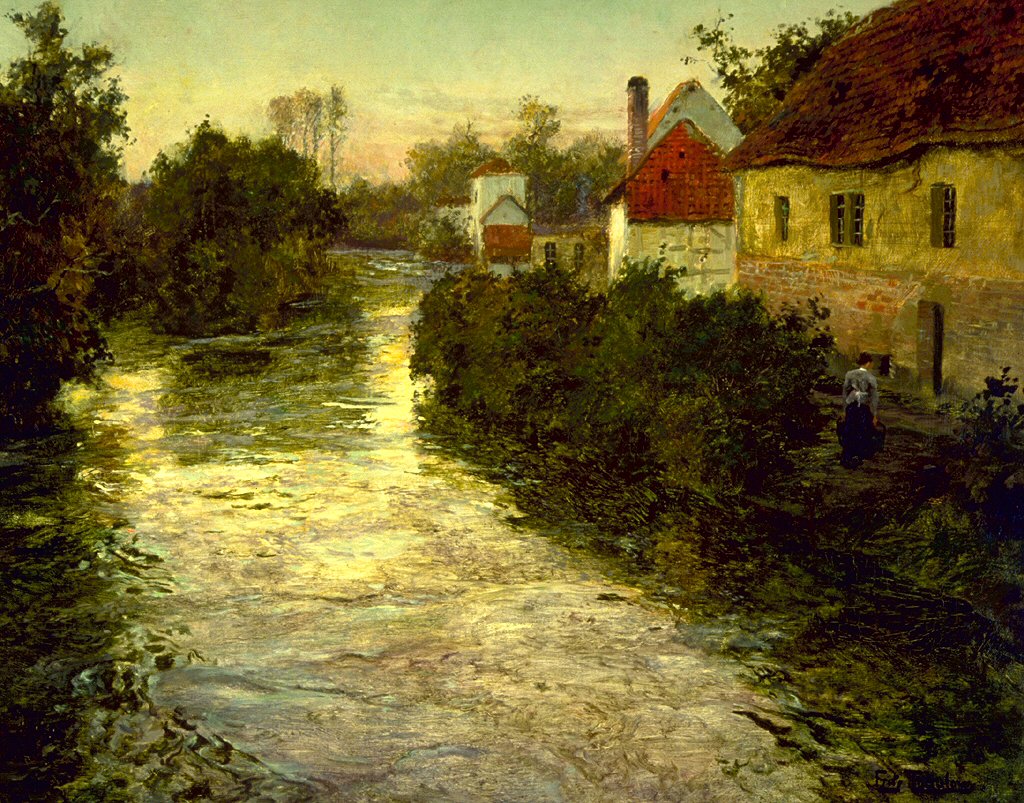 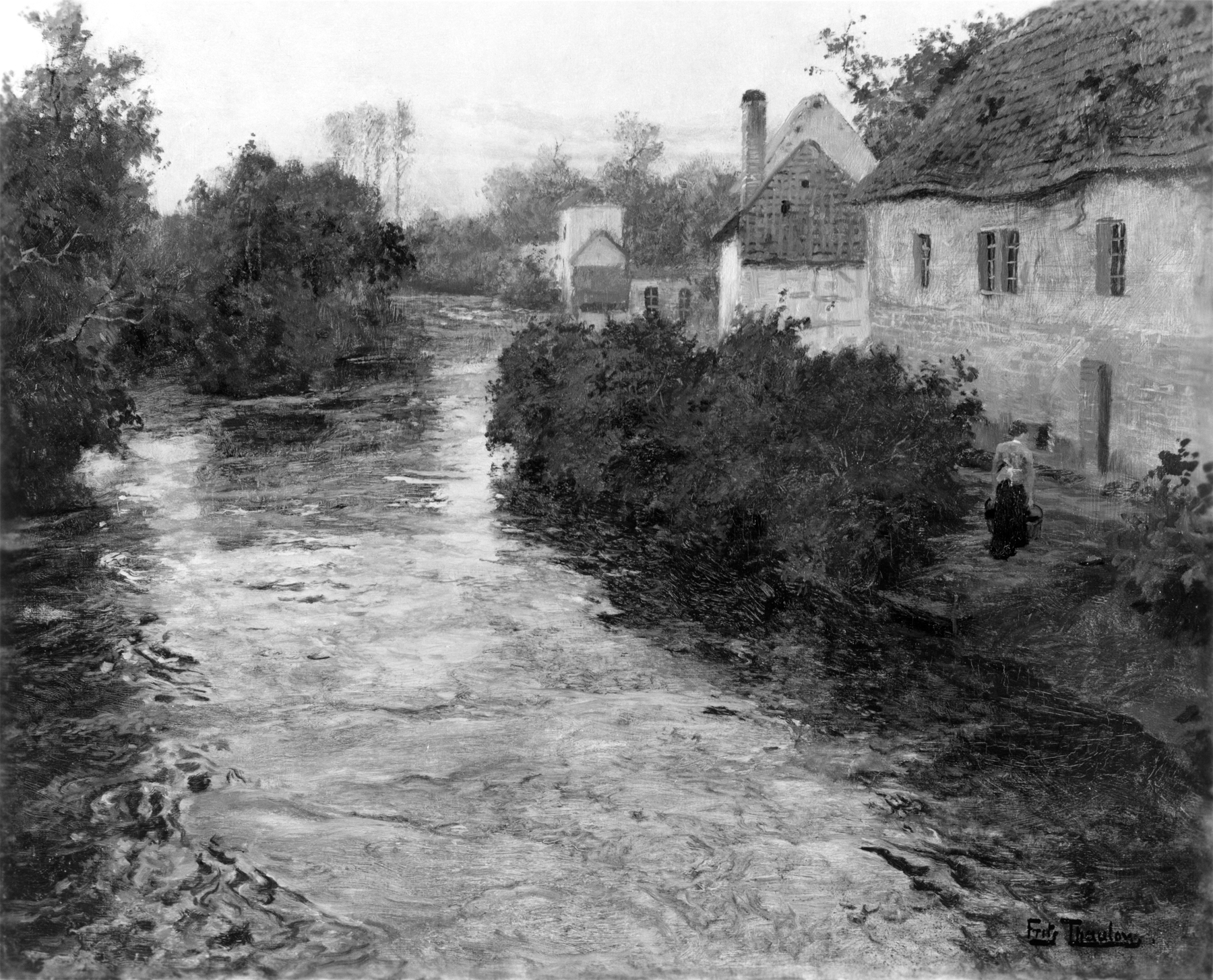 Village on the Bank of a Stream

In 1874, the Norwegian painter Frits Thaulow visited Paris. Not only did his arrival coincide with the opening of the first impressionist exhibition, but it was also in that year that he met and married Ingebord Gad, the sister of Paul Gauguin's Danish wife. Thaulow was attracted to the works of the French academic realists, including Jules Breton, but he is invariably associated with the impressionists. Returning to Norway in 1880, he established a "plein-air," or outdoor, school of painting at Modum (near Oslo). In the 1890s, he traveled extensively, painting in England, France, Italy, and America. This view of a farm in the Pas-de-Calais region of northern France is typical of Thaulow's unique version of Impressionism.