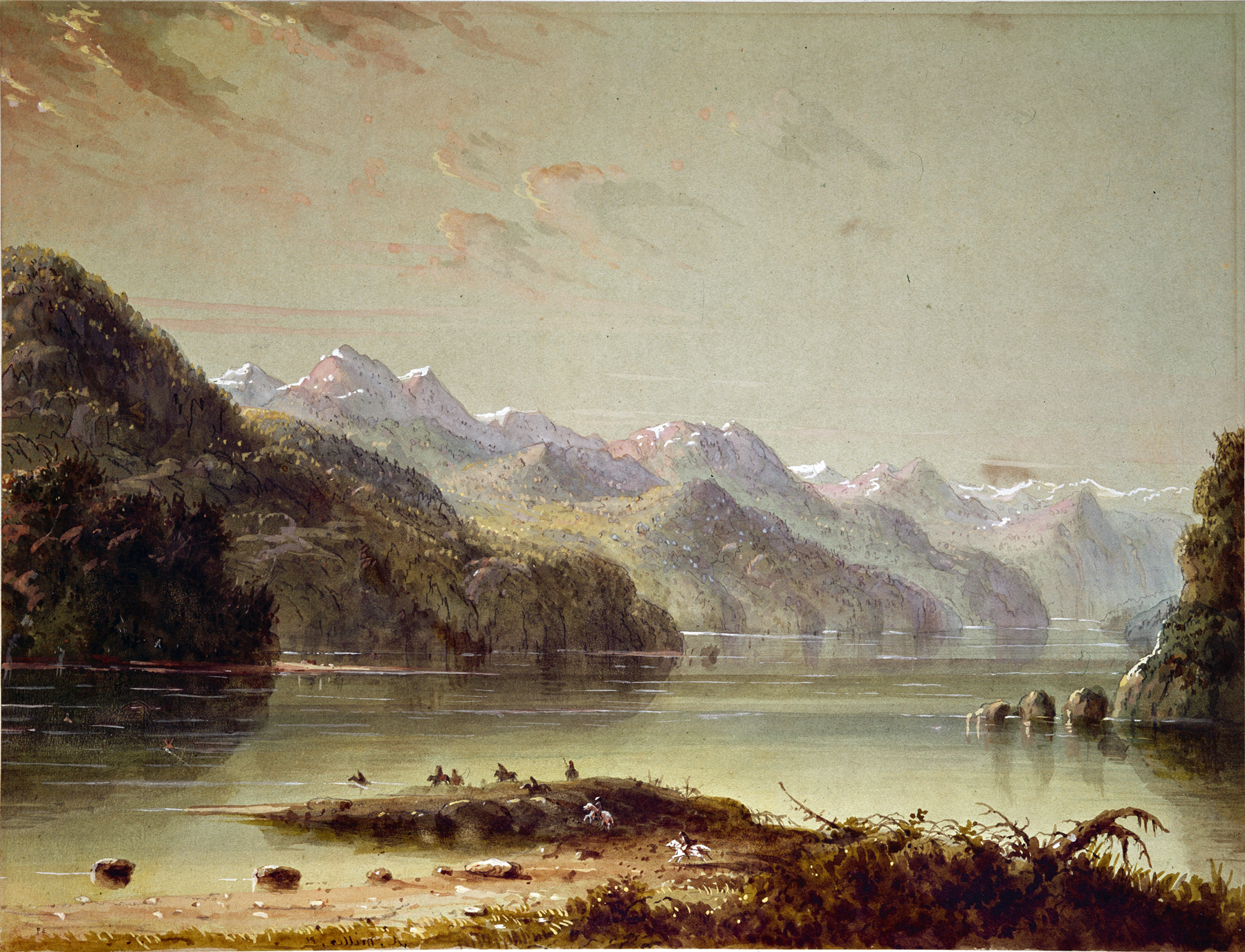 Text added 2/8/22 by Ehoobler in the context of land Acknowledgment rollout: Extracts from Alfred Jacob Miller’s original text, which accompanied his images of Native Americans, are included below for reference.

"The tourist who jouneys to Europe in search of a new sensation, bust by this time find that his vocation is nearly gone. Italy and its wonders have been described so often that they begin to pale. Egypt, the River Nile, Cairo, and the pyramids have been 'done' to death. Greece and her antiquities are as familiar as huosehold words. What will the enterprising traveller do under these untoward circumstances? Well, here is a new field for him. These mountain Lakes have been waiting for him thousands of years, and could afford to wait thousands of years longer, for they are now as fresh and beautiful as if just from the hands of the Creator. In all probability, when we saw them not 20 white men had ever stood on their borders, A single Lake and Mont Blanc are the wonders of Europe, but here are mountains and lakes reaching from Tehuantepec to the Frozen Ocean in the North, or upwards of 50 degrees - nearly one seventh part of the globe - ample room and verge enough, one would think, for a legion of tourists." A.J. Miller, extracted from "The West of Alfred Jacob Miller" (1837).