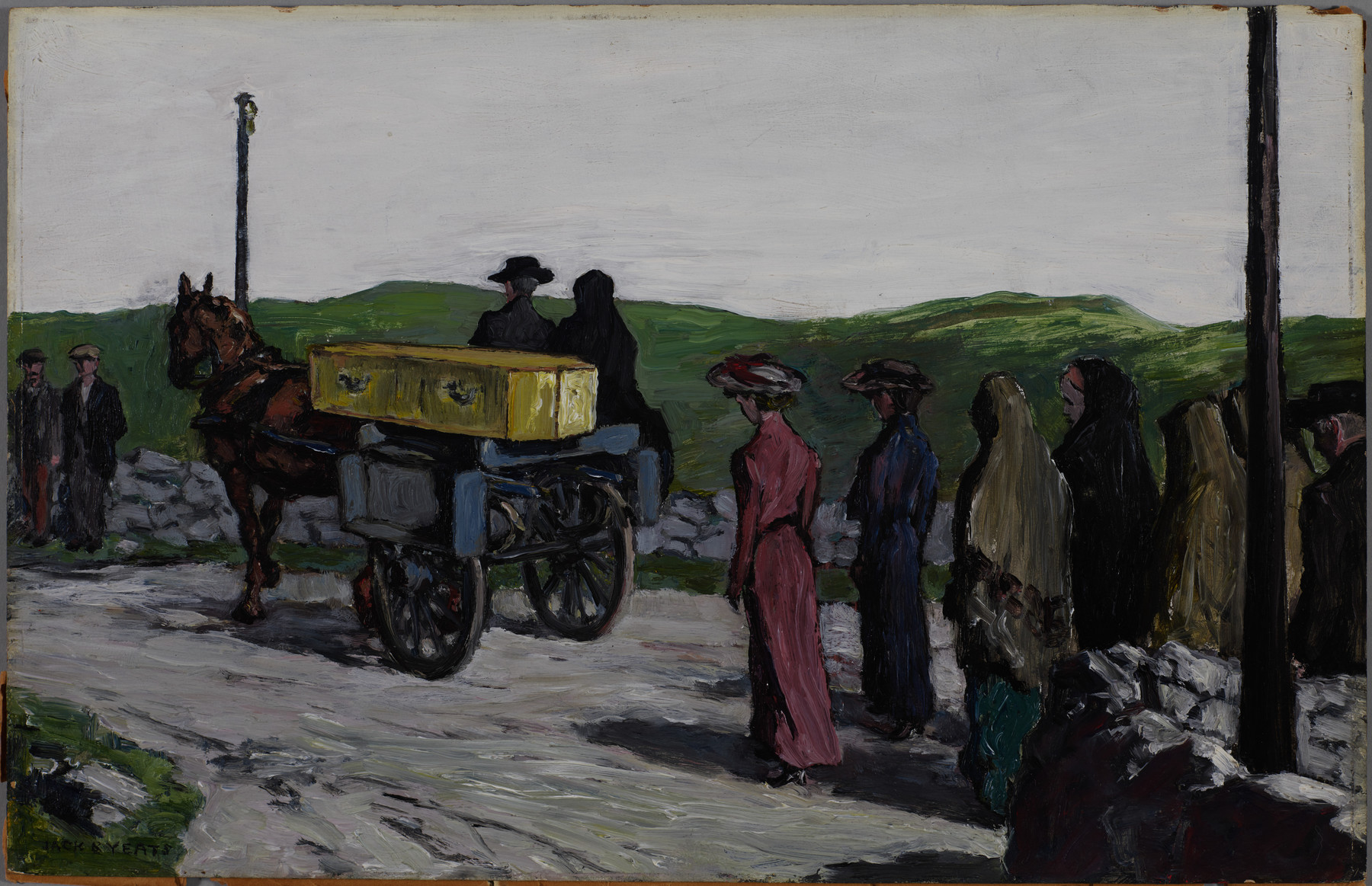 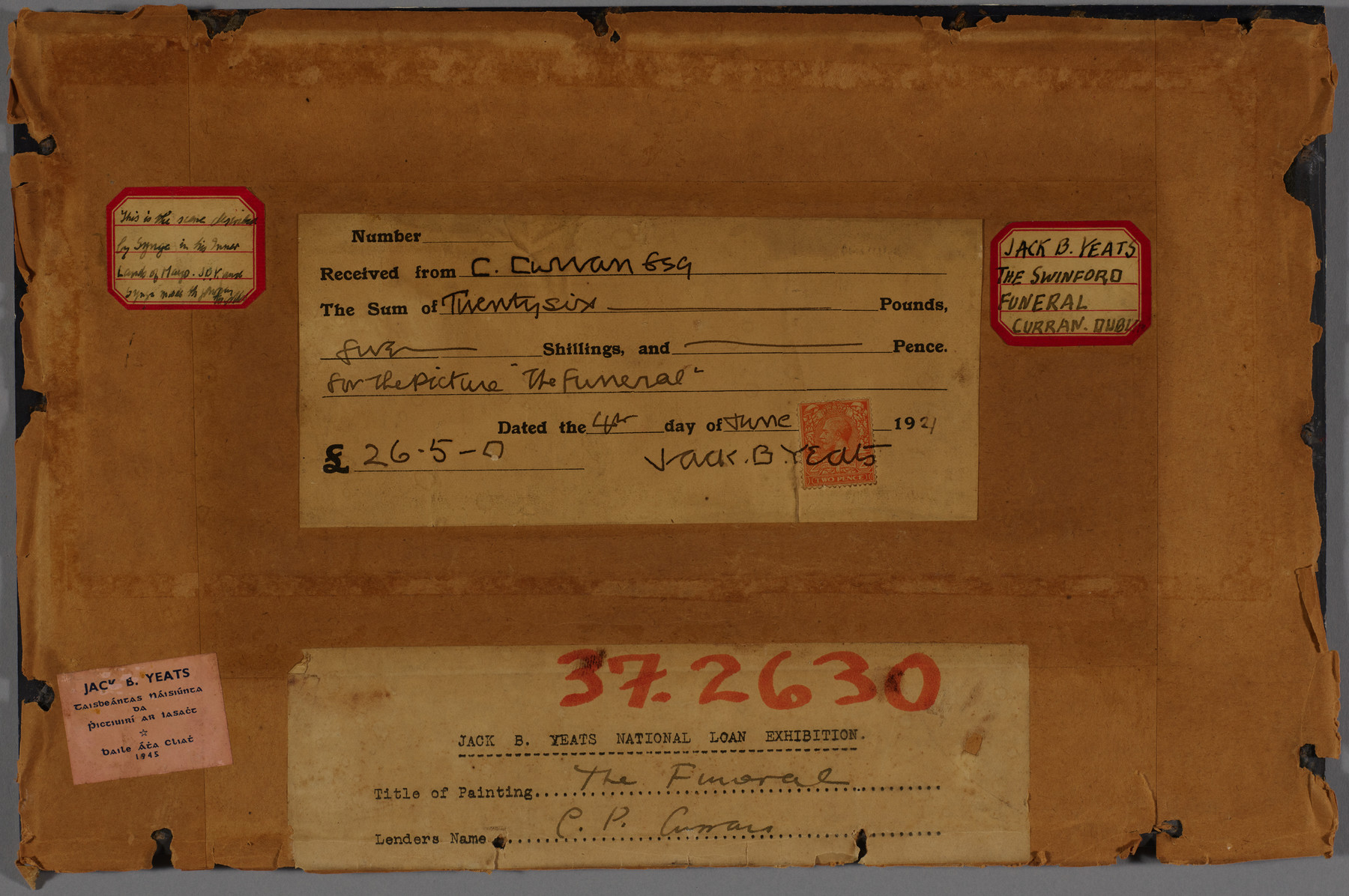 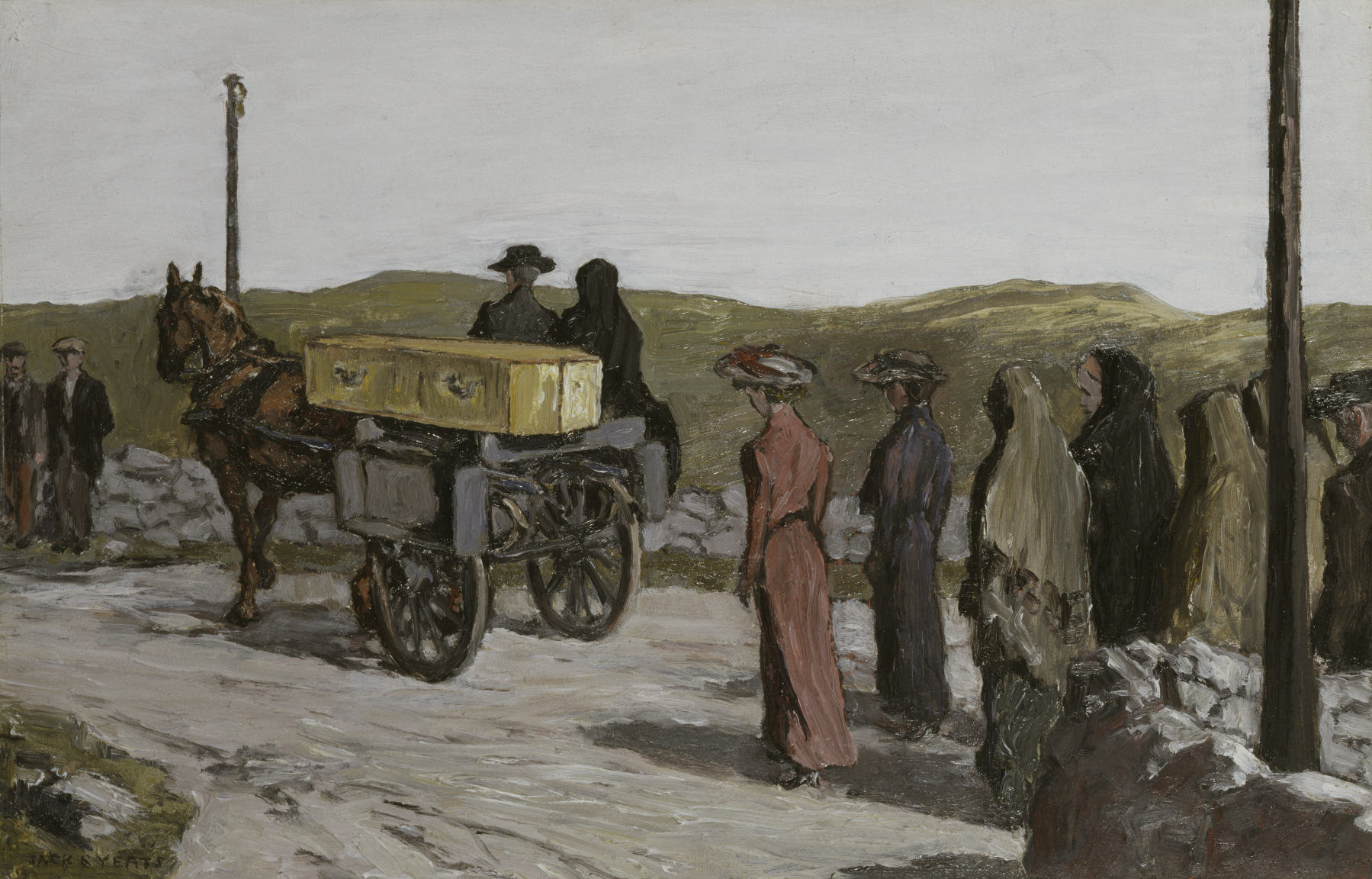 Jack B. Yeats, son of the portraitist, John B. Yeats (1839-1922), and brother of the poet William B. Yeats (1865-1939), is generally acknowledged as the greatest Irish painter of the first half of the 20th century. Initially an illustrator, he accompanied the writer John Millignton Synge (1871-1909) on a walking tour of Mayo County in western Ireland in 1905. A sketch made at that time served thirteen years later as the basis for this painting. The women whose brightly colored dresses contrast with the drab clothing of the other mourners are presumably Irish-Americans who have returned home. In referring to the scene in an article he wrote for the "Manchester Guardian," Synge alluded to several young women in the funeral procession who seemed by their dress to be "returned Americans."