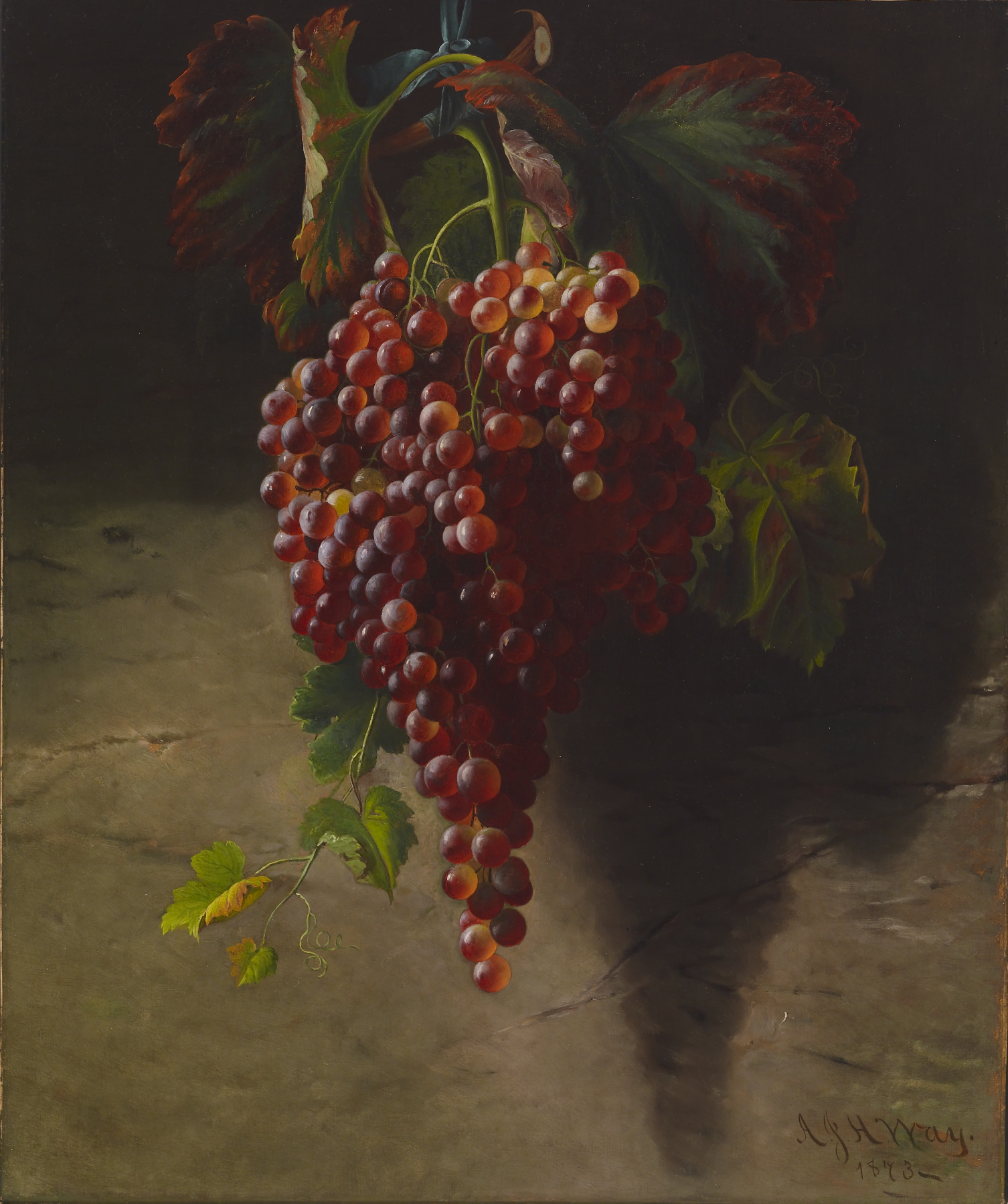 The grapes in this painting have been identified as the Prince Albert variety, which William T. Walters grew in greenhouses at his Govans estate, Saint Mary’s, four miles north of Baltimore, in an area where many wealthy Baltimore families had summer homes. Walters imported plants and livestock from France and was particularly interested in horse breeding. Way was a local painter who began his career as a portraitist but turned to still lifes and specialized in depicting grapes and oysters—a Chesapeake delicacy.