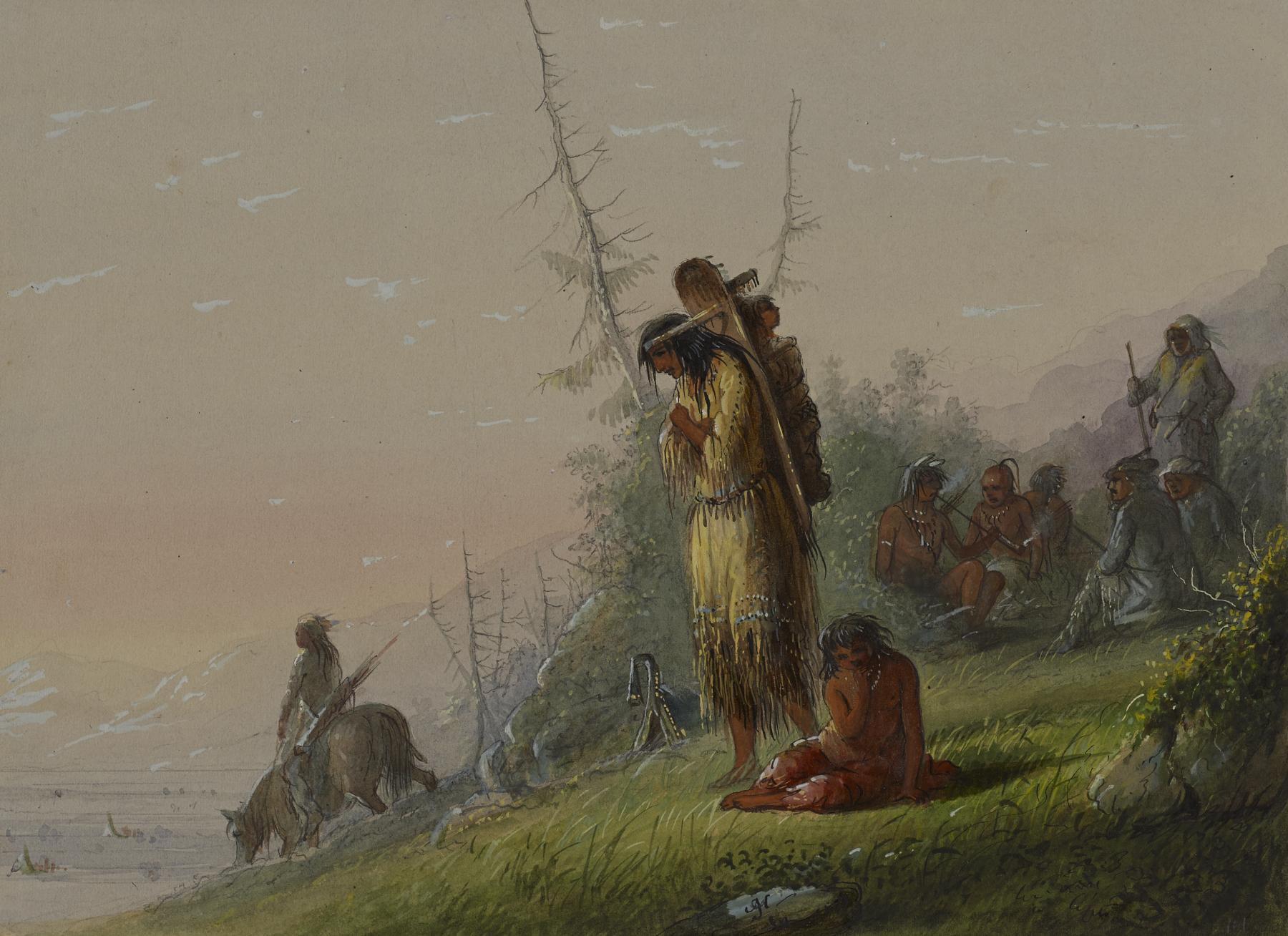 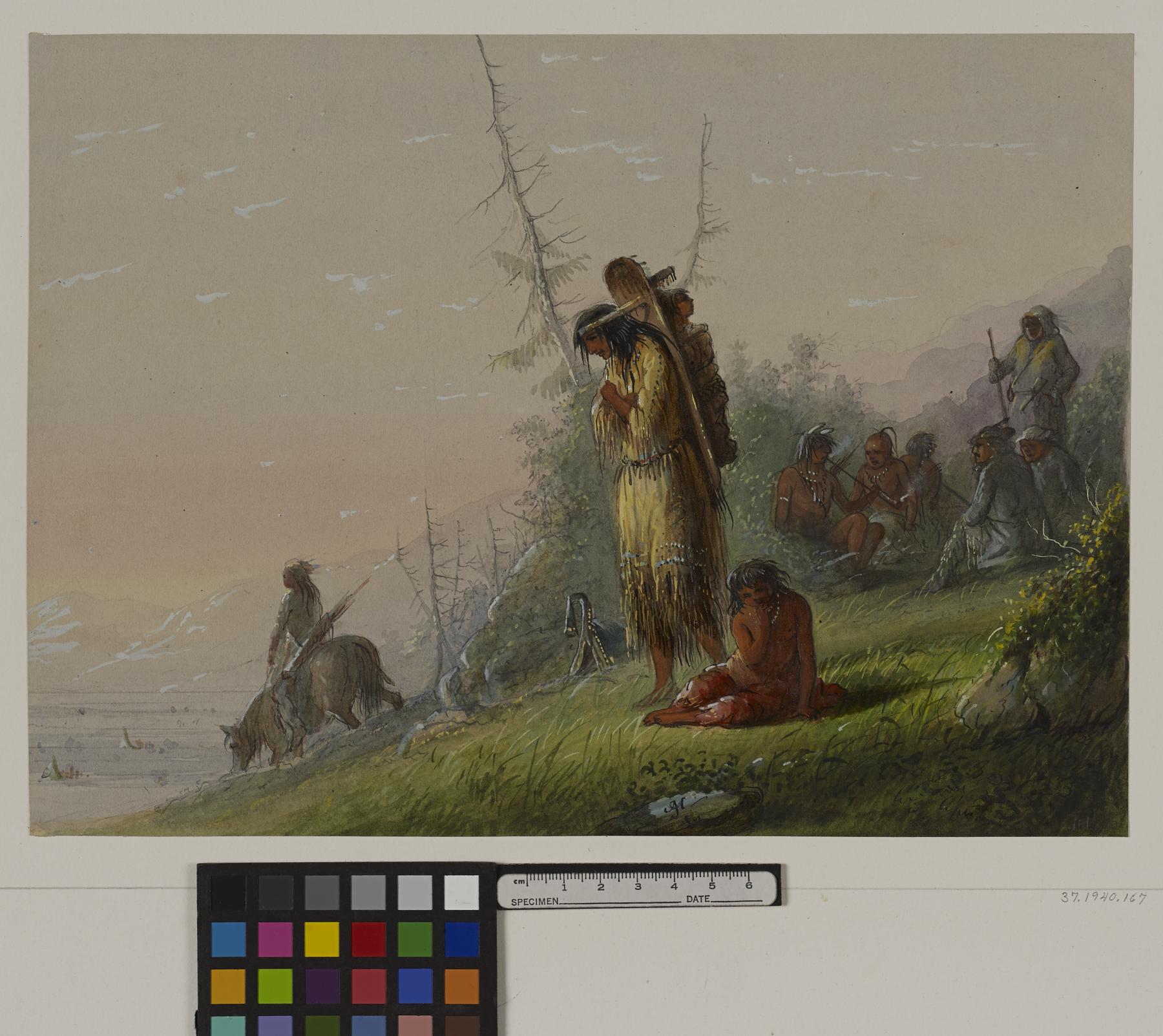 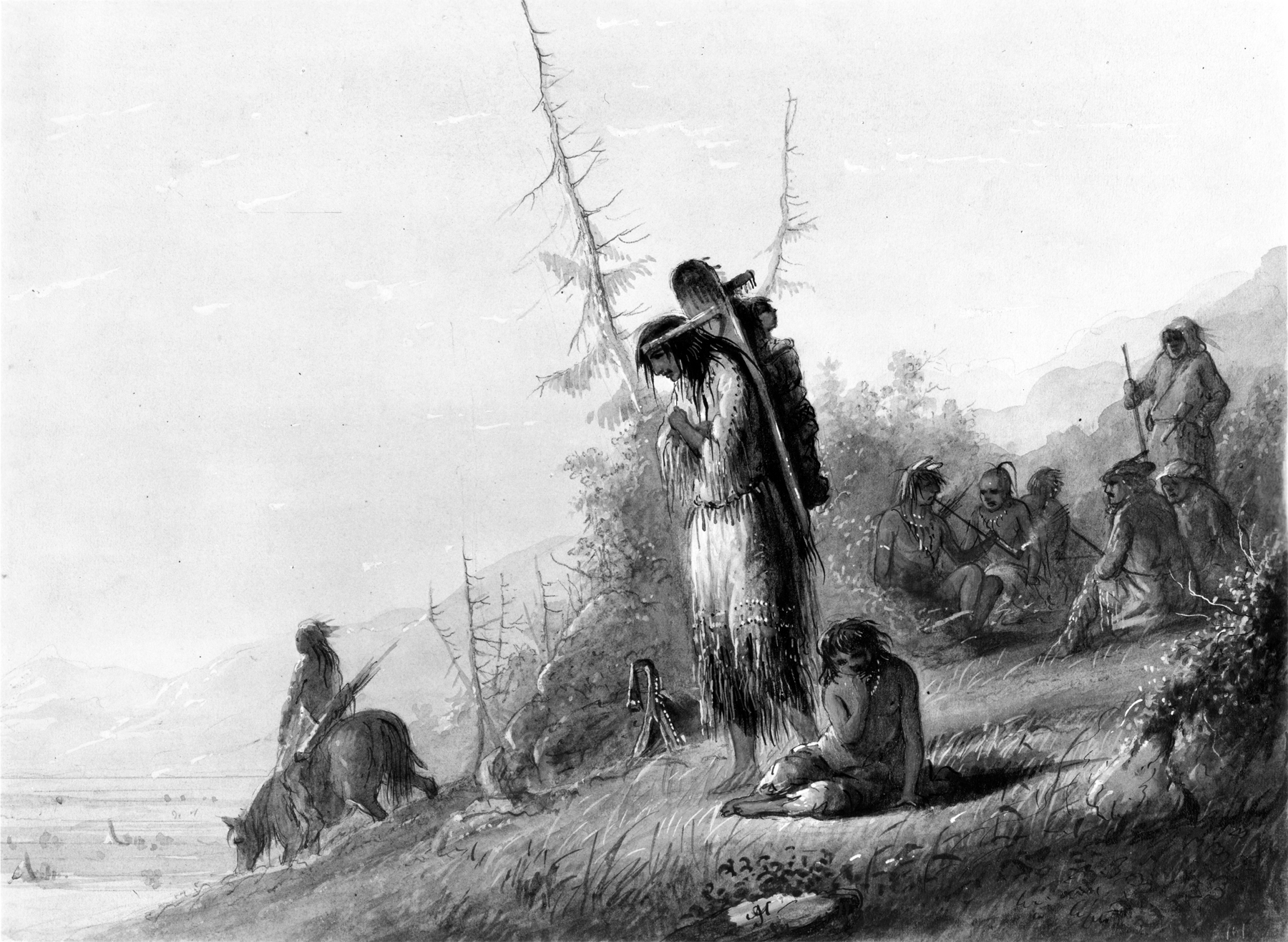 "In the foreground of the sketch, the principal figure is a female sustaining her child by a fillet around the brow;- this is the mode practiced when she walks. In riding out the child is hung to the saddle bow. When she is engaged in any domestic employment, it is suspended from the branch of a tree, or on the tripod near the lodge. In the backgrund, the inevitable calumet is being smoked,- the violation of a friendship formed by the pipe is deemed infamous among the Indians, and hence it is of the utmost importance to join in this ceremony. It is used on some occasions as a religious observance - by it they declare war & secure peace, invoking the sun and moon as witnesses to their sincerity. It is also sometimes sent on long journeys to parties with whom they wish to form treaties. In all cases it is regarded as a solemn oath and sacred engagement." A.J. Miller, extracted from "The West of Alfred Jacob Miller" (1837).