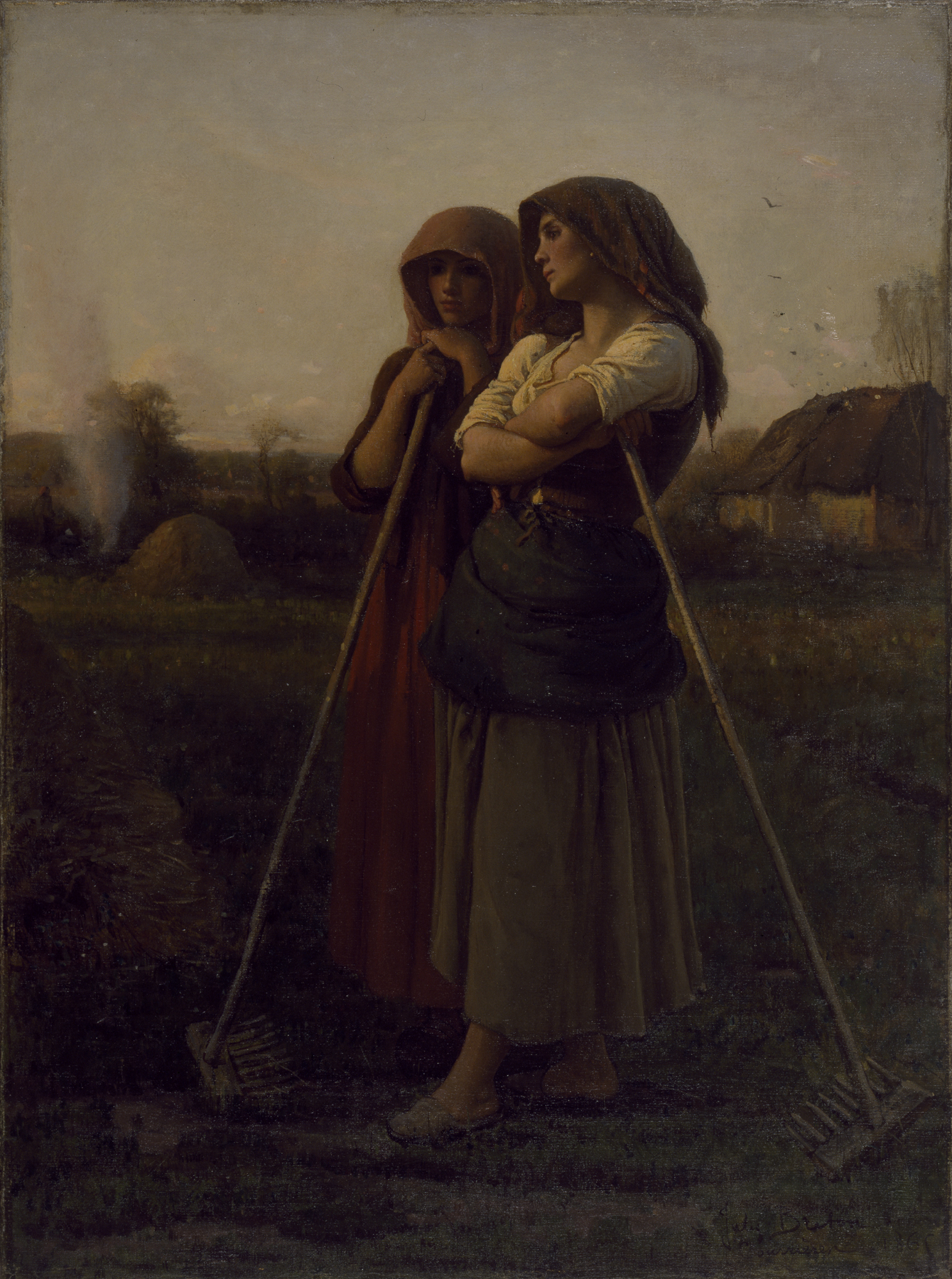 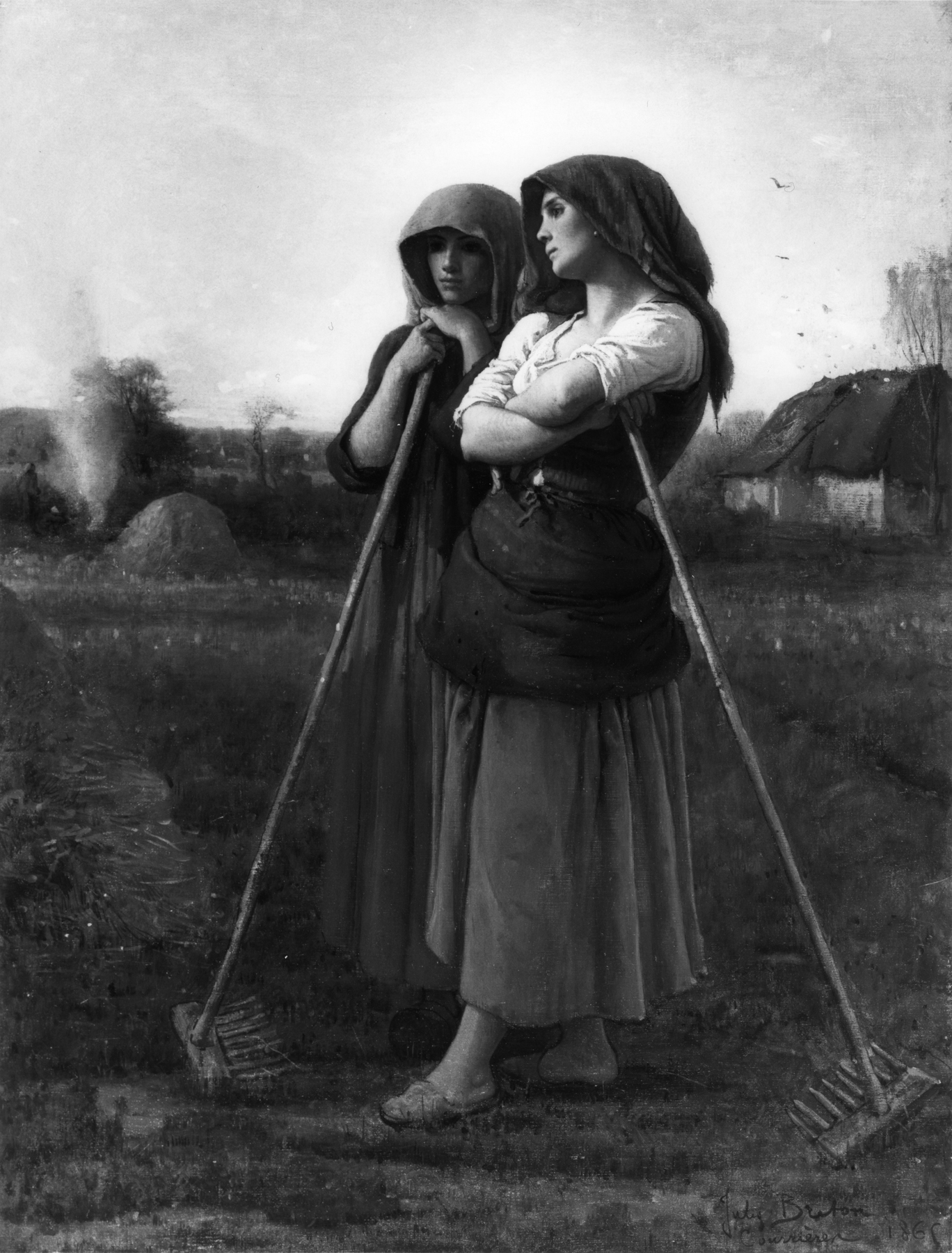 The Close of Day

Two peasant women rest leaning on their rakes as the sun sets. Breton trained in Belgium and in Paris but remained committed to his birthplace, Courrières in the Pas-de-Calais department of northern France. His early paintings reflect a concern for the plight for the rural poor, but his later works tended to romanticize their existence.

Purchased by William T. Walters (from the artist through George A. Lucas as agent), Baltimore, February 14 1865 [1]; inherited by Henry Walters, Baltimore, 1894; by bequest to Walters Art Museum, 1931.