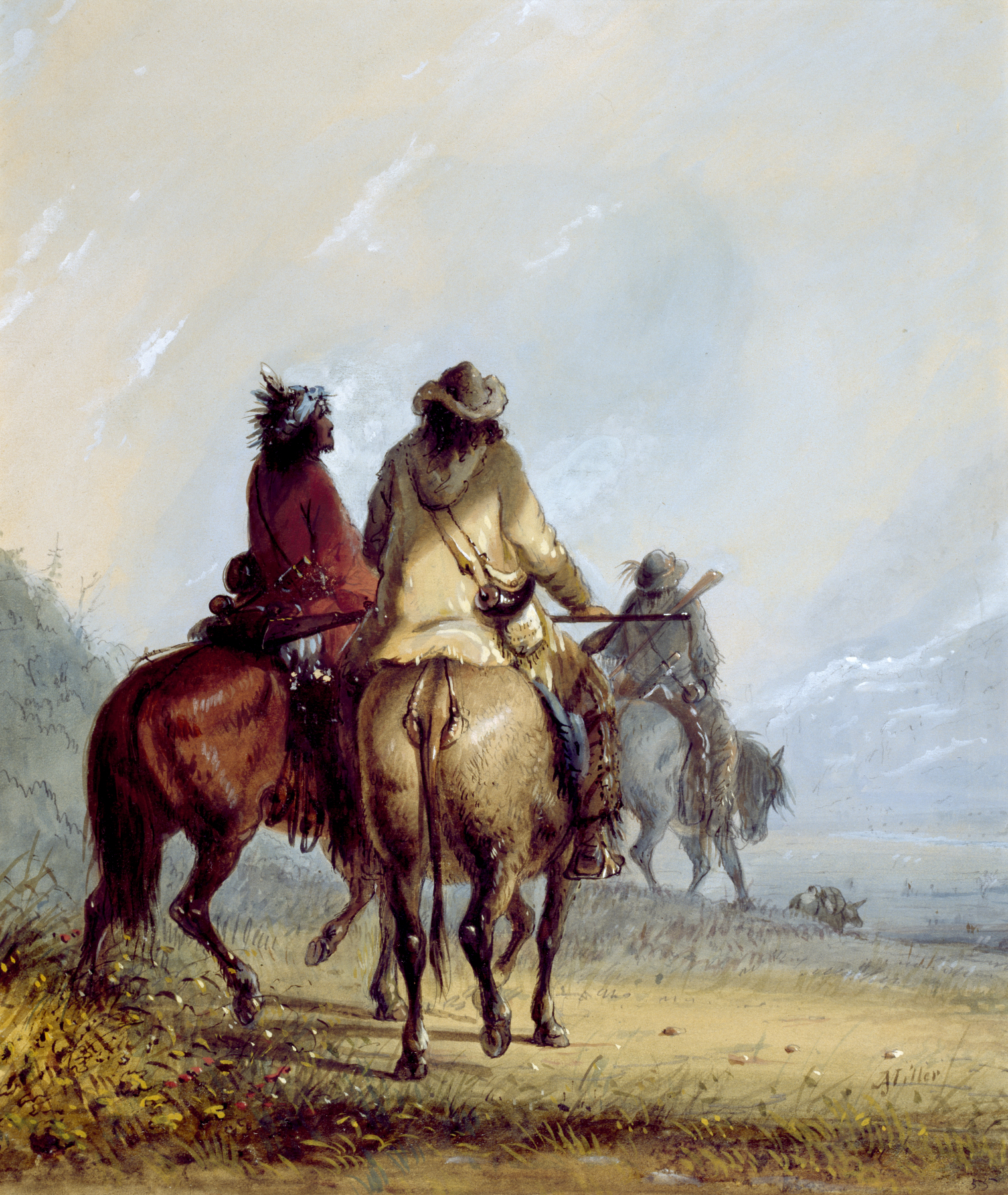 Trappers Starting for the Beaver Hunt

"Trappers are divided into three classes, - the hired, the free, and the trapper 'on his own hook.' ... On starting for the hunt the trapper fits himself out with full equipment. In addition to his animals he procures 5 or 6 traps (usually carried in a trap-sack), ammunition, a few pounds of tobacco, a supply of moccasins, a wallet called a 'possible sack,' gun, bowie knife, and sometimes a tomahawk. Over his left shoulder and under his right arm hang his buffalo powder-horn, a bullet pouch in which he carries balls, flint, and steel, with other knick-knacks. ... Encircled with danger, they wander far and near in pursuit of 'sign' of beaver. Ever on the alert, a turned leaf, grass pressed down, or the uneasiness of his animals, are palpable to him of proximity to an Indian foe, and places him on his guard," A.J. Miller, extracted from "The West of Alfred Jacob Miller" (1837).