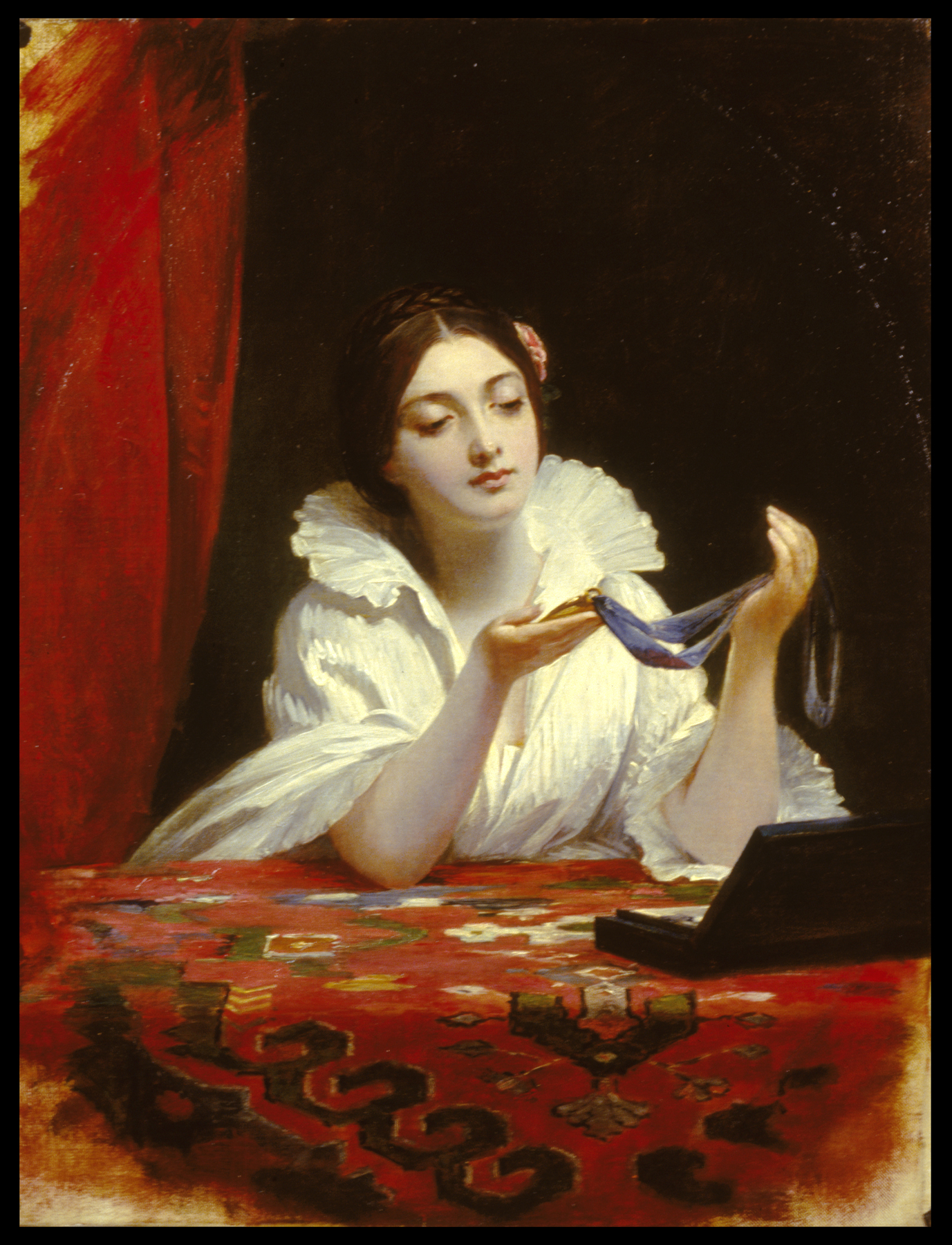 A young woman stares longingly at a portrait miniature of a loved one who is absent.

Although born in London to American parents, Leslie was raised in Philadelphia. At the age of 17, he returned to London, where he studied with the American artists Benjamin West and Washington Allston. Except for several months in 1833 when he served as a professor at the United States Military Academy, he pursued a successful career in London as a painter of theatrical and modern historical subjects.