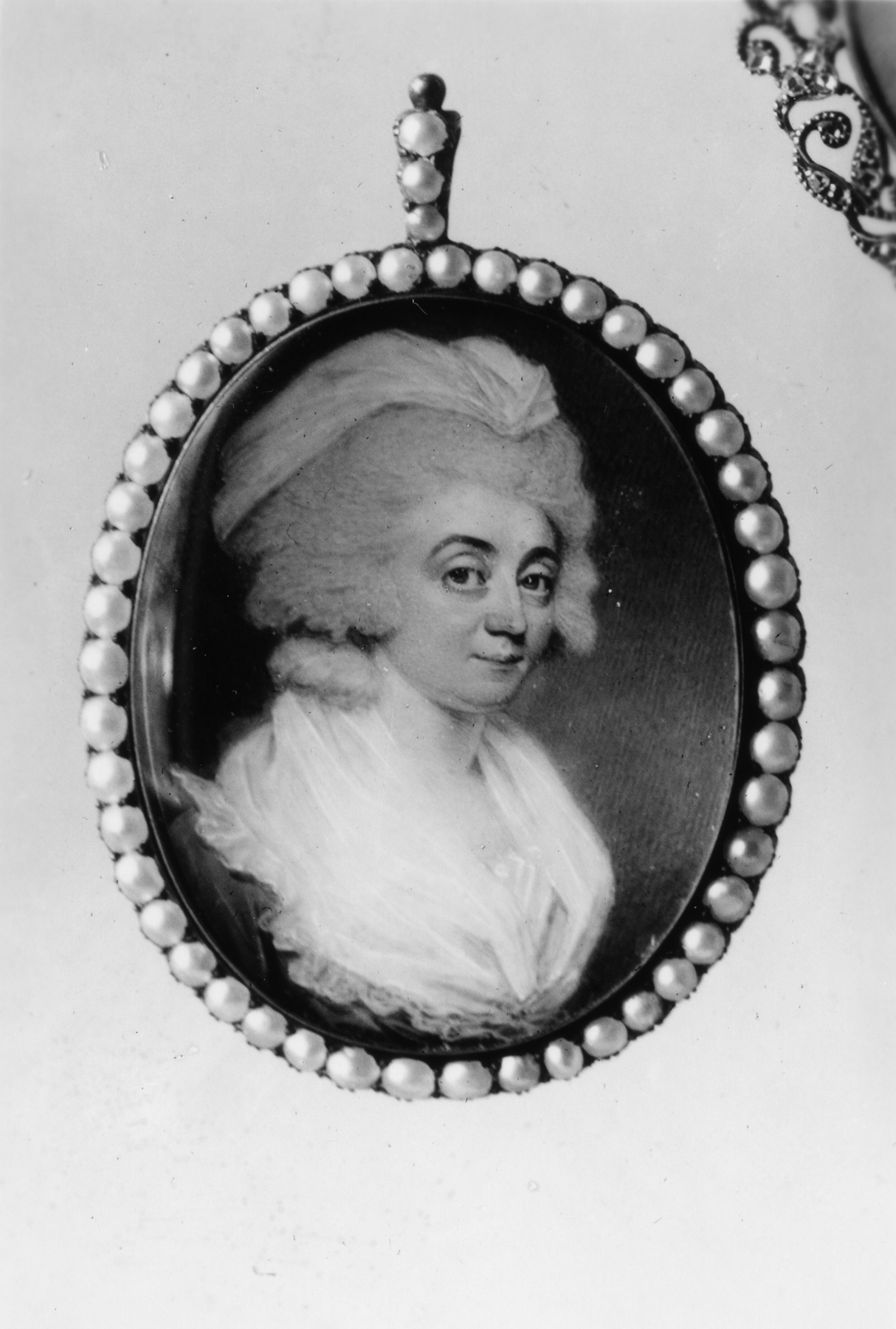 This miniature of an older woman is in a gold frame set with pearls. Edward Miles was born in Yarmouth, Norfolk, in 1752. He entered the Royal Academy schools in 1772, and first exhibited there in 1775. Miles became miniature painter to Queen Charlotte in 1794, and in 1797 moved to St. Petersburg, serving Czars Paul I and Alexander I in the same capacity. In 1807 he settled in Philadelphia, where he died in 1828.