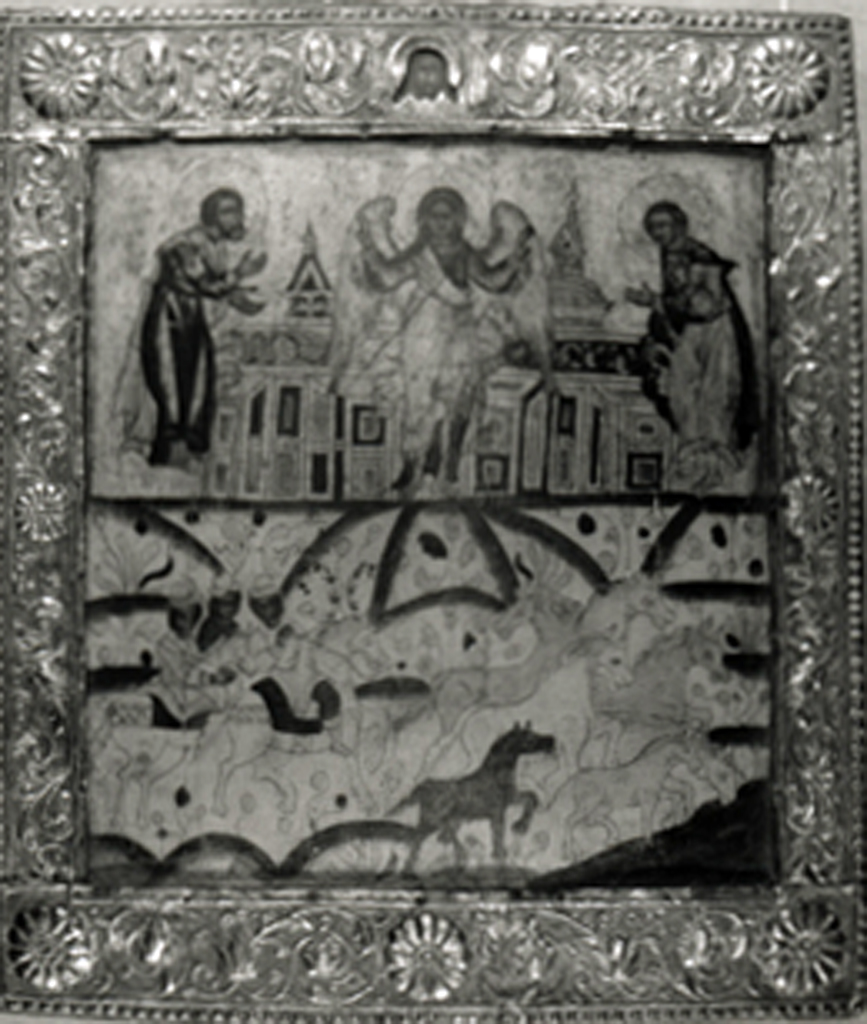 The saints Florus and Laurus, twin stonemasons born in Constantinople, were martyred in Ilyria in the second century, reportedly for consecrating as a Christian church a pagan temple that they had been contracted to build. In one legend, the saints were said to have learned the art of horsemanship directly from the archangel Michael, and they are therefore considered by the Orthodox Church to be the patron saints of horses and horsemanship. In the top half of this icon, Michael raises his hands in benediction to the brothers. Below is a somewhat fanciful image of a stable full of white steeds, with the three other early martyrs associated with horses, the triplets Speusippus, Eleusippus, and Meleusippus, riding among them.

The icon's borders are framed in gilded repousse, chased with foliate scrolls, vines and flower rosettes, and ornamental beading lines the frame's exterior. At the top of the frame is an image of the Mandylion (Christ's face miraculously imprinted upon a cloth).

Gift of Ilya and Eleanor Metchnikoff, 1996