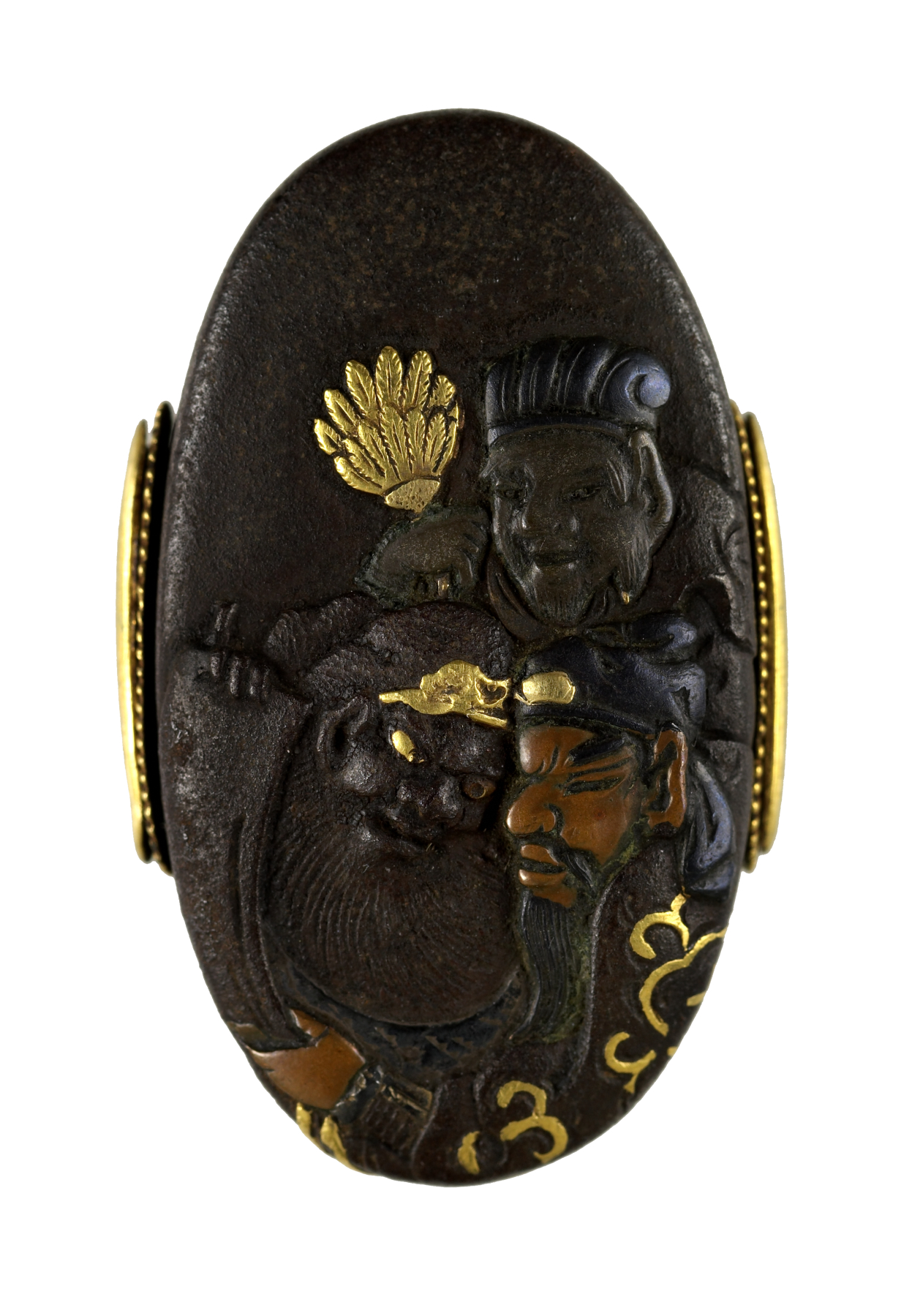 The three figures on the kashira are the Chinese generals, Kanyu (Ch. Guan Yu [Kuan Yu]), Gentoku (Ch. Liu Bei [Liu Pei]) and Chohi (Ch. Zhang Fei [Chang Fei]). They fought together in the 2nd century at the beginning of the Three Kingdoms period. Gentoku eventually became emperor of Shu [Shu]. Their story is at the center of the 14th-century Chinese novel "Romance of the Three Kingdoms." This is part of a set with Walters 51.1032.