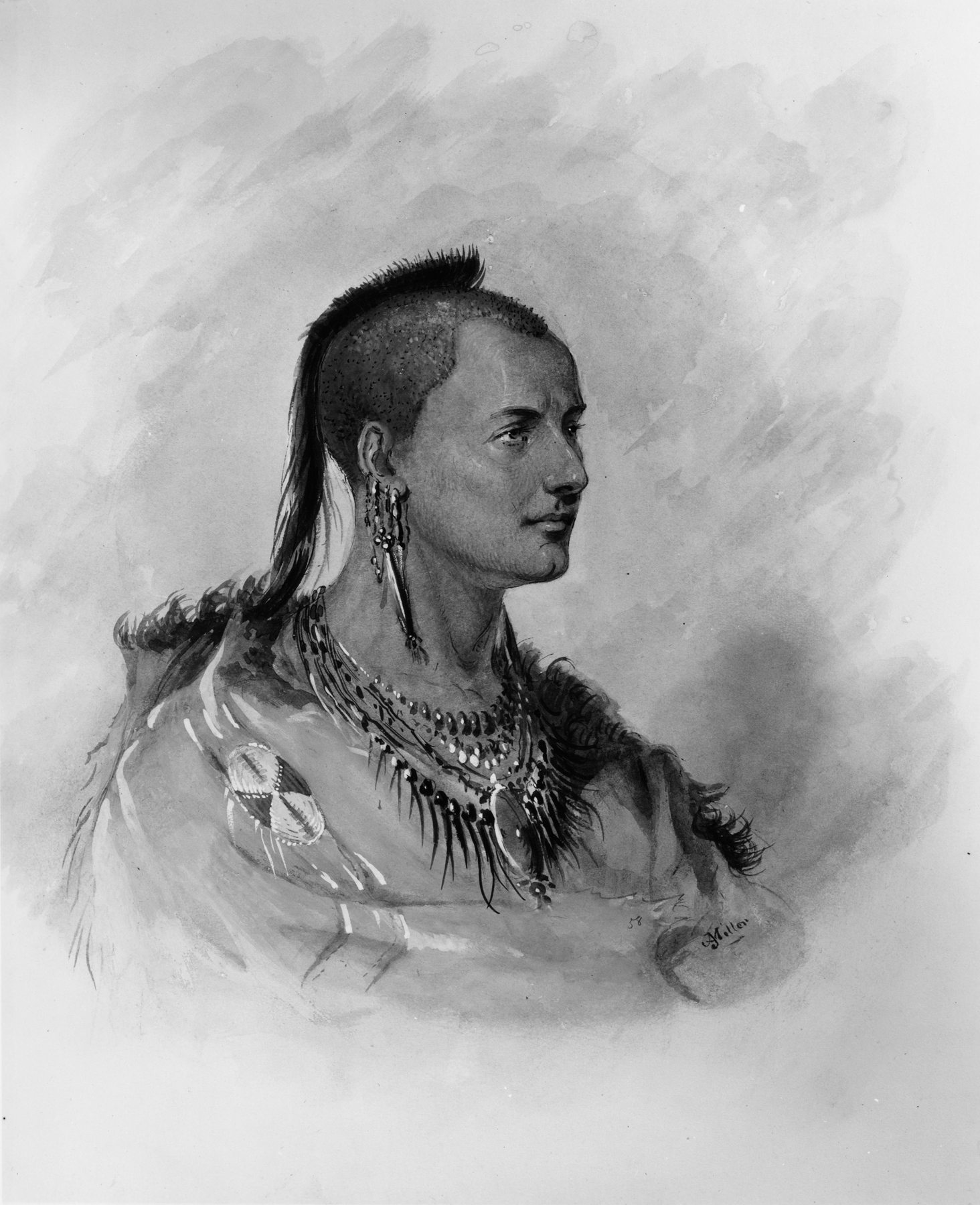 "We selected this subject not because he was either a great warrior chief, or brave - in fact, he had no pretension to either distinction, but because it approached a classical form, and had a good artistic form about it." A.J. Miller, extracted from "The West of Alfred Jacob Miller" (1837).