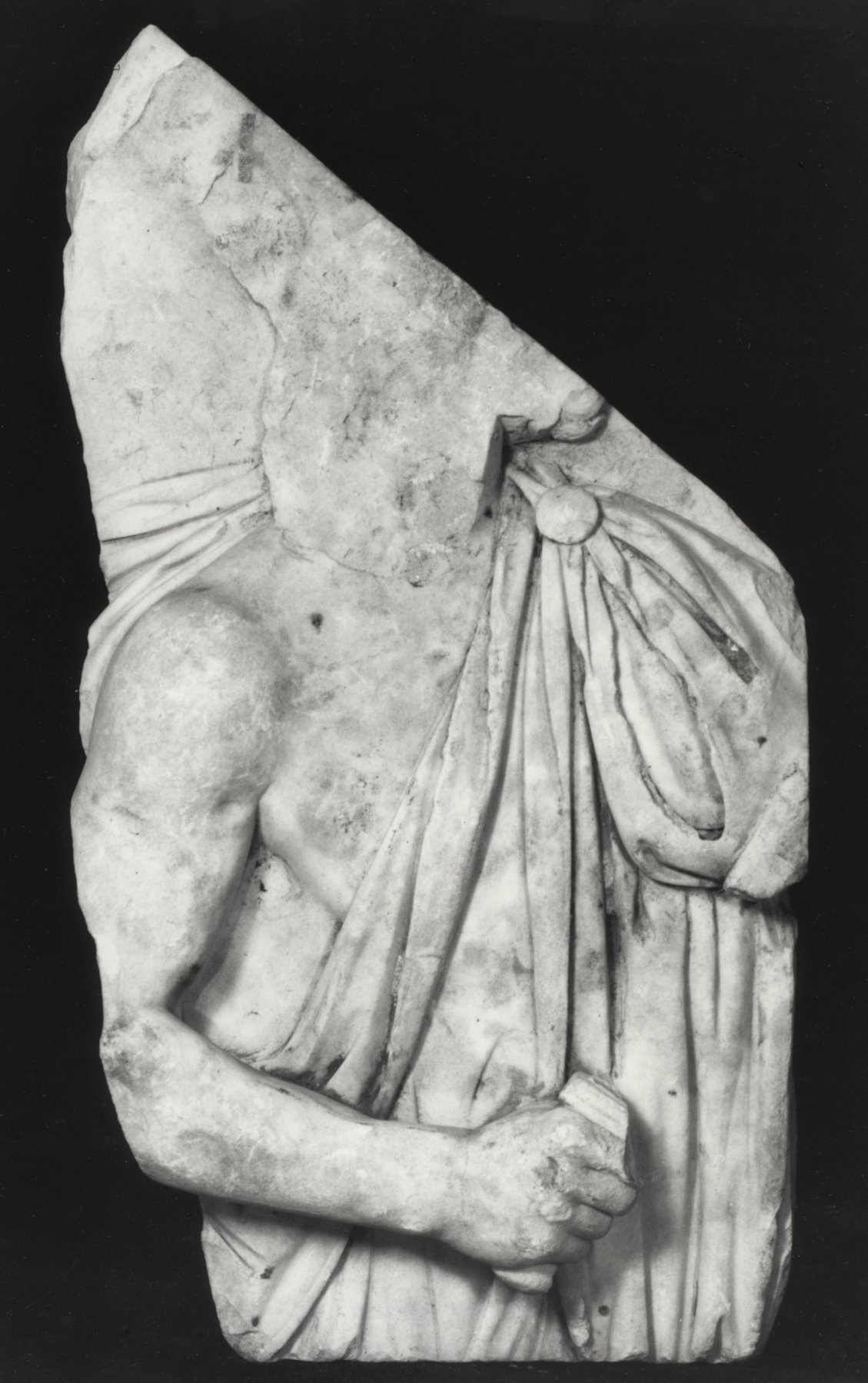 This relief fragment depicts Hermanubis, a deity that combined the elements of Egyptian Anubis (including the head of a jackal) with those of Graeco-Roman Hermes/Mercury. Although the jackal head is almost completely obliterated, traces of a long, pointed ear are visible on the left side of the stone, while the snout is partially preserved below the break. His garment is secured with a circular fibula over his left shoulder, leaving his right arm and part of his chest exposed. In his proper right hand, he grips the handle of an object, possibly a sistrum based on other Roman-period depictions of the god. He may have held a caduceus or a palm frond in his now-missing left arm.

The piece is cut off and worked rough at the right side and in a diagonal line at the top. There are two dowel holes in the top, and one in the side. There is clamp cutting at the top, and mortar in the drapery.