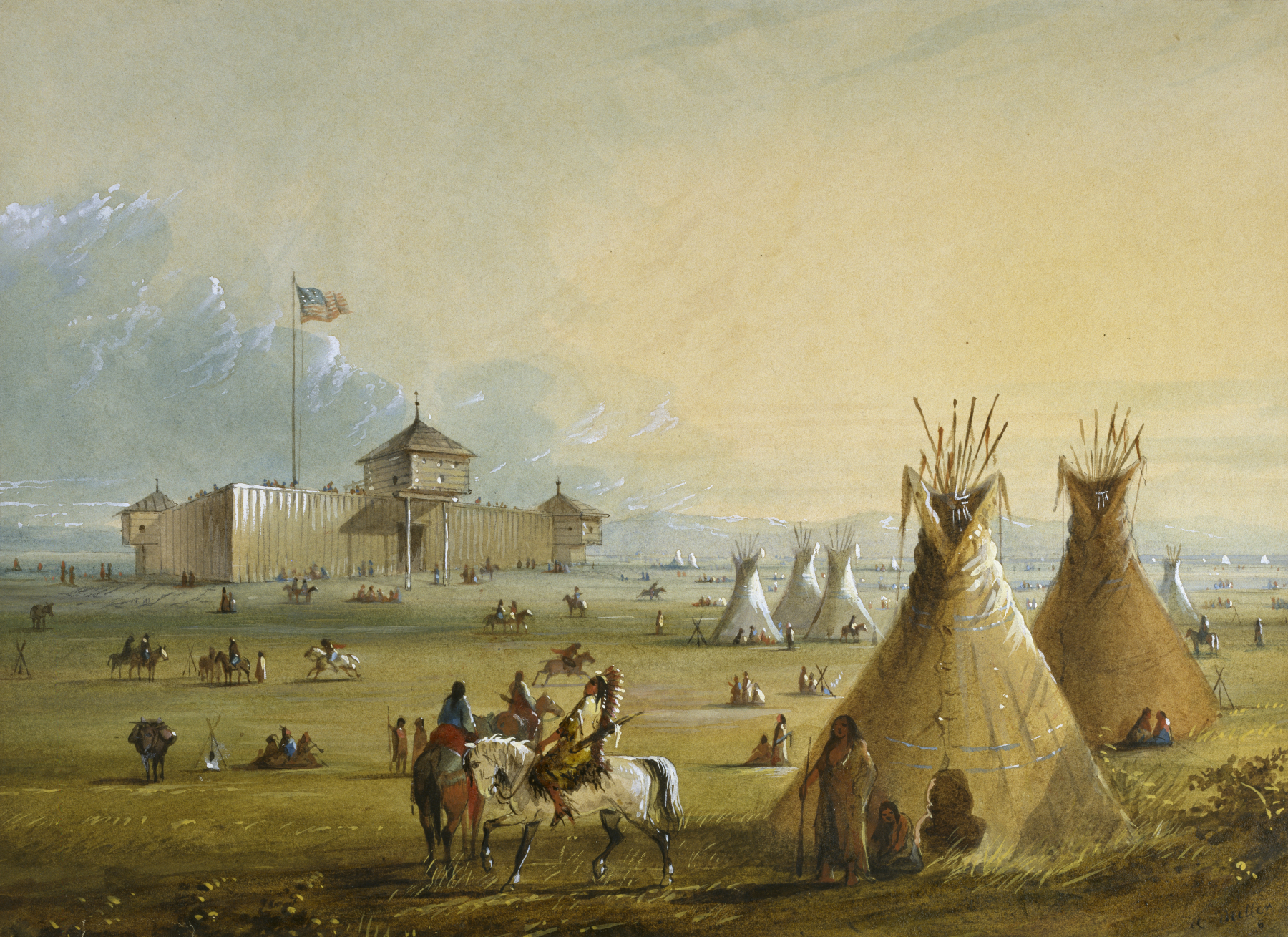 Founded by William Sublette and Robert Campbell, Fort Laramie lay at the crossroads of an old north-south Indian trail and what became known as the Oregon Trail. Called Fort Laramie because of the nearby Laramie Mountains and the Laramie Fork of the North Platte River, the post was approximately 150 feet square, according to Miller, with bastions at the diagonal corners. Miller's paintings are the only known visual records of the fort, because the original fort was torn down in 1840 before any other artist had traveled the Oregon Trail; it was replaced with another structure, located perhaps on the same site in 1841. -Extracted from "The West of Alfred Jacob Miller" (1837).