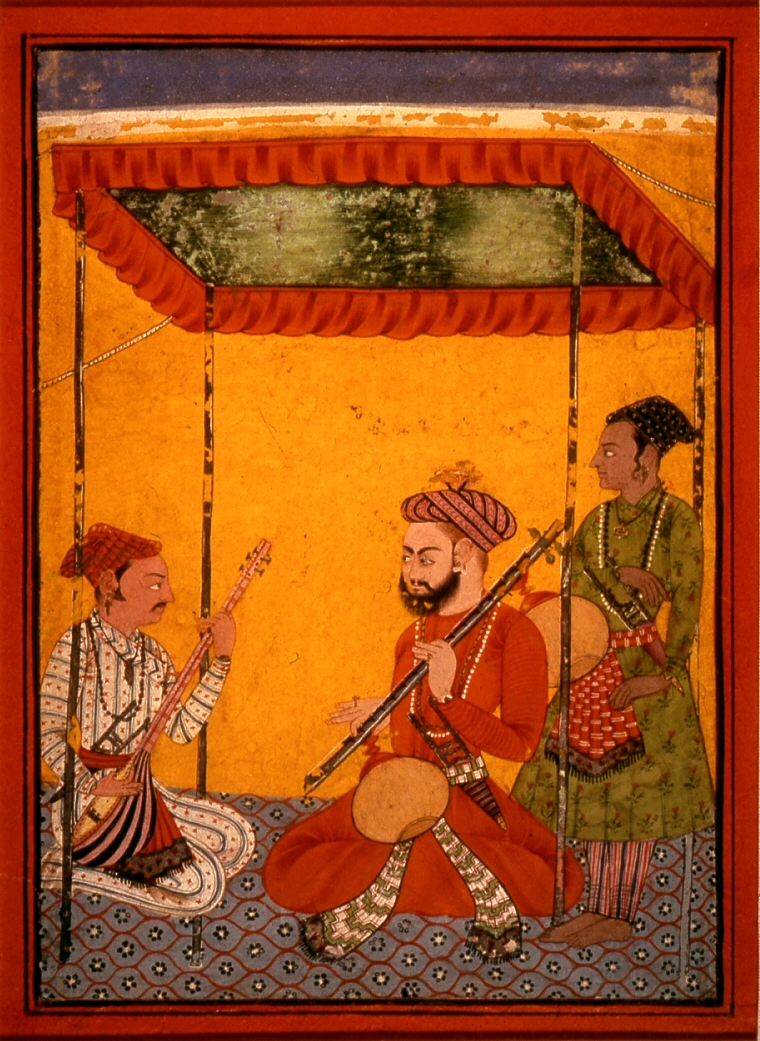 Two finely dressed noblemen play music under a canopy, while a third attends them, listening to their sound. The central figure’s stringed instrument is a vina; his companion accompanies him on a striped tanpura. The painting belongs to a series that illustrates poetic verses evoking the moods of specific musical modes: masculine "ragas," feminine "raginis," and their associated "putras," or “sons.” This scene most likely illustrates the ragaputra known as "Kanara," which one text describes in this way: “His body perfumed with delicious scents of various flowers, clothed in yellow robes, Kanara, extremely versed in musical entertainment, fascinates the dwellers of heaven.”