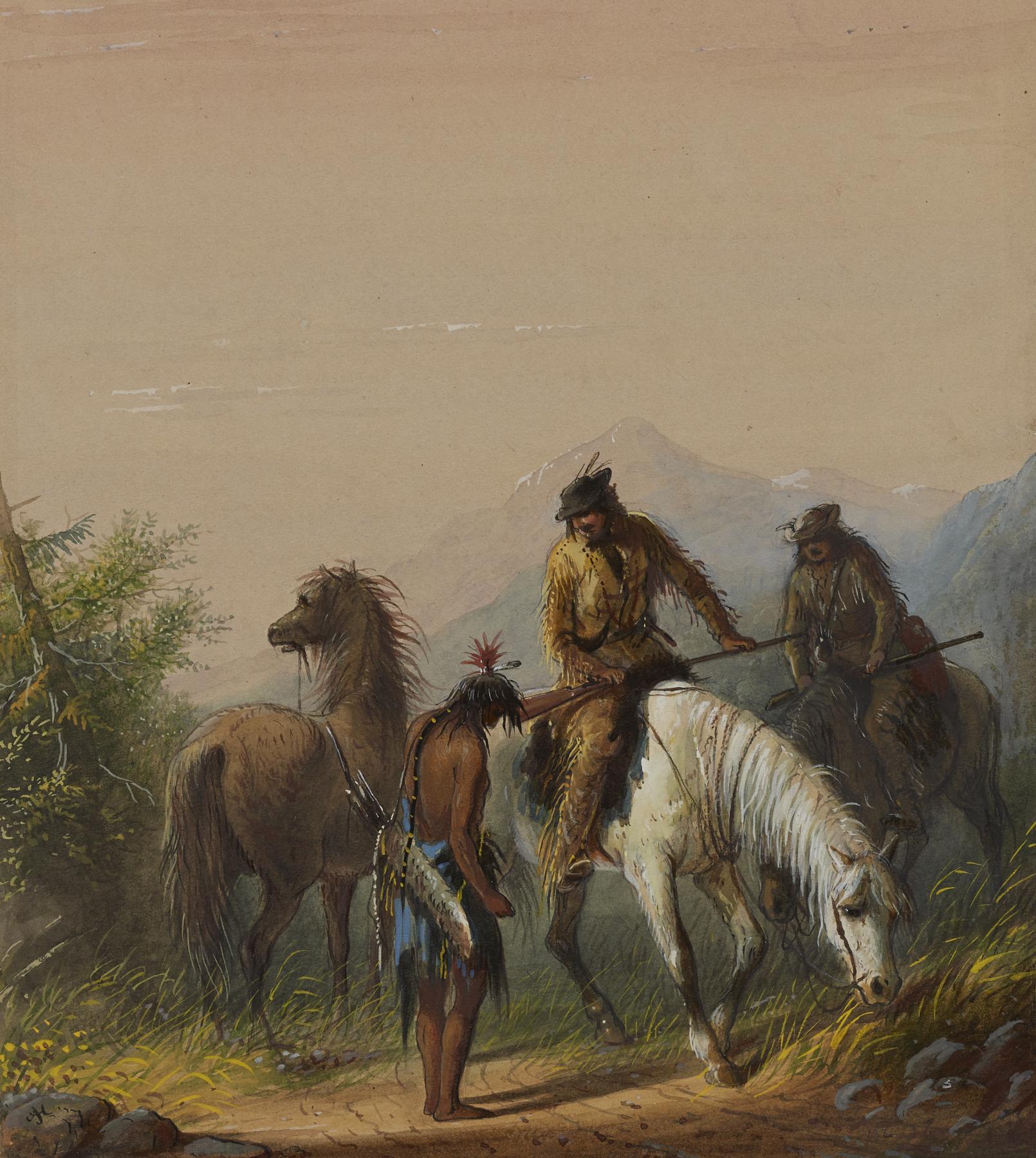 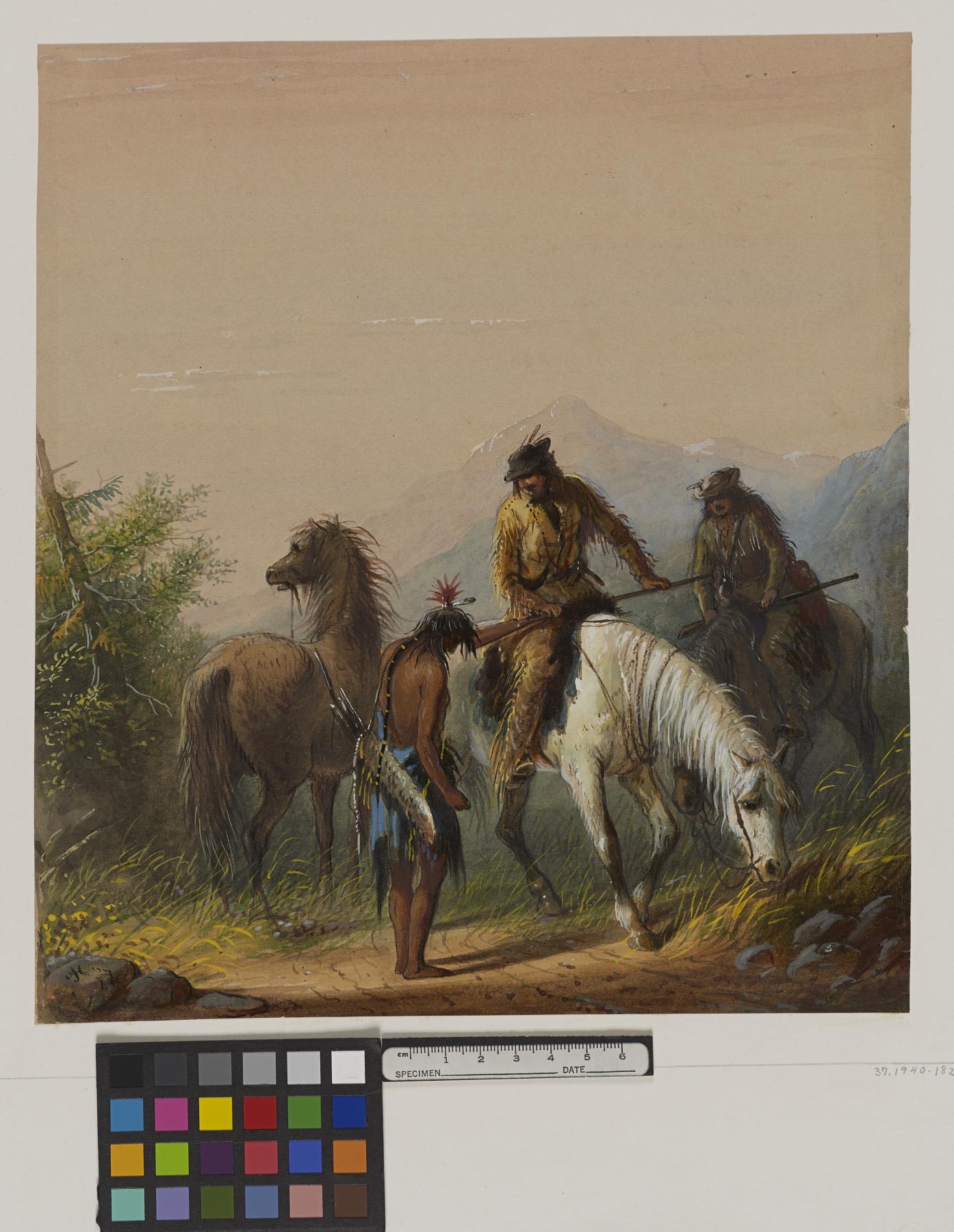 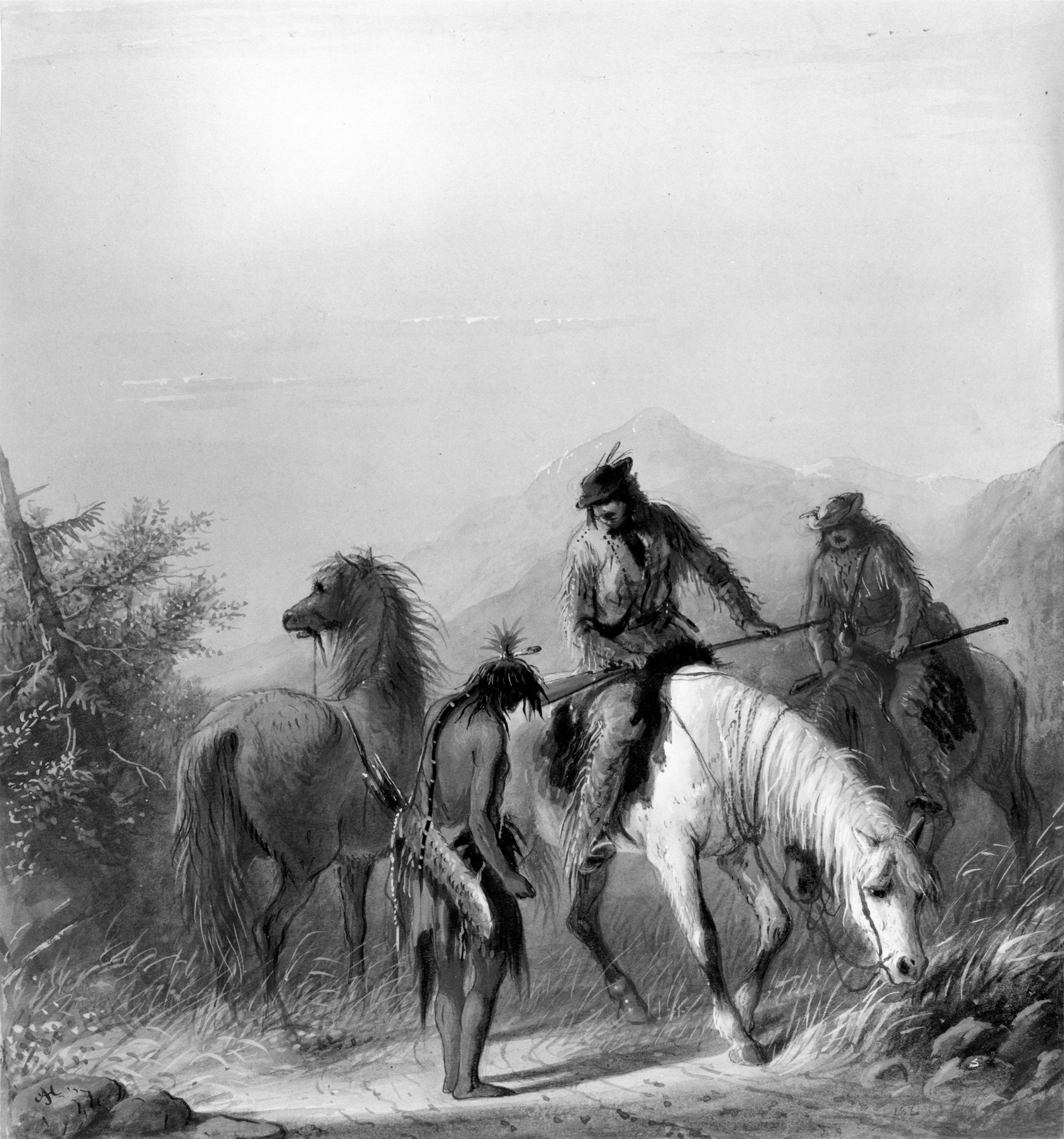 "The Indians of North America have no further knowledge of Astronomy than perhaps to point out the North or Polar star, by which they travel at night;- their knowledge of Geography is also very limited, yet they draw with tolerable accuracy charts of places visited by them. They show an amazing facility in tracing the passage of a man or beast, either over leaves, grass, or the earth, and describe accurately from foot-prints, ruts, and other impressions left on the ground (if recent) how many persons, the number of horses or mules, the number of lodges, whether whites or Indians and numberous other particulars, with a certainty and decision most remarkable. This wonderful power can only be attained by close attention, unwearied patience, and long experience. The subject of the skethc is a Snake Indian describing from certain marks on the ground, the particulars of a party who have passed in advance." A.J. Miller, extracted from "The West of Alfred Jacob Miller" (1837).