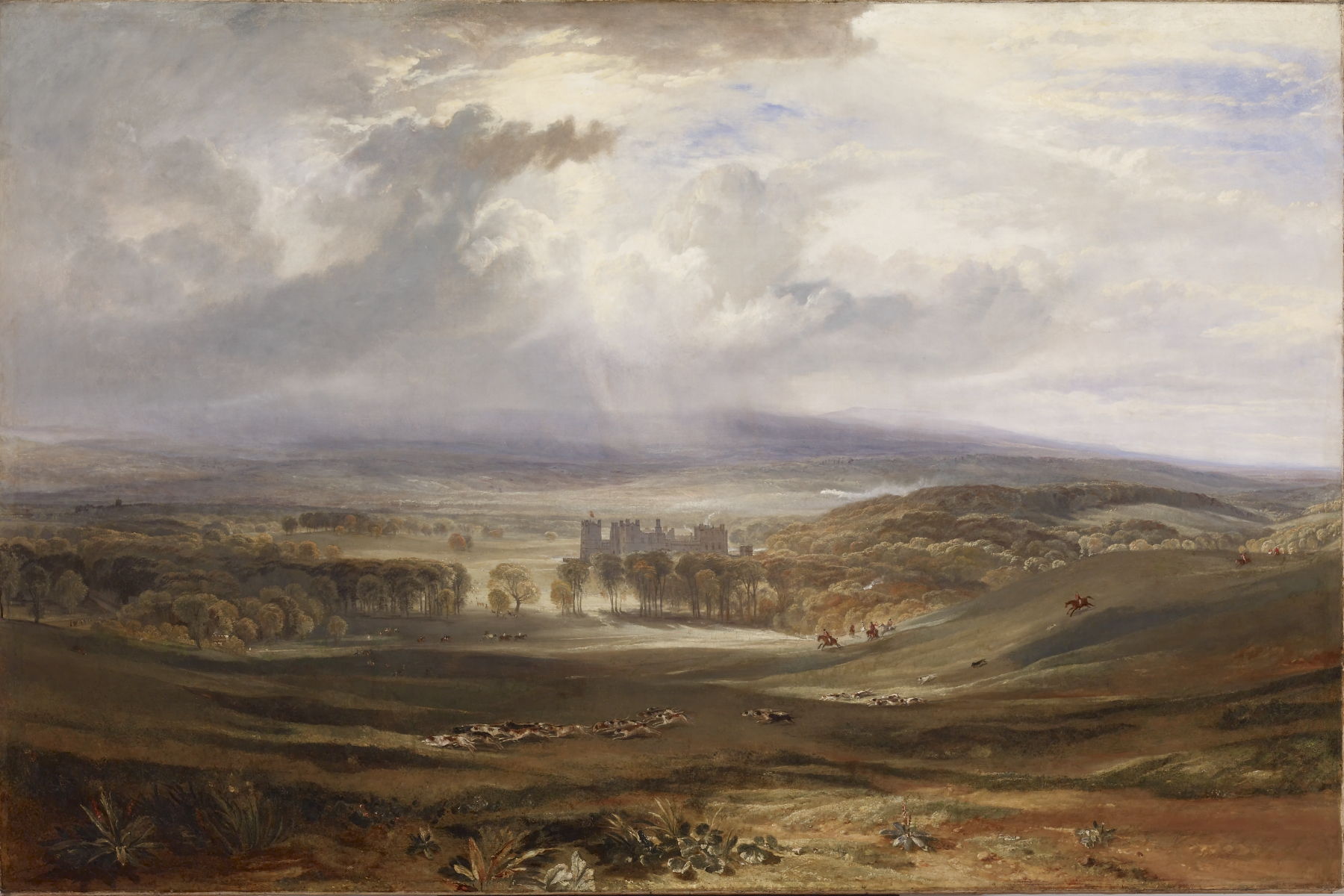 Raby Castle, the Seat of the Earl of Darlington

Before he painted Romantic subjects drawn from classical, biblical, literary, and contemporary sources, Turner specialized in topographical views. This work, commissioned by the third earl of Darlington, is one of Turner's most successful "house portraits." It is also one of the first works in which he fully exploits the dramatic potential of the sky. The earl, an avid sportsman who reportedly hunted six days a week, may have influenced Turner's rendering of the scene. When the painting was first exhibited at the Royal Academy in 1818, it included a mounted huntsman in the foreground. Turner subsequently painted over this figure after his work had been denounced as a "detestable fox-hunting scene." Raby Castle, a ca. 1380 structure, is located in County Durham, England.