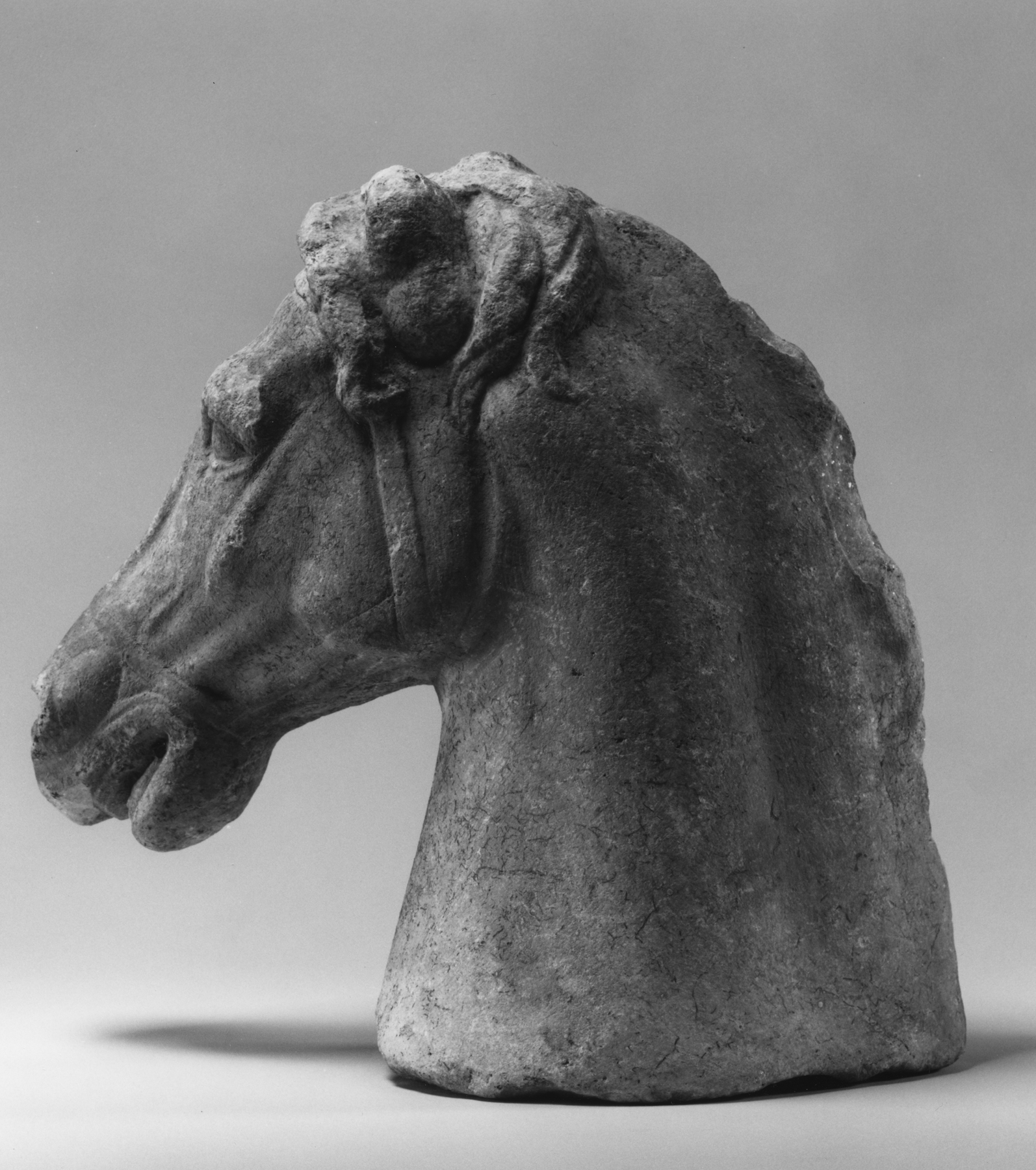 Head of a Horse

This lively horse "protome" (forepart) was found near the temple of Artemis, the patron deity of Sardis in ancient Lydia (in present-day Turkey). It is elaborately executed, with relief details of the reins, a naturalistic modeling of the mane, and a highly expressive quality that would have been even more impressive had its colors been preserved. The horse would have stood by the side of a statue of either Castor or Pollux, known as the Dioscuri ("sons of Zeus"), serving as his attribute.

Horses were highly valued in antiquity. Alexander the Great, often represented as another Dioscurus, honored Bucephalus, the horse that helped him conquer the world, by founding a city in its name.