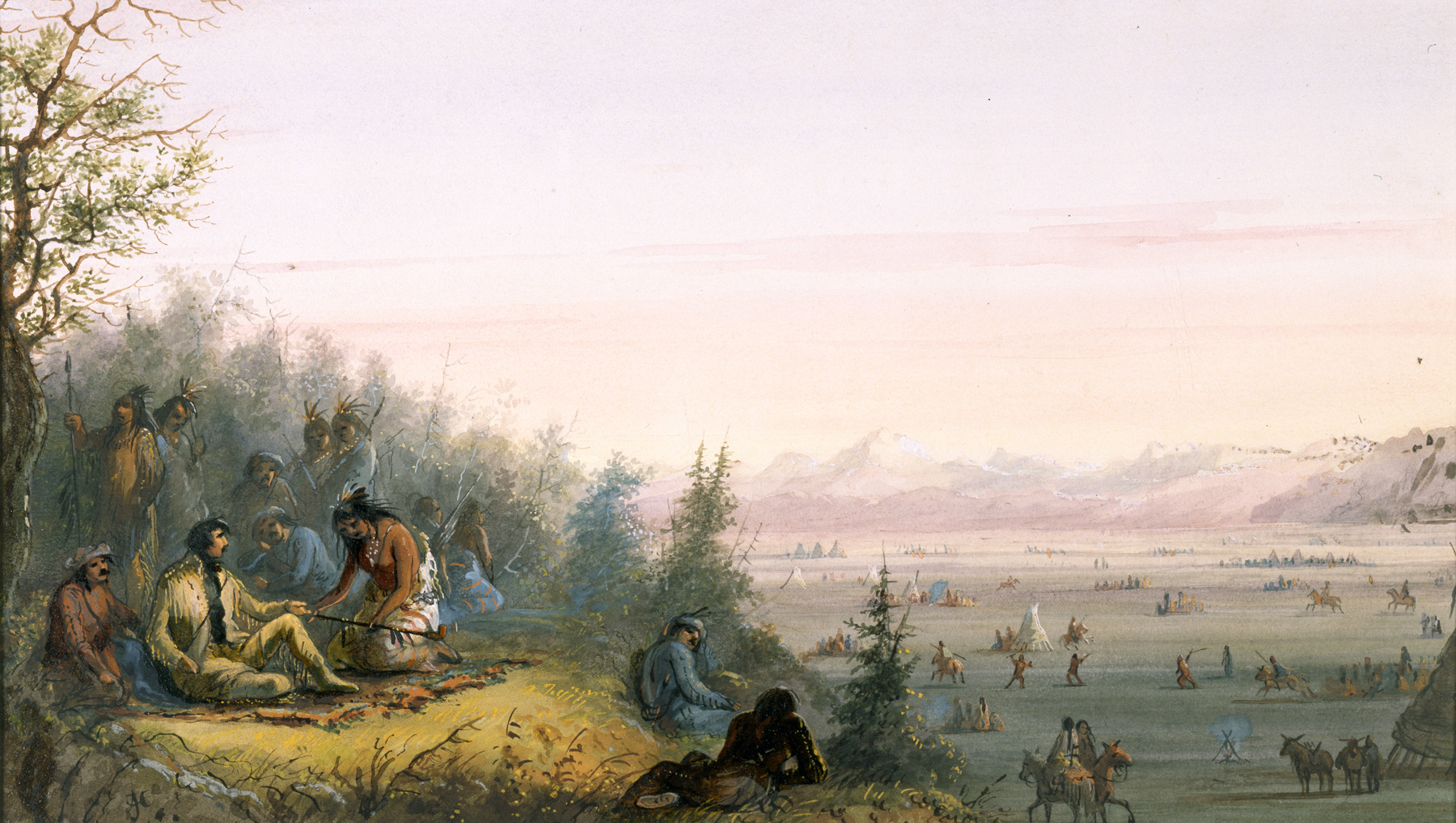 The Pipe of Peace

"The foreground presents a high bluff, where our Leader is engaged in conciliating some chiefs by making them presents, and smoking the Calumet. A carpet has been spread, and the chief is presenting a pipe already lighted;- this has a universal meaning amonst them, and signifies friendship and good will. Trappers are lazily lying about.- watching the animated scene on the prairie below, or mayhap gazing vacantly - while thinking of their humble homes in old 'Mis-sou-rye.' On the broad prairie beneath, bright Indian Lodges are scattered over the plain until they reach the mountain steeps. The natives are in groups engaged in their games & pastimes,- while some are breathing their horses, others are trafficking - ball playing &c. The great chain called the 'Mountain of Winds' closes the scene." A.J. Miller, extracted from "The West of Alfred Jacob Miller" (1837).