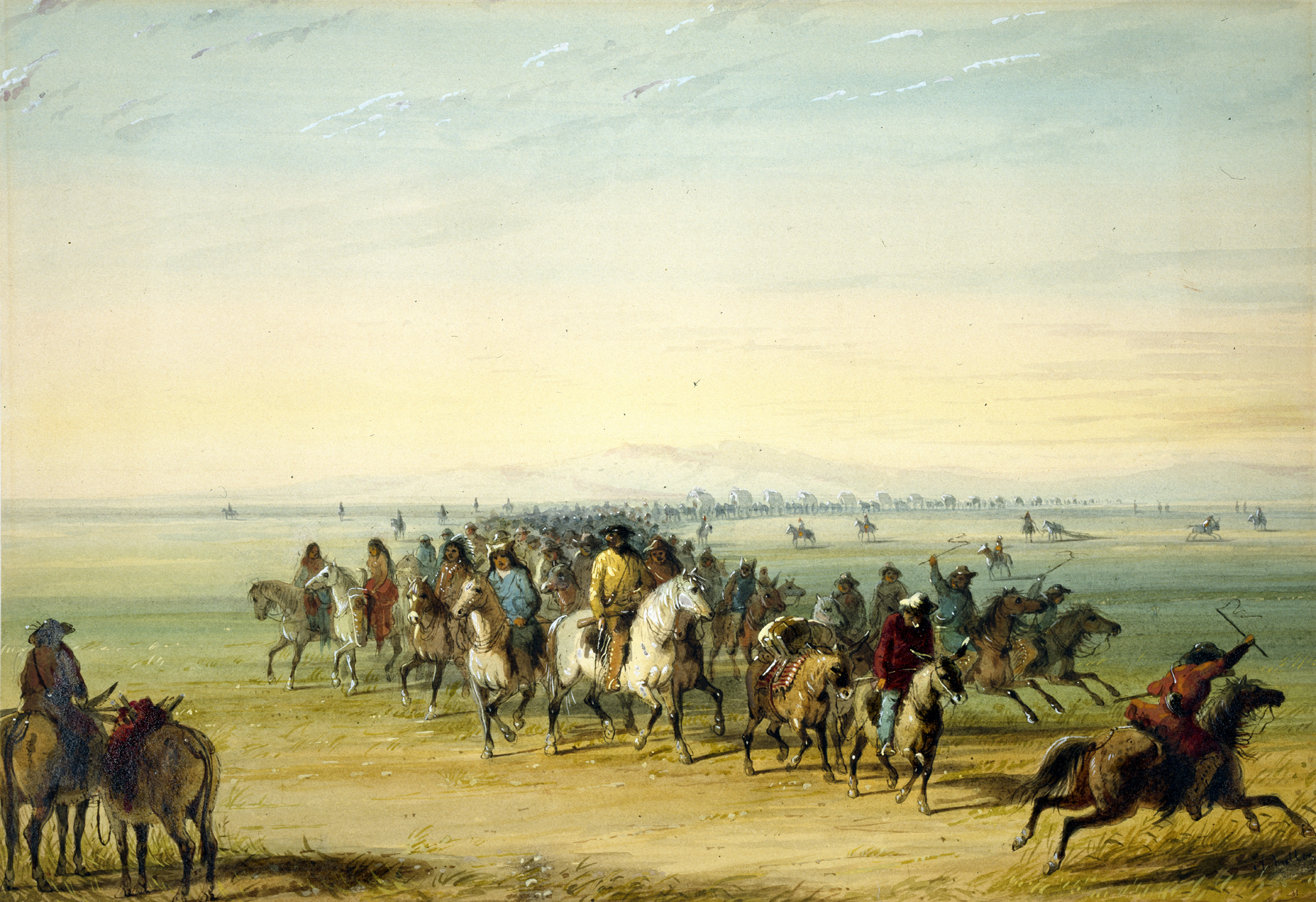 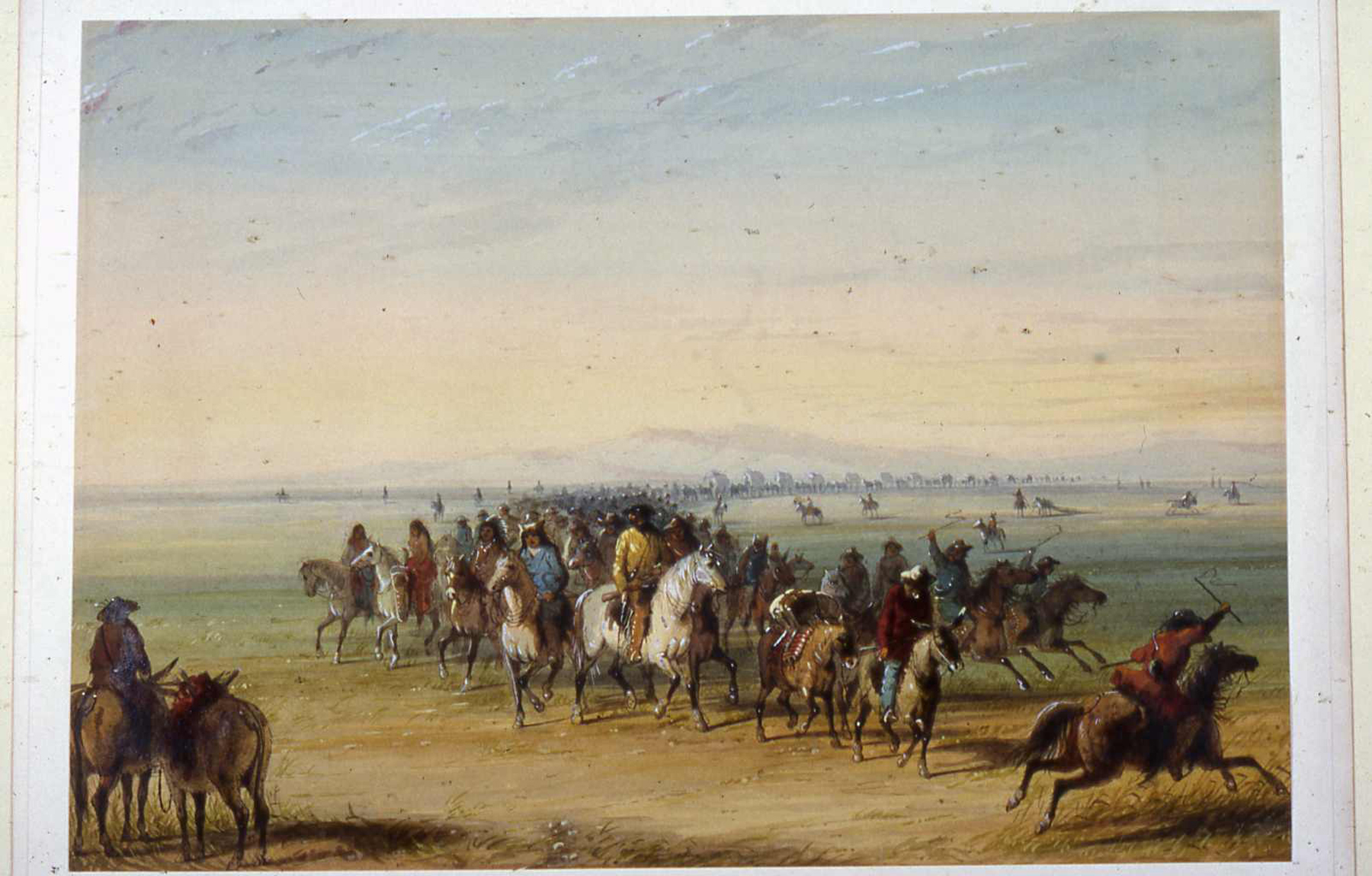 "The government of a band of this kind is somewhat despotic, being composed of a heterogeneous mass of people from all sections, free and comp trappers, traders, half-breeds, and Indians. Our leader was admirably calculated for it, as he understood well the management of unruly spirits. He had served under Wellington in the Peninsular Campaigns, and at the battle of Waterloo,- indeed seemed to be in a measure composed of the same iron that formed "Great Duke" himself." A.J. Miller, extracted from "The West of Alfred Jacob Miller" (1837).