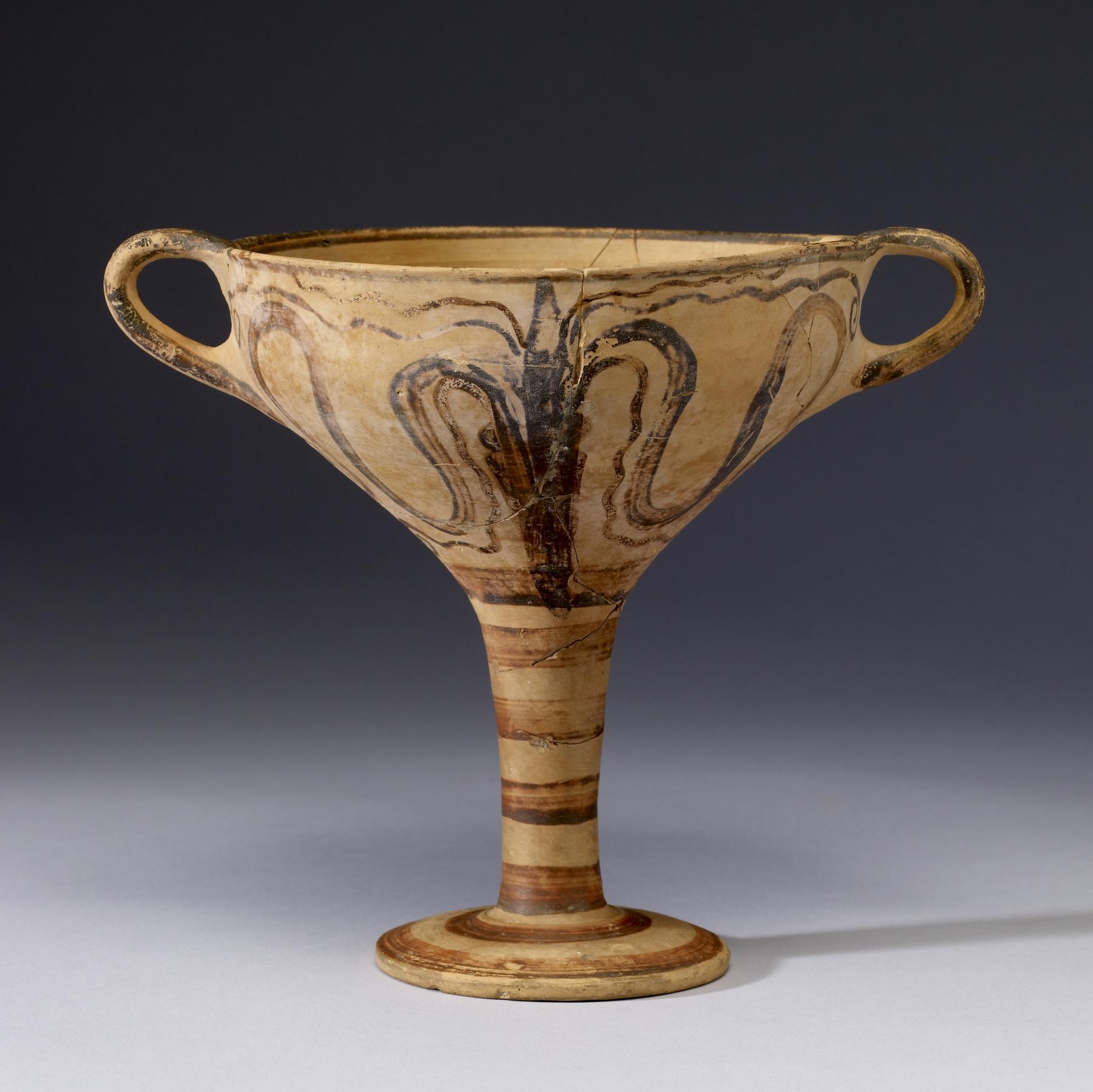 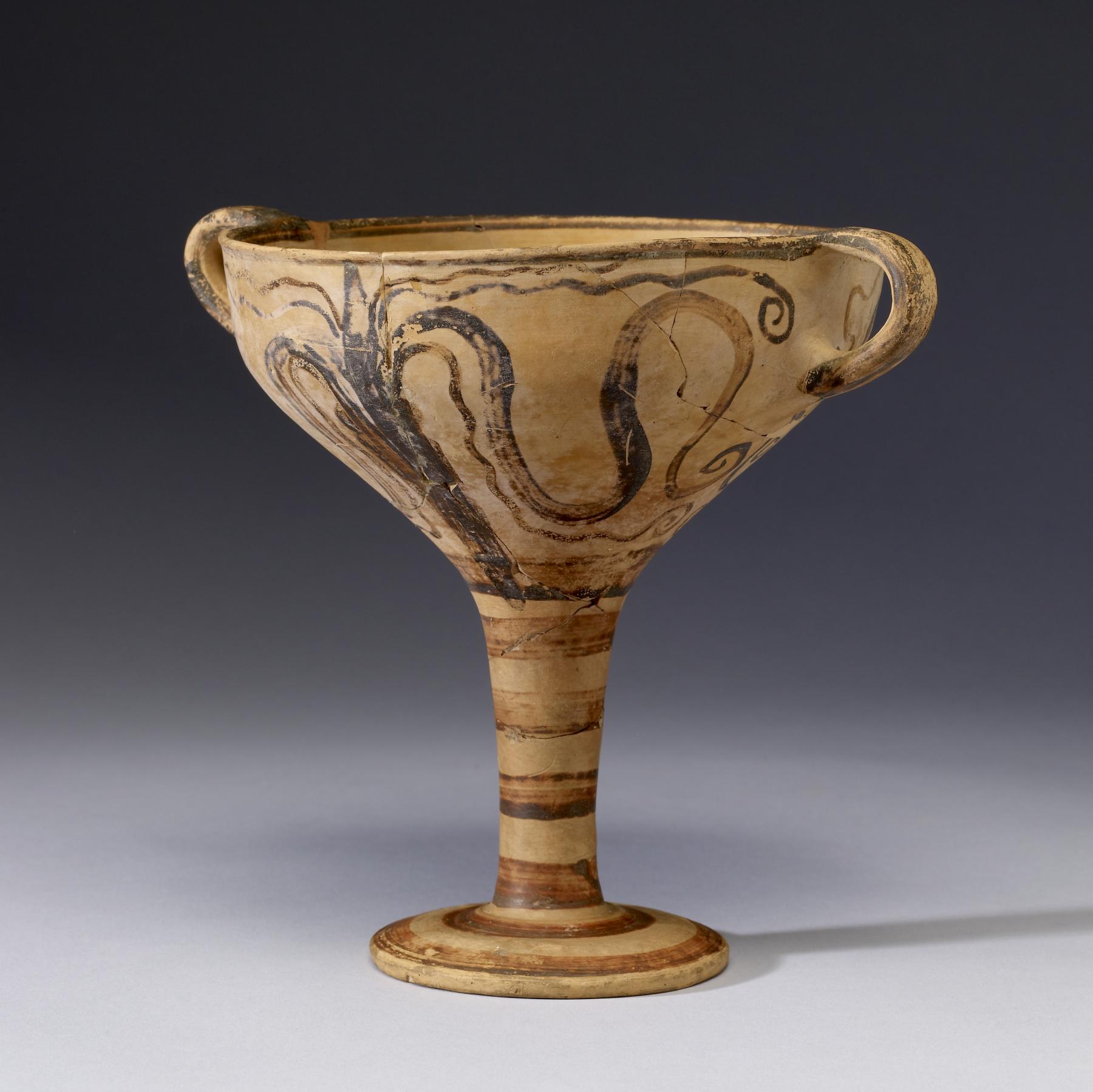 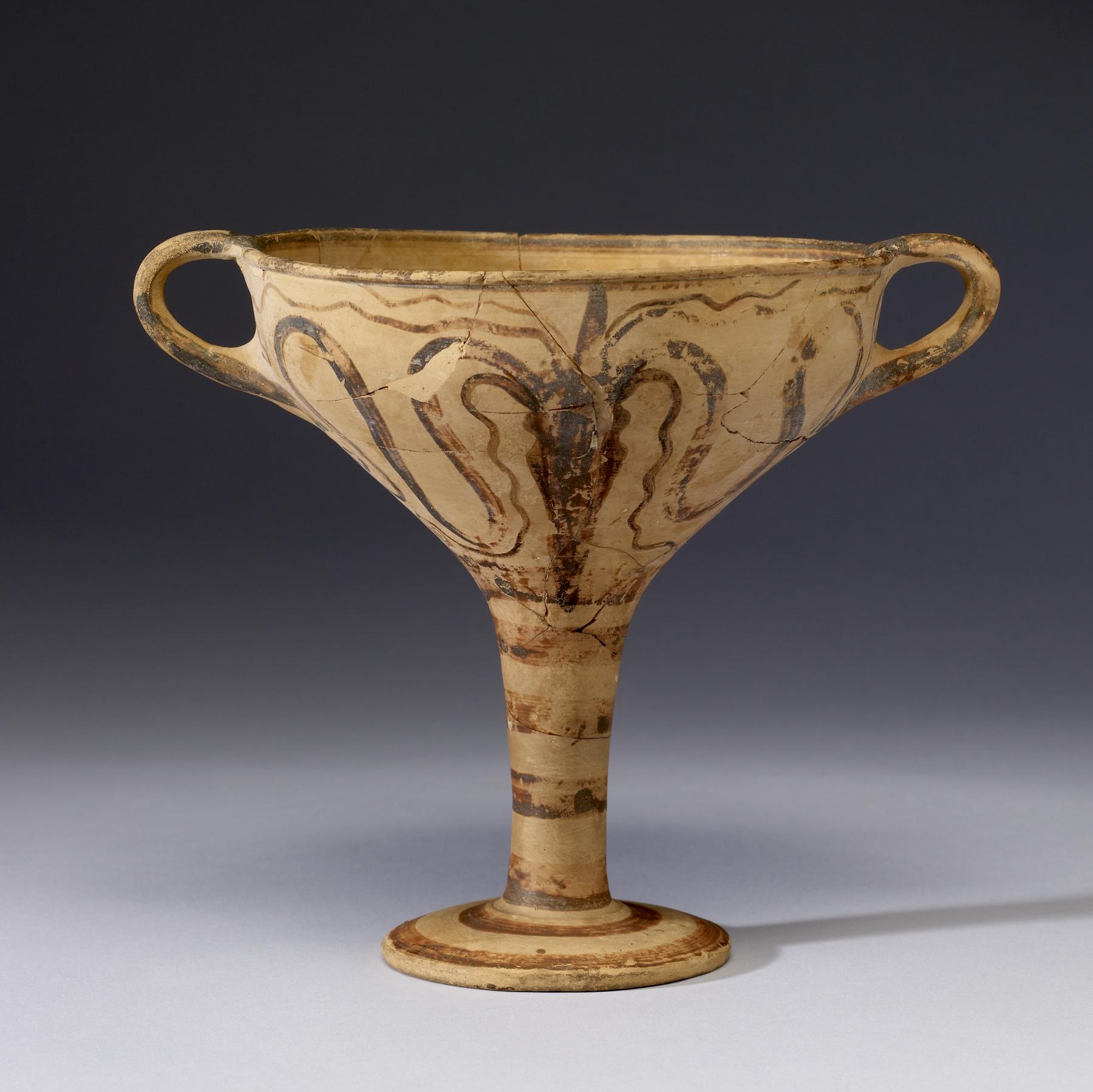 The wide rim and softly rounded bowl of this elegantly shaped vessel is balanced by a body tapering into a solid stem and fairly flat base. Delicately arched semicircular handles accentuate the breadth of the stemmed cup while drawing focus to the central decoration that stretches between them. The dominant motif depicts a stylized cuttlefish, a marine animal related to the octopus, whose tentacles wave across the surface of the vessel and whose ovoid head overlaps onto the painted bands of the stem below.
This stemmed cup was created during a time of Mycenaean cultural expansion. Its transitional form is a continuation of earlier mainland ceramic styles but also foreshadows later shapes of Greek pottery. Popular shapes in their own time, such stemmed cups were commonly ornamented with marine motifs, cuttlefish in particular. Originally introduced to the mainland through preceding Minoan styles, this aquatic décor demonstrates a resurgence of Minoan cultural influence. The expertly duplicated and symmetrical application of the motif, however, remains quintessentially Mycenaean.