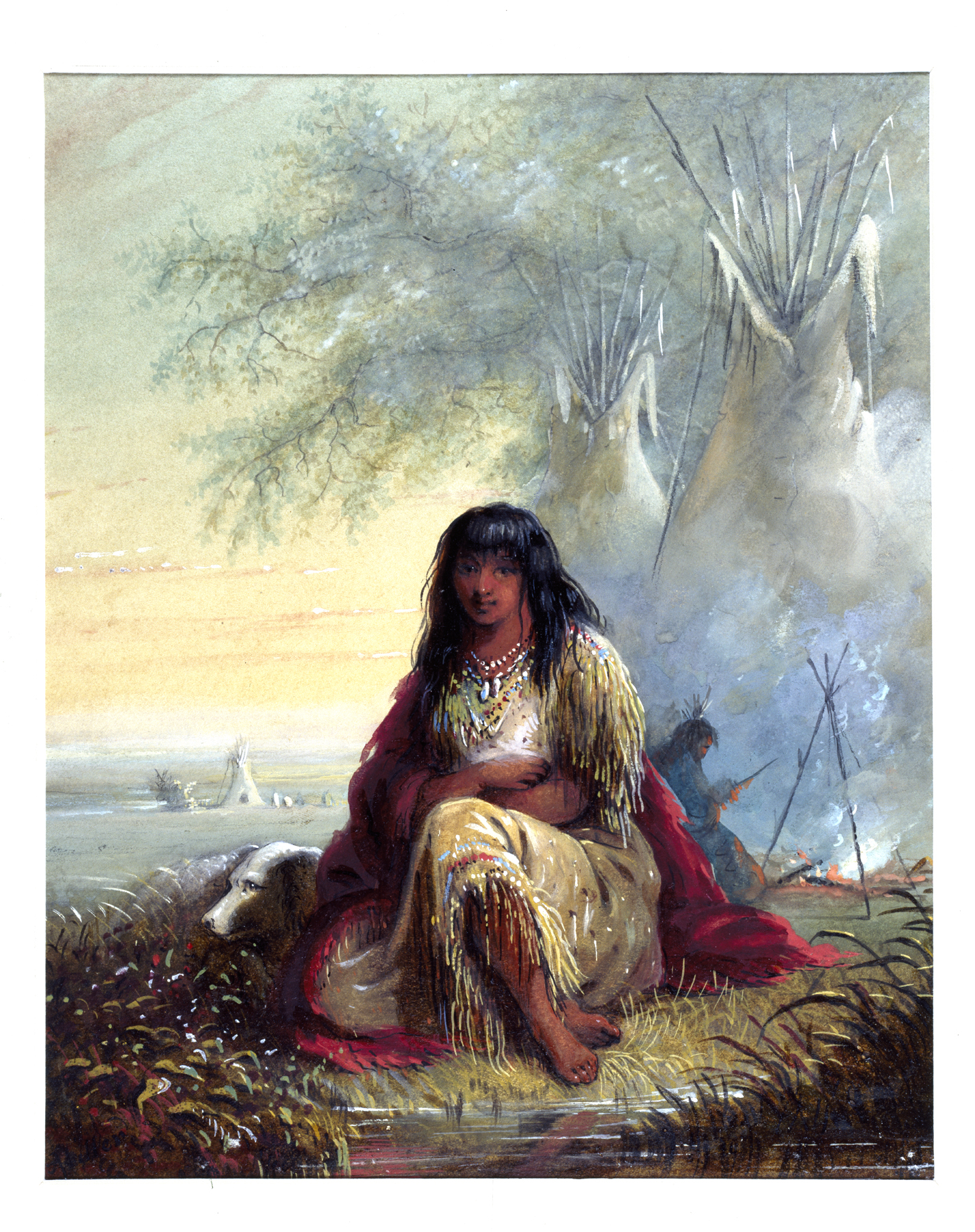 "The amusements of these young girls is very limited - riding horses, when they can get them, swimming in the streams, which they can do like ducks, and playing with the dog. Fashion does not trouble their simple little heads, as is the case with their civilized sisters. Their dresses are not for the season but for all time, and as Nature has blessed them with a luxuriant supply of black hair, what do they want with a bonnet?" A.J. Miller, extracted from "The West of Alfred Jacob Miller" (1837).